The namesake city of Satmar Hasidism, located in was is now Romania, once hosted a vibrant Jewish community that largely perished in the Holocaust.

By JPOST.COM STAFF
Limmud FSU founder Chaim Chesler (R) with Nicolae Decsei head of the Satu Mare Jewish community.
(photo credit: Courtesy)
Advertisement
Limmud FSU founder Chaim Chesler was welcomed on Thursday by the head of the Jewish community in the Romanian city of Satu Mare.Nicolae Decsei feted Chesler at the 103-members synagogue in the city that once hosted a vibrant Jewish community, the majority of whom perished at Auschwitz-Burkina during World War II. The Satmar hasidic sect emerged from the formerly-Hungarian city with the same name. 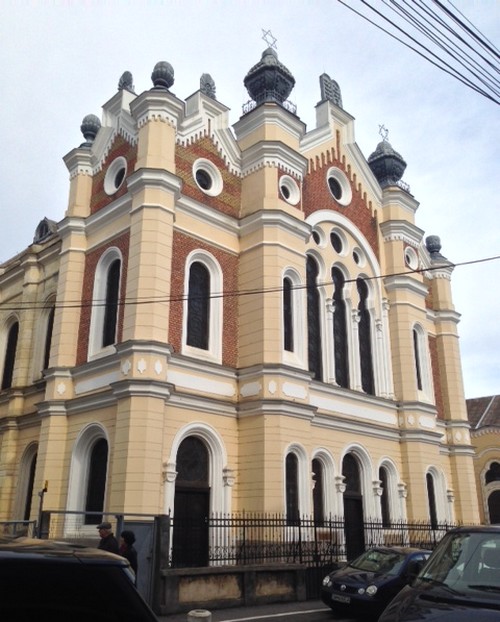