The Weekly Schmooze: Drake vs. the Illuminati

By LAHAV HARKOV
weekly schmooze 311
(photo credit: Courtesy)
Advertisement
Drake, everyone's favorite Jewish rapper, is having an interesting week. First, he's being sued for millions of dollars, following his bar fight with Chris Brown in June, and now he's trying to escape the Beyonce-Jay-Z-Blue Ivy Carter-Kanye West illuminati. Oh wait, that's just in his web comic. In The Hottest Chick in the Game, writer Sean T. Collins and artist Andrew White imagined what would happen if Drake decided to pursue his constant wishes (in his songs) that he weren't famous, but the hip-hop Illuminati won't let him escape. Rihanna and Nicki Minaj are featured in the comic, as well as Lil' Wayne, and a mystery guest at the end. 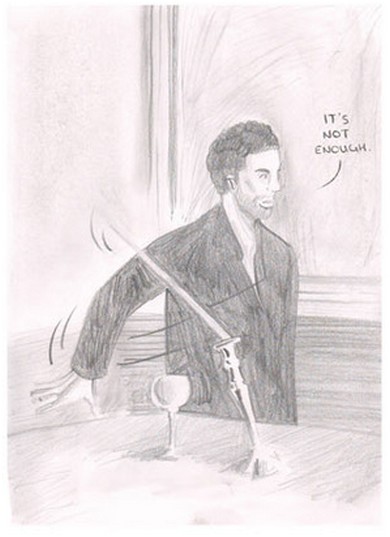 Drake (The Hottest Chick in the Game)The Internet fell in love with New York State Senate candidate Mindy Meyer from the moment she published her hot-pink leopard-print campaign site, and Jewish rock band The Groggers followed suit with their new song "Mindy." The band says they know Meyer is "gonna face rejection\but you'll always win in my election," and lead singer L.E. Doug Staiman asks the aspiring politician to let him be her first man and get matching spray tans.It's a big week for JAPs in the news. Mindy Meyer is clearly here to stay, and now Michael Dell's daughter lost her Twitter privileges. Dell is the 41st richest man in the world according to Forbes, and spends almost $3 million a year on security for his family – an effort undermined by 18-year-old Alexa Dell's social networking. The Columbia University student's constant updates on Twitter and Tumblr accidentally revealed her father's location, because they were stamped with a GPS location, compromising his security. A photo of her brother Zachary Dell eating on the family jet on the way to Fiji, which was then re-posted on Rich Kids of Instagram, was the final straw for the Dell family security detail – and Alexa's twitter feed was removed. No more social networking for you, young lady. Here's the offending photo: 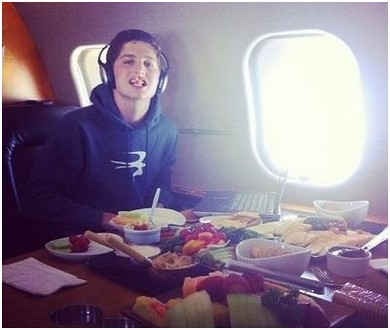 Zachary Dell (Twitter)It probably isn't politically correct to call Shaun Sperling a JAP, but the 33-year-old Chicago lawyer posted a fabulous video of his 1992 Bar Mitzva, in which he enters the event hall to Madonna's "Vogue," while, of course, vogueing and wearing a button-down airbrushed with Madge's image. Sperling told The Huffington Post that he had debated whether to post the video – which went viral in the past two weeks – but hopes it can help people be confident and be themselves. "Gay or straight, whoever has something inside of them that is a little different and outside the box, I think my message, and what it's always been for me, is all about self-respect," Sperling said. Sound has been cut off from the original video, but here's Sperling's dance:  In completely unsurprising news, Jews prefer Jon Stewart over Stephen Colbert. A survey by JDate and Christian dating site Christian Mingle showed that 51 percent of young Jewish singles like Stewart, and Bill Maher came in second for "favorite political news funnyman." SNL's Seth Meyers came fourth. Here's one of the reasons Stewart is the big winner:
Get More: Daily Show Full Episodes,Political Humor & Satire Blog,The Daily Show on Facebook
The Weekly Schmooze collects the hottest Jewish culture news from around the world. Ranging from celebrities to philanthropy to quirky communities, we're here to schmooze about Jews. If you have any news to share with The Weekly Schmooze, write to: [email protected].