weekly schmooze 311
(photo credit: Courtesy)
Advertisement
What were the biggest Jewish culture and gossip events of 2010? The Weekly Schmooze wants your input for its roundup of the Jewish entertainment stories you schmoozed about this year! Make sure to vote for your choices for top story, in this poll. 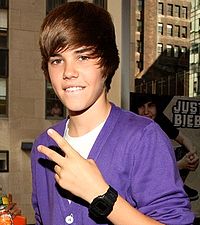 It's official: Teen heartthrob Justin Bieber will be performing in Israel on April 14, after his managers signed a contract with an Israeli production team on Sunday night. The Canadian singer was courted by many Israeli agents, including The Peres Center for Peace, but Marcel Abraham, the talent agent who recently imported Leonard Cohen, Elton John and Metallica, finally succeeded.Price of admission to the Park Hayarkon concert has not yet been set, but the show is expected to sell 60,000 tickets to see the 16-year-old with the trendsetting long hair. Bieber is rumored to be netting $1.6 million from the show. 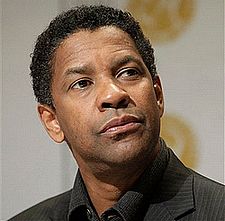 Celebrities may want to stay out of the spotlight when they're on vacation, but the Schmooze has an eye out, making sure that you don't miss any famous visitors to Israel. Last week, Denzel Washington paid a low-key visit to the Holy Land. The two-time Oscar-winner managed to avoid the paparazzi by wearing a hat as he and his wife stayed at the David Citadel Hotel in Jerusalem, shopped in Mamilla and toured the Old City. Washington also visited a friend in Haifa.Only a few days before his visit to Israel, Washington and actress Anne Hathaway hosted the Nobel Peace Prize ceremony, where there was an Israeli representative in the form of singer Idan Raichel. Raichel performed "Gift of Acceptance," a song from his upcoming album with singer India.Arie. 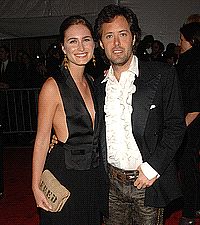 In other collaborations, the Bush clan is about to have a Jewish member. Lauren Pierce Bush, a model and former president George W. Bush's niece, is engaged to marry David Lauren, an executive at Ralph Lauren, who happens to be his father. The designer was born Ralph Reuben Lifshitz.Actor Mel Gibson has become infamous for his drunken, anti-Semitic rants in the past few years, an infamy that has been compounded with domestic abuse accusations by his second wife. It turns out that actress Winona Ryder has known about Gibson's dark side for well over a decade. In a GQ interview promoting her new film Black Swan, Ryder says that 15 years ago, "at one of those big Hollywood parties," Gibson got drunk and made some interesting comments. 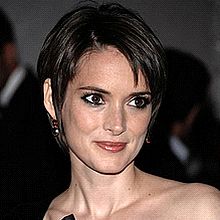 "I was with my friend, who's gay, and [Gibson] made a really horrible gay joke," Ryder said. "Somehow, it came up that I was Jewish. He said something about 'oven dodgers,' but I didn't get it." Ryder said that she concluded that Gibson was "anti-Semitic and homophobic." For some reason, Ryder didn't share these feelings with anyone, until we all knew already.This week, Larry King, celebrity interviewer extraordinaire, who was raised Orthodox in Brooklyn, hung up his suspenders after 25 years on CNN. King was serenaded by Tony Bennett and Regis Philbin and feted by US President Barack Obama and former president Bill Clinton, as well as Ryan Seacrest, Barbara Walters, Arnold Schwarzenneger and others. Perhaps the most interesting part of the finale was when King interviewed "himself" – that is, Saturday Night Live comedian Fred Armisen's impression of Larry King:The Weekly Schmooze collects the hottest Jewish culture news from around the world. Ranging from celebrities to philanthropy to quirky communities, we're here to schmooze about Jews.If you have any news to share with The Weekly Schmooze, write to [email protected]
Advertisement
Subscribe for our daily newsletter