The world's most influential Jews: 31-40 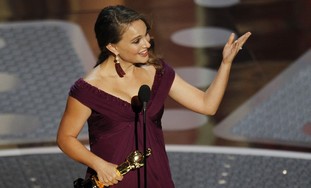 Natalie Portman
Natalie Portman is Israel’s top representative in Hollywood. The starlet, who won this year’s Academy Award for best lead actress for her performance in the film Black Swan, is open about and proud of her Jewish heritage and her ties to Israel. Her Oscar win was big news in the Jewish state.However, she doesn’t only represent Israelis, but the Jewish people as a whole. Portman, who has appeared in advertisements for Christian Dior’s Miss Dior Cherie perfume, publicly criticized the anti-Semitic behavior of the fashion house’s creative director John Galliano, who was later fired.In her statement, Portman, who turns 30 on June 9, said that “as an individual who is proud to be Jewish, I will not be associated with Mr. Galliano in any way.”39. YITZHAK DAVID GROSSMAN Chief rabbi of Migdal Ha’emek Grossman (b. 1946) is the epitome of selfless dedication to the welfare of the needy. A scion of a Jerusalemite rabbinical dynasty, Grossman decided following the Six Day War of 1967 to move to the northern town of Migdal Ha’emek to help the community through educational and social work. A year after arriving, he was appointed as the town’s chief rabbi, a position he holds to this day, and in 1972 he founded Migdal Ohr, an educational network serving thousands daily. A member of the Chief Rabbinical Council, Grossman received the Israel Prize for his life’s work in 2004.Unlike many of his peers who focus their energies and educational efforts on their own communities, Grossman stands out as a haredi rabbi par excellence who has committed himself to a populace and locale distant from himself and his background in many ways: Migdal Ha’emek is geographically far from the Torah centers of Jerusalem and Bnei Brak, composed of immigrants and people of Sephardi heritage, and not haredi. But to Grossman, that is where he is needed and his duty as a man of religion is to serve that community.His attitude of openness and acceptance of the other have gained him huge popularity on the local and national scene. There were reports of him being a possible candidate for the position of Jerusalem’s chief rabbi. He also recently told the Walla website that he does not rule out the possibility of contending for the position of Israel’s chief rabbi.40. SHLOMO AMAR Sephardi chief rabbi Rabbi Amar, 63, is slowly but surely positioning himself to become senior Sephardi adjudicator Rabbi Ovadia Yosef’s successor.The Knesset recently approved in a preliminary reading an amendment to the law limiting a chief rabbi’s tenure to 10 years, which would enable Amar to remain as long as necessary in the central position he currently holds, and continue to gain political power as well as public recognition. It has been said that none other than the prime minister and justice minister were involved in the initiative to enable Amar’s term to be prolonged (though the actual bill was presented by members of the Kadima opposition party), out of fear that the next chief rabbi would be more stringent and less easy to get along with.Ironically, in recent months Amar has moved to the Right more and more, such as in the case of approving the IDF conversions, which critics say took him way too long, or dragging his feet on finding a mechanism to approve Orthodox conversions from abroad. It seems as though Amar, who had the reputation of a relatively open-minded adjudicator true to his North African heritage, is increasingly seeking the affirmation of the haredi establishment as he sets his sights on being the next rabbinic father figure for the Israeli Sephardi community. At the same time, Amar is creating alliances with senior members of Shas, many of whom realize that Yosef’s powerful rule will inevitably come to an end, and are preparing for the day after.Amar’s term as chief rabbi is scheduled to end in 2013, but he will no doubt strive to continue to be a key player in the intricate game of religion and politics in Israel.