Israel Seeks to Return Assets to Heirs of Holocaust Victims 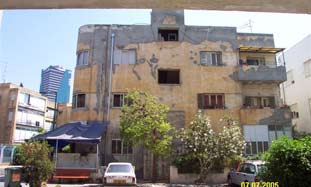 “Wehope we can locate some people who’s relatives were killed inHolocaust”, says the Company’s CEO, Zvi Kanor. “Our mission is to righta decades-old wrong”  Kanor says, “Only 5 years ago the IsraeliGovernment made restitution of these assets of Holocaust victims anational priority and we are totally committed to investigating everyavenue to get the job done.”
An interview with Elinor Kroitoru - Head of asset location and heir search division

As of today, the combined assetsare worth an estimated 850 million NIS ($230 million), with themajority of that value coming from real estate. There are alsounclaimed bank accounts, stocks, bonds, shares and even a small numberof works of art.While the Company searches for family anddescendants of victims, it is actively helping the Holocaust survivorsstill with us. Over the past two years, the Company has given some 170million NIS ($46 million) to help survivors in need make ends meet withmedical costs, physical and psychological assistance and otherexpenses. For 2010, some 130 million NIS ($35 million) has beenearmarked for the same worthy cause. The Company is also planning tomake key disbursements to Holocaust memorial and education programs.
Plot of Land in Denia Section of Haifa 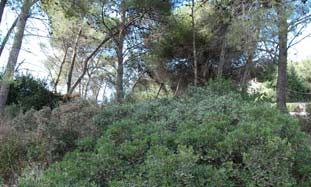 Nevertheless,the Company is meeting resistance from several key Israeli institutionswho are in possession of these assets. “There is legal action pendingagainst several Israeli banks, including Bank Leumi (formally theAnglo-Palestine bank) which is reluctant to hand over the funds whichthey’ve been holding on to for decades” says Kanor.
The Company’s Chairman of the Board of Directors, Menachem Ariav, now80, is himself a Holocaust survivor. Having made “Aliya” in 1949 andliving through the formative years of Israel, Ariav is now leading thecharge to get the assets, which have been lying around, forgotten tothe world, back into the hands of their rightful owners. “In just a fewyears, all of the people who lived through the darkest time of humanhistory will be gone. We are in a race against time as everyday, withthe passing of every survivor, information is lost forever.  We owe itto them and the 6 million who were killed by the Nazis to keep theirmemories alive and to do the right thing by returning these assets”states Ariav. “These people invested in a Jewish homeland which, if ithad existed at the time, might have saved them. They never lived to seethis dream, the dream of the State of Israel, to come to pass. Theleast the State can do is to give the families what rightfully belongsto them.”