Prime minister says Israel obligated to fight problem of "hatred of Jews" after white supremacist allegedly kills 3 in US attack. 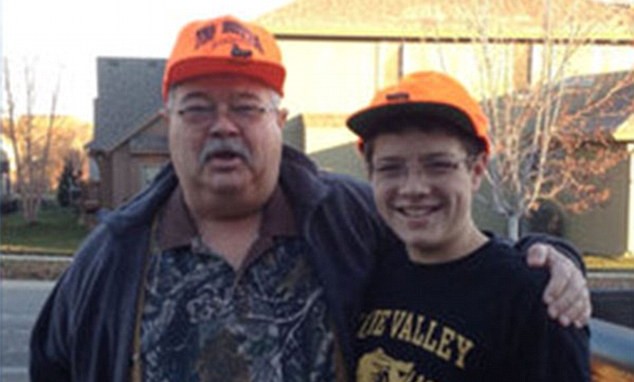 Prime Minister Binyamin Netanyahu sent his condolences to the families of those killed in Sunday's shootings at two Jewish centers in Overland Park Kansas."We condemn the shootings which, according to all the signs, were perpetrated out of hatred for Jews," Netanyahu said Monday of the attack, allegedly carried out by a former leader of the Ku Klux Klan.Netanyahu added that Israel was obligated to fight against the problem of anti-Semitism.Frazier Glenn Cross Jr., 73, of Aurora, Missouri was identified as the suspected shooter by law enforcement sources, the Kansas City Star reported.
Three people were killed on Sunday afternoon at the Overland Park Jewish Community Center and the nearby Jewish assisted-living center, Village Shalom, outside of Kansas City, Kansas. Cross had known ties to white supremacist groups and has been involved in previous threats, according to CNN. The Southern Poverty Law Center, a civil rights organization that tracks hate groups, said Cross uses the aliases Glenn Miller or Frazier Glenn Miller and is the former Grand Dragon of the Carolina Knights of the Ku Klux Klan.Cross quit high school and became a member of the elite Green Berets, serving two tours in Vietnam. However, he was forced to retire in 1979 because of his Klan affiliation, according to the SPLC.Later he became active in a neo-Nazi group called “The Order” that advocated violence against Jews and African Americans, the SPLC said.During the shooting, he asked people if they were Jewish before shooting at them, witness Rabbi Herbert Mandl told CNN. A total of five people were shot at, but only three were hit.Some of his more minor offenses include buying or trying to buy advertising time on various Missouri radio stations, including at least one in Kansas City, claiming he was a write-in candidate for the US Senate for Missouri. The ads were extremely offensive to Jews, African Americans, and the federal government, the Star reported.“We’ve sat back and allowed the Jews to take over our government, our banks and our media,” one radio commercial said.The ads were eventually banned by the Missouri Broadcasters Association.The two victims gunned down at the JCC were identified as Dr. William Lewis Corporon and his 14-year-old grandson Reat Griffin Underwood, according to the Star. Their family was Christian and belonged to the United Methodist Church of the Resurrection in Leawood, Kansas, church spokeswoman Cathy Bien told the Star. The third victim's name was not released.Despite the fact that the attacks occurred on the eve of Passover at Jewish sites, both US President Barack Obama and Overland Park Police Chief John Douglass were hesitant to call the attack a hate crime or anti-Semitic. Obama expressed his condolences to the families of Sunday's shooting victims in a statement released early Monday morning, though he did not reference the nature of the crime or the fact that the attacks occurred at Jewish community buildings."While we do not know all of the details surrounding today’s shooting, the initial reports are heartbreaking," he said. "I want to offer my condolences to all the families trying to make sense of this difficult situation and pledge the full support from the federal government as we heal and cope during this trying time." Douglass said at a press briefing that it was too early to label the attacks as anything other than "vicious acts of violence," though the attack would be investigated as a hate crime, he added. “We might make that assumption but we need to know more,” he said.Douglass did not confirm what many outlets reported — that the suspect shouted “Heil Hitler” — but said merely that Cross made “several statements” while in the back of the police vehicle that were being vetted for accuracy and evidentiary value. However, local news station KMBC caught Cross yelling what sounds like "Heil Hitler" on camera as he sat in the back of a police car.The FBI and local authorities were continuing the investigation into whether he had an anti-Semitic motive.
Advertisement
Subscribe for our daily newsletter