A 'Jpost' column wrapping up the hottest Jewish culture news worldwide: J-Vanka Jr. on the way; a yeshiva league slam-dunk. 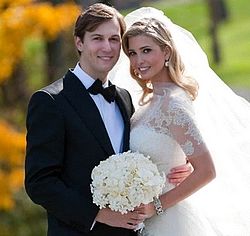 twitter last week that she's pregnant. Her conversion and marriage to Jared Kushner were the number two Jewish gossip item of 2010 – maybe a baby will bring her the top spot this year. The Schmooze's prediction? With parents like these, the baby will be tall, good-looking and have a great business sense.Speaking of Jewish buns in the oven, we have another Natalie Portman story. Not only was the Black Swan star nominated for a Best Actress Oscar this week, but she also got in touch with her Jewish side in more than one interview. First, on the red carpet for new film No Strings Attached, the pregnant actress revealed that she's been saying "keneyne hara" a lot after being asked about her baby. "I'm very superstitious. I'm very Jewish that way," she said. 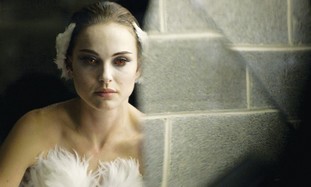 In an interview promoting the same film, the Jerusalem-born actress said that co-star Ashton Kutcher "has taught me more about Judaism than I think I have ever learned from anyone else." She said that Kutcher is "a very serious student of Kabbalah and Judaism" and that "he reads the Torah every Saturday." Kutcher also reads Hebrew in a Jewish funeral scene in the film.Have you ever heard of a "news shofar?" Jon Stewart seems to have coined a new term for when Jews have news, in the beginning of this clip. The Schmooze needs to get its hands on one of those. The rest of the clip deals with Fox News' use of Nazi symbolism, which drew the ire of some American rabbis this week. 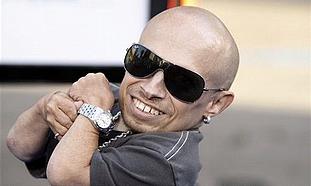 In the most random news you are likely to hear this week, get ready to see Verne Troyer's picture all over billboards in Israel. Troyer, better known as Mini-Me from the Austin Powers movie series, will be modeling for Israeli clothing chain TNT. The store is not new to the stunt-casting game. Their previous presenter was Jesus Luz, better known as Madonna's ex-boyfriend whose mother is younger than Madonna.Also quite odd is a Jew playing Saddam Hussein in a movie, but it looks like it's going to happen soon. Sacha Baron Cohen is going to star in the movie version of a novel 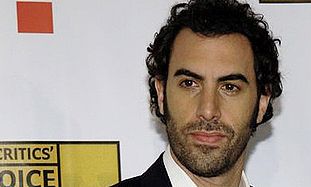 written by the Iraqi dictator. The book, Zabibah and the King, is a parable of the Persian Gulf War and Hussein's love for the Iraqi people. The film has been retitled The Dictator and will be directed by Larry Charles, who helmed Baron Cohen vehicles Borat and Bruno.Whoever said white men can't dunk, or that Jews can't play basketball, should pay a visit to Valley Torah, a Jewish high school in California. Check out Aaron Lieberman dunking the ball. This may be a regular occurrence in public high schools, but in the yeshiva league, this is a big deal:The Weekly Schmooze collects the hottest Jewish culture news from around the world. Ranging from celebrities to philanthropy to quirky communities, we're here to schmooze about Jews.If you have any news to share with The Weekly Schmooze, write to: [email protected]