Vote for the biggest Jewish World news event of 2010

By GIL STERN STERN SHEFLER
Chelsea Clinton 311
(photo credit: ASSOCIATED PRESS)
Advertisement
The year 2010 brought many major news events in Israel and the Middle East, and across the globe. This year, we're asking Jpost readers to vote for the biggest news events of 2010, for our special end-of-year summary. Vote now for the Jewish World category:
Hecklers disrupt Netanyahu speech 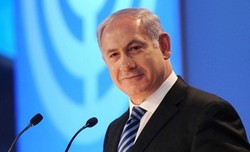 NetanyahuLast year Peter Beinart wrote a controversial article which appeared in the New York Review of Books that Liberalism and Zionism were drifting apart. Whether the thesis is true or not is up for debate. His argument would seem to be supported by the scene at the recent General Assembly of the Jewish Federations of North America, where a group of Jewish protesters heckled Prime Minister Binyamin Netanyahu, demonstrating against the ills of the occupation and loyalty oath. But are these the disenchanted youth Beinart predicted would rise up or just a fringe minority? It must be said, five people standing on chairs waving homemade placards do not a revolution make. Yet.Conversion bill controversy 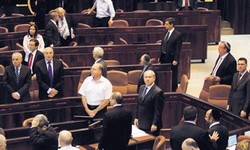 Conversion BillThe question of who is a Jew, a question almost as old as the religion itself, was raised anew this year. This time the controversy was who should control the mechanism of Jewish conversion. Seeking a solution that would ease the notoriously cumbersome process, Israeli politicians suggested enlisting the free market. By their logic, empowering municipal rabbis to carry out conversions they would create competition and thus facilitate conversions. But the proposal angered many people, particularly North American Jews who said it would officially place authority over conversion in the hands of haredi-controlled rabbinate.
De-legitimization of Israel turns mainstream 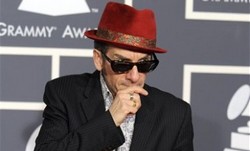 Elvis CostelloThere was a time when arguing Israel has no right to exist was considered an extremist opinion. But, increasingly, the position is being adopted around the world, not only by Arabs and Muslims but also by Western intellectuals and activists. Even in the US, once a solid bastion of Israeli support, there are signs it is being increasingly accepted. Divestment and cultural boycotts are being pushed heavily on college campuses around the nation. Singers Elvis Costello and Devendra Banhardt were talked out of touring of Israel by such movements. Slurs against Jews 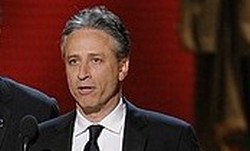 Rick SanchezOne of the fastest ways of losing your job nowadays seems to be making a slur against Jews. This year White House correspondent Helen Thomas was forced into retirement ending a career which spanned six decades after she told Jews in Israel to go back “home” to Poland and Germany. Later, CNN anchor Rick Sanchez said something about comedian Jon Stewart and Jews controlling the media in an interview and was fired so fast he was left spinning. Such incidents seem to illustrate what we already know, that prejudice and bigotry still exists but also that nowadays such opinions are less tolerated than ever before. In the case of Sanchez, at least, one might even ask if perhaps not too much was made of his remark, which he apologized for making immediately (an apology which was deemed sufficient by Stewart but not by his bosses).Chelsea Clinton marries a Jew 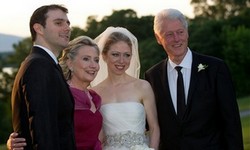