Just as that crown is associated with suffering and death followed by resurrection, the researchers hope the tree can help support life in areas threatened by deadly heat.

A man playing the role of Jesus carries a cross during a procession along the Via Dolorosa on Good Friday during Holy Week, in Jerusalem's Old City April 18, 2014.
(photo credit: FINBARR O'REILLY / REUTERS)
Advertisement
NEOT KEDUMIM, Israel - As the sun beats down on the barren slopes around Jerusalem, a tree of the kind believed to have provided the crown of thorns in Biblical accounts of Jesus Christ's crucifixion stands unaffected, its fruits ample and foliage green.While pilgrims prepare to converge on the city at Easter to commemorate the events of Christian tradition, Israeli scientists researching climate change are at work in the surrounding hills studying the Ziziphus Spina-Christi, commonly known as Christ's Thorn Jujube.They believe it is a "pioneer species" in the fight against desertification because its hardiness makes it resilient to rising temperatures and aridity. It can draw water from deep underground, and it retains the ability to photosynthesize even when exposed to high temperatures and solar radiation. 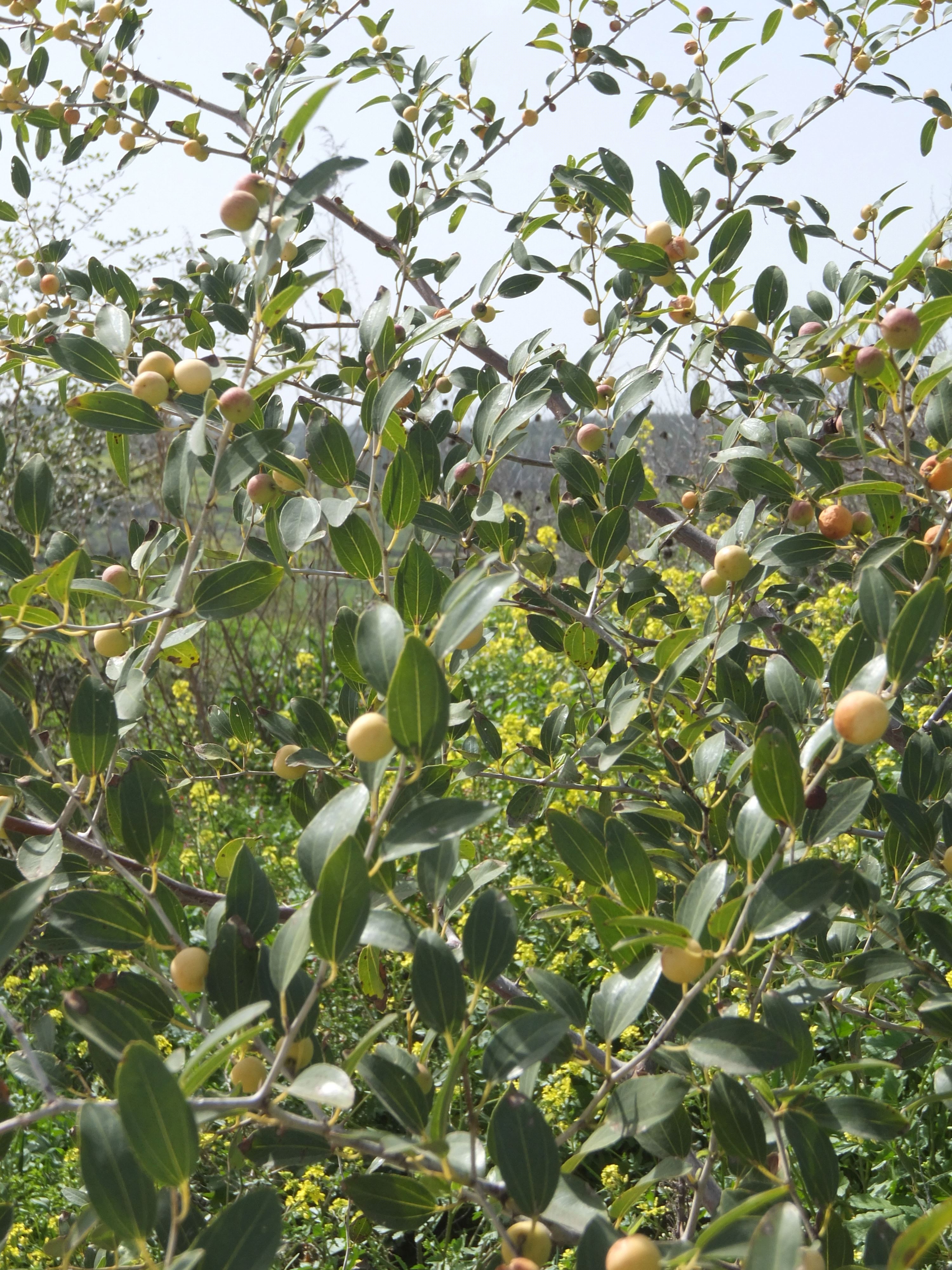 Ziziphus Spina-Christi (Davidbena/Wikimedia Commons)
"It's one of the few species that we can plant on these slopes that have nothing on them," said Shabtai Cohen of Israel's Volcani Agricultural Research Center, who has been working with France's National Institute for Agricultural Research and researchers at Israel's Hebrew University."We only know maybe one or two other species that can do that."Various plants have been proposed as the source of the crown of thorns the New Testament says was placed on Christ's head in the lead-up to the crucifixion, and no-one knows for certain. But the consensus among Christian scholars tends towards Ziziphus Spina-Christi.
Orthodox Christians hold Easter Sunday procession in Jerusalem , Israel on April 16, 2017
A Related Video You May Like:
Just as that crown is associated with suffering and death followed by resurrection, the researchers hope the tree, which provides sustenance to bees and insects, can help support life in areas threatened by deadly heat."Studying its attributes and its traits is going to help us to breed species that we want in the future," said Cohen.