Bombach: Haredim can live in modern world without compromising values

The Netzach Educational Network currently has 1,500 students and an additional 18,000 students in its online school.

“I grew up in the Mea She’arim neighborhood in Jerusalem, and I ‘made aliyah’ to Israel at the age of 20,” said Rabbi Menachem Bombach, founder of the Netzach Educational Network of schools for the haredi community in Israel.

Speaking at The Jerusalem Post Conference in New York, Bombach described how, growing up, he spoke only Yiddish. He decided to teach himself Hebrew, English and mathematics in order to participate in Israeli society.

Bombach established the Netzach Educational Network in Israel, which operates 12 schools for haredi children that uphold their religious values while enabling them to study science, technology, nature, history and civics. “Our students want to engage with the modern world and the State of Israel,” he said. “They want to learn English and travel. They learn Gemara and Tanach, and we take them to places throughout Israel where their history took place.”

The Netzach Network teaches secular subjects alongside high-level Jewish studies. Students graduate with a full matriculation certificate, allowing them to attend university and learn a profession. “They will become the haredi doctors, nurses, engineers and police officers that Israel needs,” said Bombach.

Bombach reported that there are thousands of haredi children and teenagers who want to contribute to Israeli society without leaving their community. “We show them that they can live in the modern world without compromising their haredi values,” he said. 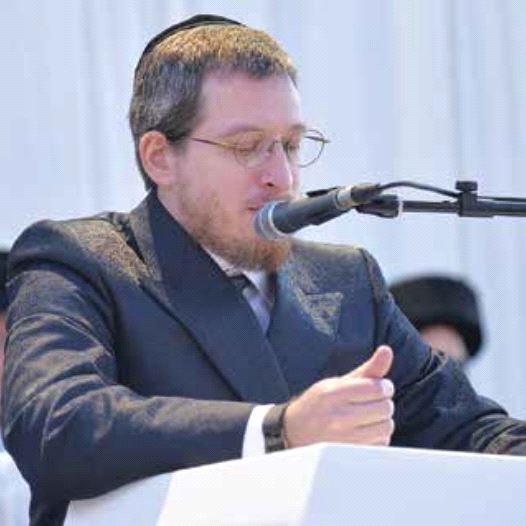 The Netzach Educational Network currently has 1,500 students and an additional 18,000 students in its online school. Bombach said that their schools are supported by the Israeli government and local municipalities, and they plan on adding 10 more schools in the next three years.

According to Bombach, the haredi community in Israel is changing. “It will take time, because we are a very conservative community, and we are afraid of change, sometimes for good reasons,” he said. “We can’t push too hard – it needs to be a gradual process.”

“We can’t build a Jewish state without including the haredi community,” he added. “We need to create more schools and frameworks where they can learn how to contribute to Israeli society. When haredim participate in society, they contribute their intellectual prowess, their enthusiasm for acts of loving kindness, their family values and their commitment to a confident Jewish identity. We need to help the members of this community to ‘make Aliyah’ – from the Israeli cities of Bnai Brak, Beitar, Elad and Kiryat Sefer, to full participation in Israeli society.”