All means all: A Sukkot lesson on inclusion in Jewish tradition

May we open our sukkot, our homes, and our hearts to those on the outside – whomever they may be. 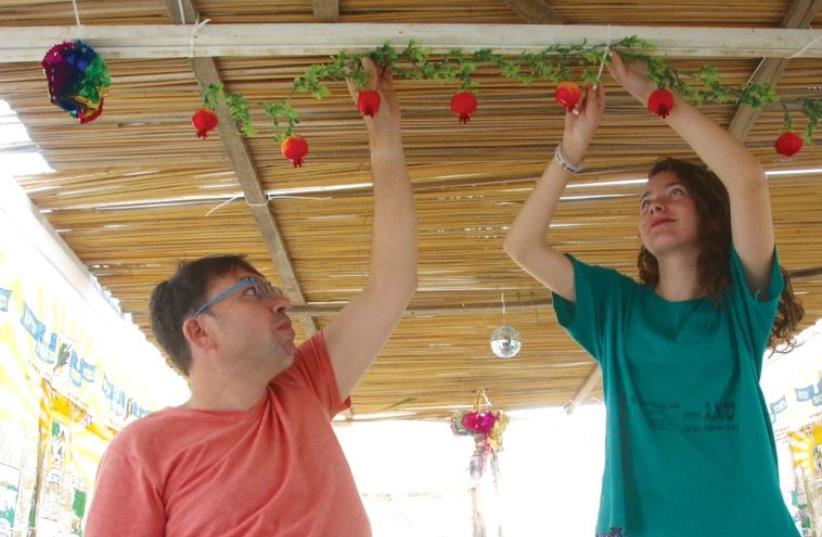 We often hear criticism within the Jewish community regarding our differences. We stick ourselves, and most often others, in little boxes, separating the tiny nation of Israel into even smaller segments.

Yet, I firmly believe that when we look for the proper inspiration within our people and traditions, we will realize that those differences in practice, and even in belief, are primarily external.

As we celebrate Sukkot, it is worth remembering that the concept of inclusion is a central component within the ancient observance of the holiday.

It is written in Deuteronomy that on the second day of Sukkot, following the end of the seven-year cycle – the shmita year that we just concluded – the people of Israel would gather and the Torah would be read in the presence of the entire nation. The Torah reads “Assemble all the people: the men, the women, the children.”

Our scholars have taught that this gathering, known as hakhel, was intended to be a sort of “reenactment” of the revelation at Mount Sinai – arguably the penultimate spiritual event in the creation of the Jewish nation. The gathering was meant to inspire the nation in their faith in God – enough to last until the next cycle, seven years later.

This is perhaps the only event that both welcomes, and expects, the attendance of every single Jew. The point is very clear – we are not a nation without every part of that nation. No Jew, regardless of whether they are male, female, young, old, secular or religious, has any less value in this ultimate pursuit of contributing to the greater nation.

That is what inclusiveness is all about.

How do we achieve inclusivity?

BUT AS noted above, even while we know that including all types of people is critical toward nation-building and unity, it can often be a deeply challenging one to achieve.

I know this to be particularly true when it comes to including the more disadvantaged members of our society; the sick and physically handicapped. How can we make sure they aren’t left behind? Are we doing enough for them to experience all that the world has to offer?

If there is any lesson worth remembering this Sukkot, and hopefully take with us throughout the year, it is how much of a difference we can make if we invest more of ourselves to become a truly inclusive society.

To demonstrate my point, I want to share the story of one of our very special campers at Camp Simcha, a summer camp for children and teens with serious illnesses and physical disabilities. Malky, 17, was born with cerebral palsy and has been confined to a motorized wheelchair for most of her life. With decreased motor functioning, she struggles to speak clearly and communicates via a special device that conveys thoughts into audible, digitally-created speech.

I know that all Malky wants is to feel seen and heard. For people to take the extra time it requires to have a real conversation with her. To be included. Each year at camp we are able to give her that gift in an environment where she is able to thrive and enjoy, without being judged by her illness and her disabilities. Surrounded by friends and hundreds of volunteers who give of themselves to help everyone fit in, she is Malky.

On an emotional level in their day-to-day lives, people like Malky often live with the frustration that their lives will never be “normal.” Even though their cognitive functioning might be completely in order, and they might be as smart and knowledgeable as the more able-bodied among us, they will always be looked at differently. And they know very well that they are being judged mostly based on their handicaps.

But we need to remember that verse in Deuteronomy, where it says that “all” the people should be included in hakhel.

“All” literally means all. It means that when we went up to Jerusalem for hakhel – and may we be blessed to see that ancient tradition restored in its original intended form speedily in our days – all the Malkys in the world will be there with us.

And until that time, may we be inspired to take that message and internalize it to open our sukkot, our homes, and our hearts to those on the outside – whomever they may be.