Parashat Vayera: The scalpel and the knife

The Torah has 70 faces, as the Rabbis tell us. All of these interpretations and many others have their worthiness and weight, and yet there is room for more. 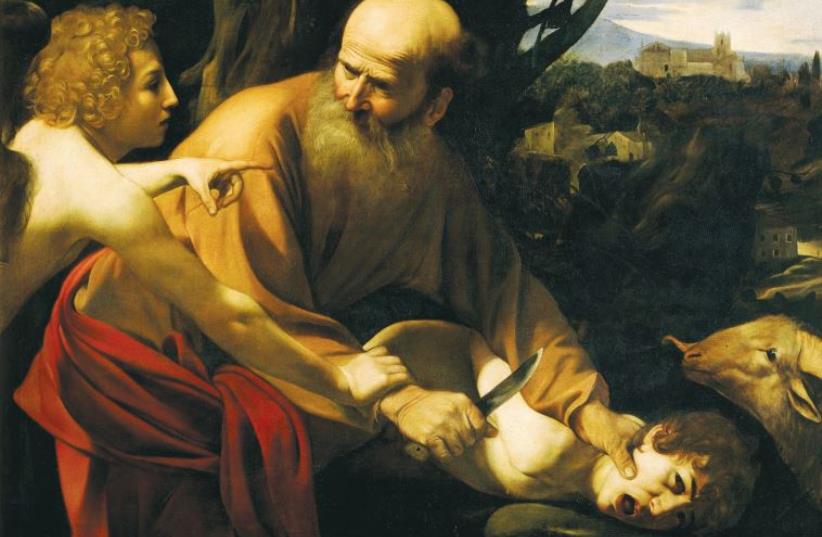 'The Sacrifice' of Isaac’ by Caravaggio. The author says the akeda is the supreme test of faith, and shows how man can push himself to the limit
(photo credit: Wikimedia Commons)
Advertisement

Few things are less interesting than other people’s medical history, but bear with me for one moment, since from a brain tumor I learned a new way to look at the Akeda.

In 2003, I was speaking at the opening of the University of Pennsylvania Hillel when I had a grand mal seizure. To make a long story short, a few weeks later I had surgery for what proved to be (thank God!) a benign brain tumor. Seven years later a leak developed in the original site of the surgery and I had to have another brain surgery.

Although you may have intuited this, I can attest from experience that brain surgery is not fun. I highly recommend avoiding it. I have also had chemo for lymphoma, which is also not fun, but in a different sense. When I was recovering from my second surgery, they put a plaster cast around my head and I had a swollen head (insert joke here), immobile, pretty miserable, for a few days.

However, when they cut the cast off and I could go home, I was suddenly and unexpectedly exhilarated. This giddy moment gave me a new way to look at the parasha.

The vast majority of the commentary on the Akeda deals with the motive of God and the reaction of Abraham. (And there is also a beautiful Yehuda Amichai poem about the fate of the ram.) Relatively little is written about the feelings of Isaac.

The tradition praises Isaac for his willingness to submit. And there is a tradition that the experience created an estrangement between Abraham and Isaac, as they never speak again after this incident or, seemingly, meet again until Isaac comes together with Ishmael to bury their father.

The Rabbis say that Isaac went off to study in the yeshiva of Shem and Ever. Some commentators suggest that the reason Isaac’s story is seemingly truncated – there is less about him than about Abraham or Jacob – is that he was traumatized by the Akeda and therefore unable to live as full a life.

The Torah has 70 faces, as the Rabbis tell us. All of these interpretations and many others have their worthiness and weight, and yet there is room for more.

What I realized leaving the hospital is that everyone goes under the knife. For many it is a literal experience, and for others it is a trial of one kind or another that threatens to cut away at something in life. The Akeda, among so many other things, is also a paradigm for the reality that we must all face the existential questions of fear and fate.

How did Isaac feel about the Akeda? There is room for more than one feeling in the human heart, and surely alongside his perplexity and faith there was fear. Yet after the angel cried out to Abraham and Abraham withdrew his hand, could there not also have been exhilaration? Would Isaac not step away from the altar, as I did from the hospital, with the electrifying recognition that he had been under the knife and survived?

Yes, it is quite different to face a knife intended to sacrifice you (especially when wielded by one’s father) and a scalpel intended to cure you. But in both places the mal’ach hamavet, the angel of death, hovers overhead. Everyone who has faced death in any of countless ways, as so many of us have, understands the enveloping nature of the trial and the astonishment of pulling through.

We often translate Isaac’s name as “laughter.” Strictly speaking, of course, “Yitzhak” means “he will laugh.” Yet there is no instance in the Torah of Isaac actually laughing. When did our patriarch actually fulfill the destiny of his name?

After I left the hospital, I imagined that perhaps, as he walked down the mountain, Isaac laughed. ■

The writer is Max Webb Senior Rabbi of Sinai Temple in Los Angeles and the author of David the Divided Heart. On Twitter: @rabbiwolpe.