Ask the Barman: Where everybody knows your name

Maya Tishler runs the show at Shishko bar, insisting she has the best job in the world.

By YONI COHEN
Bartender Maya
(photo credit: Yoni Cohen)
Advertisement
Walking into Shishko bar just off Allenby Street in Tel Aviv you could be forgiven for thinking that you have walked into a Bulgarian version of the hit show Cheers set in Tel Aviv. No, this isn’t some strange parallel universe; it’s a warm and friendly neighborhood bar that’s owned by Bulgarians who want to provide a place for Tel Avivians to relax and unwind after a hard day at the beach. With a loyal band of regular customers who go to enjoy the traditional Bulgarian food and the extensive drinks selection, Shishko has its own unique vibe. The older customers go for the food, while the younger crowd takes advantage of the good prices and the no nonsense attitude. Nearer the end of the week though Shishko picks up the pace a little and offers something for those looking to party. Experienced bartender Maya Tishler runs the show, making customers feel at ease with her huge smile and upbeat personality. While not a big fan of making cocktails, Maya has years of experience serving every drink under the sun in bars around the world including cities such as New York and Tokyo. She met some of her best friends while working at bars and insists that she has the best job in the world. 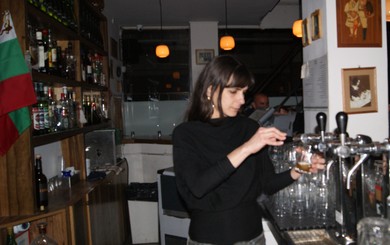 How did you get into bartending? It all started as a joke with my dad and his friend who owned a bar. When I was 12 I started waitressing on Friday evenings and I haven’t stopped since. So you started early then? Yes, I’m doomed. So did you learn what you know on the job or did you do a course? Well I never did a course. I just learned everything I know while working behind the bar. I’m not a big fan of cocktails anyway.What’s the craziest night you’ve ever had? Wow, there are so many. I can’t really pick one. There must be one that stands out? One time there was a customer who wanted to have a head-to-head drinking competition. He said he would pay for everything and we would take it in turns to have shots. I said to the other barman who was working, “I am going to die tonight but you are going make loads of money in tips.” Each one of us drank a bottle of vodka. I think he quit before I did. So that means you won? Yes I did. And he paid for everything and left a very generous tip. When you drink behind the bar does it make working easier or harder?I think it makes it easier because it’s like energy. It’s like petrol. Who is the most interesting customer you’ve ever had? Macy Gray. How was she as a customer? She didn’t really sit at the bar. There were lots of people and lots of cameras. It was very much a case of “Hi, Bye!” 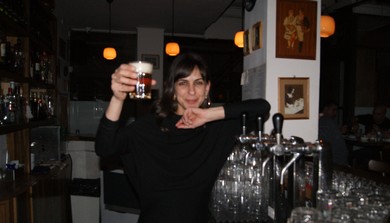 Who would be your ideal customer to serve? Either [former prime minister Yitzhak] Rabin because he knew how to drink and he would be a very interesting customer, or Jim Morrison. So what would you serve Rabin? I think whiskey. What would you serve Jim Morrison? Shots; lots of shots. Maybe even the whole bottle actually. What’s your favorite drink to make in general? I don’t think I have a specific drink. I like simple drinks. I am old fashioned that way. What’s your least favorite drink to serve? I don’t like it when people sit at the bar and order soft drinks. If you want juice then you should go to a juice bar. If you come to a bar then you should drink alcohol. What’s the best tip you have ever received? I really can’t remember anything specific. I get good tips though. I bought an apartment from tip money. What do you think it takes to be a bartender? Being good with people and being able to listen as well as entertaining people. Communication is also important. Any tips for anyone that wants to be a bartender? Smile. It always helps. What’s the best part of the job?It’s fun. I love my job. I think that’s the best part. 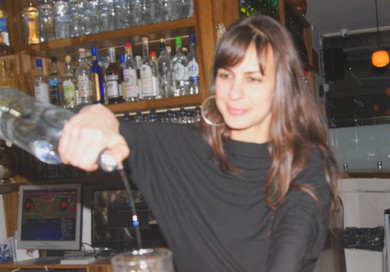 Shishko, Har Sinai 2, Tel Aviv 03-560-6406 Open Sunday to Thursday from 5 p.m., Friday from noon till 7 p.m., Saturday from 7 p.m. On March 31, Shishko will be holding a “Best Value” wine tasting evening. Buy a wine glass for NIS 50 and taste 16 different wines. There will also be discounts on full bottles. For further details call 03-560-6406.
Advertisement
Subscribe for our daily newsletter