As the countdown to 2012 begins, look back at the top 11 healthy and unhealthy food trends, stories and facts of the past year.

By KATHRYN RUBIN
DECEMBER 28, 2011 11:33
Food 311
(photo credit: Thinkstock)
Advertisement
1. Gluten-Free…everything: If 2010 was the year of organic, 2011 was the year of gluten-free…everything! While this trend did not necessarily start in 2011, it certainly grew exponentially over the past year, turning more and more people over to the gluten-free side. Gluten-free labels have been springing up everywhere from coffee (which is naturally gluten-free) to snack foods, bakeries and even restaurants. So what is the deal with this latest health food trend? Gluten, a protein found in wheat and other grains, such as barley and rye, has been blamed for a multitude of health “ailments” from headaches to weight gain. With some people swearing by the gluten-free way, and others reporting no differences, the jury is still out on this one. However, watch out as some gluten free products are higher in calories and sugar, and lower in fiber, than their gluten-containing counterparts.2. Vitamin D: When Vitamin E fell from grace, a new micro-nutrient took its place, winning our favor as perhaps the ultimate vitamin to fight off cancer, reduce heart-disease and may even help people lose weight. While most people had some idea that Vitamin D was important for the absorption and proper utilization of calcium, only recently have studies indicated that this vitamin plays an even greater role in the body. Laboratory, animal, and even some early human studies suggest that this vitamin may be protective against some cancer, while other research indicates adequate levels of Vitamin D may be important for decreasing the risk of high blood pressure. Finally, and probably most importantly as we enter the height of cold and flu season, a new study found people with the lowest levels of vitamin D, not C, in their blood are the most likely to come down with a cold. So whether you are soaking up the sun or getting it from a tiny pill or drop, make sure you are getting adequate amounts of Vitamin D each day. 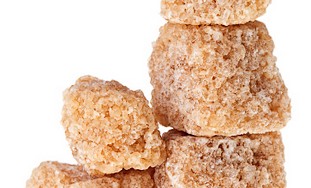 Photo; Thinkstock3. Natural Sweeteners: 2011 was certainly a kind year to be a “natural” sugar. This past year, natural sweeteners ranked as the second most-looked-for items on the ingredient label, after fat/oil. Unfortunately, while some natural sweeteners such as honey offer an array of health benefits, to the body sugar is sugar, no matter if it contains the word natural or not. All sugars have the same effect on one’s blood sugar levels, and can contribute to weight gain.4. Omega-3: This “good” fat has been on our radar for some time now. However, in 2011 Omega-3 took center stage under the heath food spotlight. Overall knowledge and an understanding of the importance that this fatty acid plays in the body was on the rise, and so was the demand for omega-3 rich foods, such as cold-water fish, nuts, flax and chia seeds. Moreover, this past year, an increasing number of foods started popping up with Omega-3 being advertised on their packaging. Watch out as more and more Omega-3 rich foods will find their way onto your local grocery shelves this coming year. 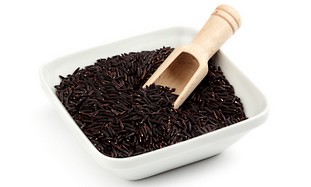 Photo; Thinkstock5. Black Rice: While the 90’s were known as the low fat decade, the first ten years of this millennium have been heavily anti-carb. However one grain managed to slip onto the super-food list this year – Black Rice. Once considered sacred among the Ancient Chinese, Black Rice earned itself the nickname “forbidden rice” as only the Chinese Emperor was allowed to eat it. So what makes this rice so special? Probably unknown to the Ancient Chinese, Black Rice is abundant in anthocyanins. Responsible for giving certain fruits, vegetables and grains a deep red, blue or purple stain, anthocyanins act as a potent anti-oxidant, ridding the body of harmful free radicals that can cause accelerated aging, cancer and heart disease. While many fruits such as blueberries are revered for their high anthocyanin content, a tablespoon of Black Rice yields more anti-oxidants than a similar amount of blueberries, as well as has less sugar and more fiber.6. Truffle Oil: In 2011, truffle oil was found everywhere from French fries, to fancy brunch eggs. And who doesn’t love the delectable flavor of this underground mushroom that both French and Italian chefs have adored decade after decade. Now most of us would think that truffle oil has some relationship to real truffles? Unfortunately, this is not the case. In fact, most forms of commercially available truffle oil are made by adding chemical fragrance compounds to olive oil. 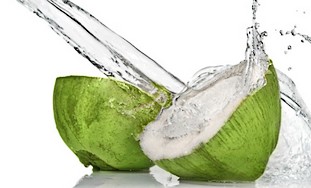 Photo; Thinkstock7. Coconut Water: Once shunned as a health nut’s worst nightmare, the coconut recovered some of its ruined reputation this past year. While coconut and coconut milk became more popular among healthy eaters, it was coconut water that really gained the most attention. One of the hottest health trends in drinks, coconut water was spotted everywhere this year. Due to its high electrolyte content, coconut water became acclaimed, and was advertised this past year as a natural sports drink.

8. Kale: This nutrient-packed leafy green was undeniably the all-star veggie of 2011. Whether it was found raw in a salad, sautéed with some chicken or tofu or tossed with pasta, kale took menus across the world by storm. And why shouldn’t it? Between its enormously high levels of Vitamin A, C and K, and not to mention the exorbitant amounts of anti-oxidants and flavonoids, kale is one of the healthiest vegetables around. Even Kale chips were a hot seller this year, as the organic stores were flooded with this green “healthy” crisp. However, watch out though, as a chip is still a chip, even if it is based on a nutrition superstar such as kale.9. Sodium reduced foods: This past year, sodium and sugar overshadowed trans-fats, becoming the ultimate ingredients to be blacklisted by health organizations. From reduced sodium soups, chips and even cheeses, to more and more “sugar free” foods, these two ingredients have been slashed from an array of your favorite food purchases. 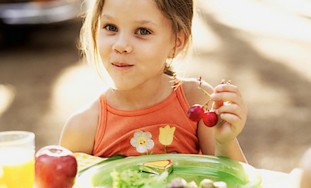 Photo; Thinkstock10. Healthy Kids Meals: For the past few years many fast food chains have introduced healthier options as standard. However this past year, many of them started to offer healthy children meals in an effort to help fight the childhood obesity epidemic.11. Pie: Last but certainly not least, we come to the top selling dessert of 2011 – pie! While 2010 was the year of the cupcake, and a few years before it was the era of the fro-yo, this past year was the time for pie. From sweet to savory, to supersized to pocket-sized, pie replaced the cupcake as the most versatile dessert of the year.