High fashion for the modern man

Yossi Katzav’s new mens' collection is a must-have for summer.

By CAROLINE FRANK
MAY 7, 2014 12:35
Yossi Katzav’s new mens' collection is out now
(photo credit: Courtesy)
Advertisement
While Israeli fashion designer Yossi Katzav has only had his mens' clothing line since 2009, SKETCH is quickly becoming a household name. The 2013 Israeli fashion designer of the year is known as one of the most influential designers in the country. Katzav (43) has moved his way up the fashion ranks over the years, having built Castro-Man in 2000, taking on the positions of design director at DKNY in New York and menswear director designer for FOX – all of which helped lead to the establishment of his own brand. “I really like art - everything starts with a sketch. It can be a design of fashion or it can be an artist doing his drawing,” Katzav says.“I look for artists from history like Picasso or Israeli artists or sculpturists. The SKETCH Spring Summer 2014 collection is influenced by the works of Nahum Gutman, an Israeli artist from the 1950s.”Gutman presented the land of Israel through the landscapes and people of the time.“I have a classic style with a twist. Gutman was a colorful artist, he introduced Tel Aviv through art and my past designs at SKETCH were known for basic colors of black, white, grey,  so with this Summer 2014 season I made a very colorful collection. We have everything from leather jackets, light sweaters, and now we are moving to more t-shirts, tank tops, all categories.” Each collection upholds the principle element of the line by putting the quality of the clothing first. “The design is done here in Rishon Lezion but all the manufacturing is done in Puru, Portugal and Brazil. All fabric is made in Italy and we never deal with synthetic or polyester fabrics, it is all natural fibers, cotton, wool, linen and cashmere,” Katzav says.Targeted at men aged 30 and above, SKETCH suits business men, doctors, architects, journalists and focuses on the high-end market.“I wanted to do something different. I use top quality fabrics made in Europe and we produce from each style only 100 pieces. It is very limited edition. It means there are only 20 pieces per size and I never do a repeat and if there is a style that is very good we don't repeat it. SKETCH is very unique, maybe too much but I really like it,” Katzav says.A number of limited edition shirts are incorporated in the collection creating a fresh and modern look. 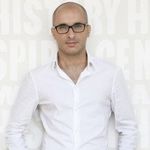 “We have a white linen shirt. The fabric is very nice, 100 percent linen made in Italy and it has a nice collar,” Katzav says.“I like the men who look like men, not too much fashion; classic with a twist.”“When we opened Sketch five years ago, we started in a small shop and now we have four shops but selling overseas is the ultimate dream,” Katzav says.Located in Neve Tzedek and Dizengoff in Tel Aviv and Hod Hasharon, SKETCH is due to open a new shop in Sarona.

For more information, visit .
Advertisement
Subscribe for our daily newsletter