Yisrael Lutnick returns with his ever-popular Frankly, Sinatra, an evening inspired by the iconic singer’s love affair with the Jewish people and the State of Israel.

Dangerous occupationRidley Scott’s star-studded movie The Counselor presents a nightmarish scenario in which a respected lawyer’s one-time dalliance with an illegal business deal spirals out of control. With Michael Fassbender, Penélope Cruz, Brad Pitt, Javier Bardem, Cameron Diaz.JEWISH FILMSThe 15th annual Jewish Film Festival opens this week at the Jerusalem Cinematheque, offering a varied program that includes 50 Israeli premieres, a food film marathon, a celebration of the centenary of the first film made about life in Israel, master classes and more.November 30 to December 6. For tickets and a full program, go to http://www.jer-cin.org.il./ 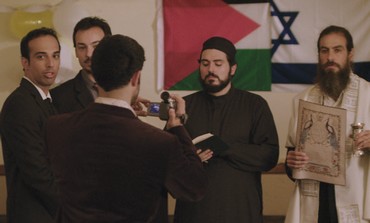 MUSICMedieval loveAs part of the Hamshushalayim event, entrance to the Israel Museum will be free next Thursday from 9 p.m. to 1 a.m.Among the events is a concert of medieval and early Renaissance music at the Shrine of the Book at 9 p.m. and 11 p.m.titled “Love Songs for the Mediterranean Shores.”Thursday, Israel Museum, Jerusalem
The good guysJazz fans of all ages and of varying tastes will be thrilled to welcome The Bad Plus, an American jazz trio that brings its eclectic offerings to Israel this week.Tuesday at Reading 3, Tel Aviv. For tickets: www.eventim.co.il 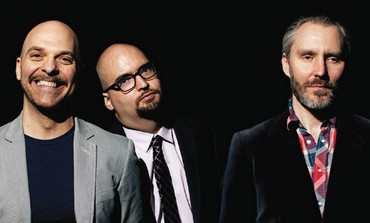 The Bad Plus, an American jazz trio that brings its eclectic offerings to Israel this week (Courtesy)
Piano FestivalThe national contest for young pianists opens today at the Monart Center in Ashdod.The contest, for piano students aged six to 28, is divided into age groups.

The closing ceremony, prize giving and gala concert will take place on Thursday at 6 p.m. at the Monart Concert Hall, Ashdod, (08) 854-5130.
Ol’ Blue EYeSYisrael Lutnick returns with his ever-popular Frankly, Sinatra, an evening inspired by the iconic singer’s love affair with the Jewish people and the State of Israel.Saturday at 8:30 at the Khan Theater, Jerusalem, (02) 630-3600. Sunday at the Yad Labanim Auditorium, Ra’anana. For tickets, call 077- 450-6012.ART

The parts that make a whole 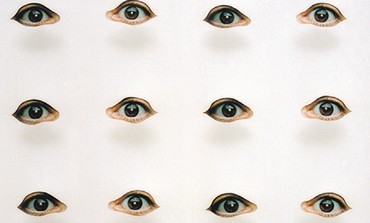 ‘Miles I Would Go,1998’ (Hila Lulu Lin)
Human body parts – hands, feet, torsos, organs – are the subject of “Out of Body – Fragmentation in Art,” an exhibition at the Israel Museum, Jerusalem, which explores the ways diverse cultures rendered parts of the body in different eras.
Opens Tuesday. (Photo: Hila Lulu Lin, ‘Miles I Would Go,1998’)
Gideon’s own “Gideon Gechtman: 1942–2008,” another exhibition opening this week at the Israel Museum, Jerusalem, is the first retrospective of the work of Israeli artist Gideon Gechtman, five years after his death. The exhibition presents approximately 120 objects, encompassing a wide range of media – installation, sculpture, painting, photography, video and print.
Luck, be a Lady“Tipat Mazal,” a solo exhibition by Roy Menachem Markovich, opens today at the Raw Art Gallery in Tel Aviv. Markovich presents works in sculpture and video that range between luxurious and common qualities, between sincere political- personal sentiments and their wornout cynical exploitations in daily life. 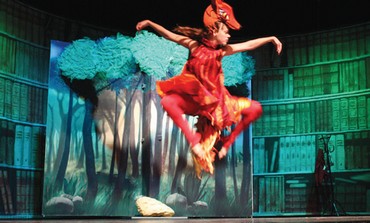