"The most important piece of photographic equipment that you will ever use is in your head," says photography expert Tom Langford.

By TOM LANGFORD
Camera 370
(photo credit: Reuters)
Advertisement
Modern cameras have taken most of the hassle out of taking a good picture. With auto exposure, auto focus and auto fill flash, all that you need to do is to point and shoot. The problem, of course, is knowing what to point at and when to shoot. Every day there are hundreds of wonderful pictures all around you just waiting to be seen and captured. Photography helps you become aware of the beauty that can be found in the mundane. It helps to spot the extraordinary in the ordinary. Whether you have a cellphone camera or an expensive SLR, the most important piece of photographic equipment that you will ever use is in your head. Cameras can only record whatever you point them at. 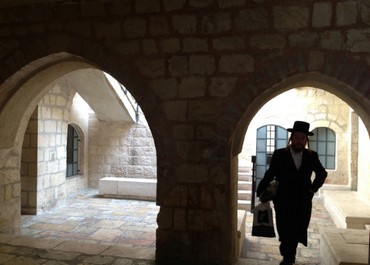 Here’s an interesting picture taken by Nathan Leibowitz of the US. He took it with his iPhone 5 in the Old City of Jerusalem. As he was about to shoot the photo, a man wandered into the shot. Nathan realized that this added interest to the picture and was quick enough to capture the situation. He writes: “It was, as they say, perfect timing.”A less experienced photographer could have missed this opportunity, or taken a conventional snap with the man placed in the center. Nathan, however, captured the moment with this strong composition: The figure is about to walk out of the frame and this gives a sense of movement that brings the picture to life.Room for Improvement?Having taken an interesting shot, the next and most important step for any aspiring photographer is to assess its strengths and weaknesses.Strengths: A strong basic composition and sense of movement. Effective use of bright light and silhouette.Weaknesses: The 4:3 width to height ratio gives too much dead space above the arches and also cuts off their sides. To improve the composition we need to crop the top and extend the width.The iPhone 5 has a fixed lens, so the only way to take a wider shot would have been to take a few steps back, if possible. The picture could then be cropped afterwards to improve the composition - as I have indicated in the retouched version below: 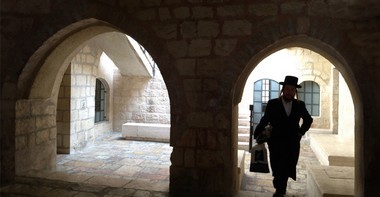 The iPhone 5 has probably the best camera of any cellphone but when first released could only take 4:3 format pictures. There are downloadable apps that can that give it a choice of wider formats. Personally I prefer the traditional 3:2, 16:7 and wider frames. Whatever camera you use, it’s good to be able to visualize the final crop that would suit the picture, and then shoot with this in mind.Having assessed the shot, the next step for the enthusiast is to try to improve upon it. This requires determination, time to spare, and plenty of patience. To prepare for a more effective shot, Nathan would have had to take a step back, pre-focus the camera, and wait for an even better opportunity to turn up.Learn from the mastersI advise all aspiring photographers to study the work of masters such as Henri Cartier Bresson, Robert Frank, etc. If you analyze how they construct their compositions you will see that Nathan’s shot uses some classic, familiar elements: Two similar shapes with contrasting content. In this case, the smaller arch with a silhouetted figure is echoed by the larger silhouetted, empty arch. Master photographers often develop the theme further by including a secondary focal point to echo the main subject. This could be a religious figure walking away from us through the larger arch, or a figure of a contrasting religion or culture, perhaps a tourist with a camera, or a backpacker wearing a sun hat. In the retouched version below I have indicated the sort of effect to aim for. 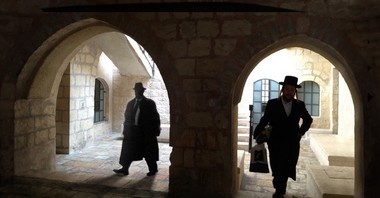 Once you understand how contrasting elements bring interest to your pictures you will start to spot them in all sorts of unlikely places. With a smartphone in your pocket you are able to capture such magical moments whenever and wherever they occur. Cartier Bresson always carried a Leica rangefinder camera and shot almost exclusively with a standard 50mm lens. He wasn’t interested in photographic equipment and never used a flash. His pictures have stood the test of time because he found life and beauty everywhere and was a master of using composition effectively. It takes a great deal of patience and determination to create good pictures. Nathan could have waited all day to capture a perfect shot and still be disappointed. With higher aspirations comes a higher failure rate. Sir Winston Churchill said: “Success is the ability to go from one failure to another with no loss of enthusiasm”. He would have made a good photographer.Picture Clinic  If you would like to develop your photography skills, you are welcome to send to me one of your pictures that I may publish with some constructive feedback.  Upload your picture here: http://www.clinic.langford.co.ilTom Langford is an Event and Commercial photographer: http://weddingseventsisrael.com, http://www.langford.co.ilDetails of his next photography and retouching courses in Israel: http://www.courses.langford.co.il.