At its height, Cuba was home to roughly 20,000 Jews. Now that number teeters around 1,000, depending on whom you ask. 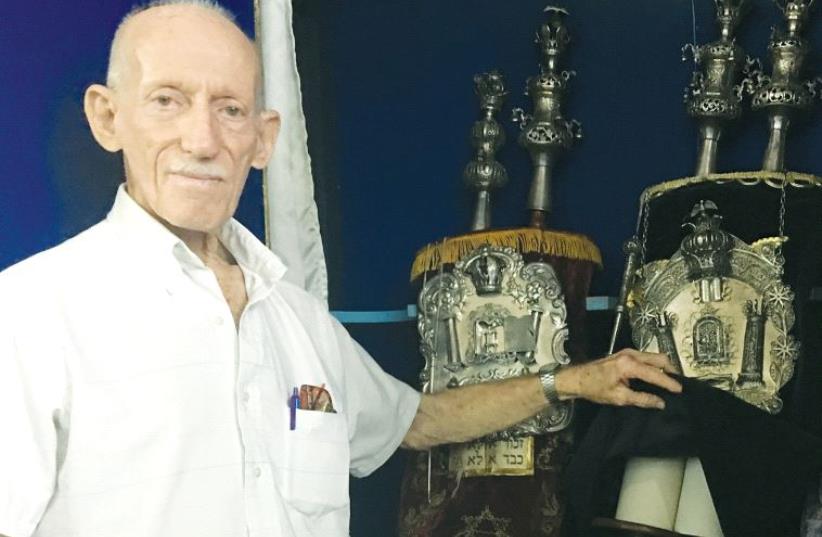 Simon Goldstein, first vice president of the B’nai B’rith Maimonides Lodge, displays the Torah scrolls kept in the Centro Sefaradi Hebreo
(photo credit: JILL WAGNER)
Advertisement
From afar, these fresh-faced teenagers look like they could be cast on a billboard – advertising the good life. They are diverse: dark, tanned skin topped with shiny brown hair; Blonde tresses framing sparkling blue eyes; these teens are slender and stylish. They’re waist-deep in the crystal clear water of the Caribbean, splashing and teasing each other, laughing and gossiping. In so many ways they are just like typical teens. Except, they are not.These dozen or so teens make up a large portion of Havana’s young Jewish community. If they decide to leave Cuba – to start a new life with more opportunity in Israel, the United States or Panama – they’ll take what’s left of Cuba’s once-thriving Jewish community with them.