An Israeli living in Ramallah?

Flouting convention – and the law – one artist finds inspiration across the Green Line. 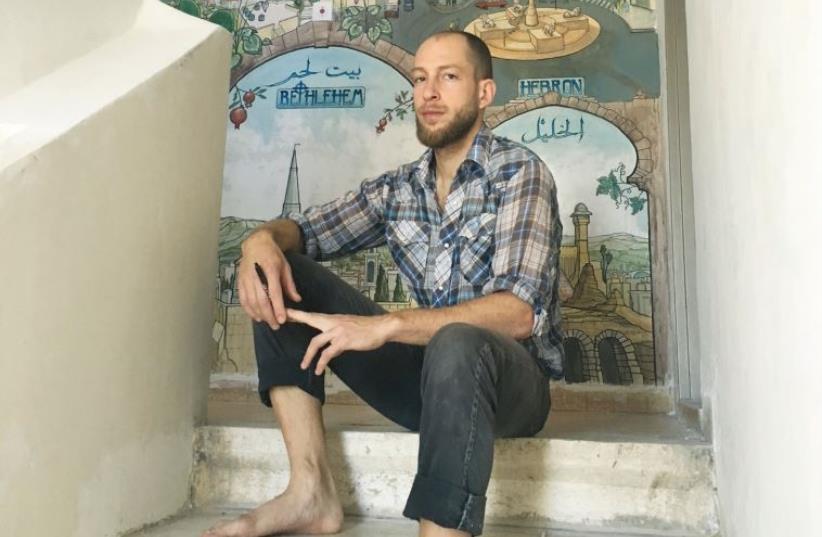 Hillel Efflal sits in front of his mural at the Hostel in Ramallah
(photo credit: MAX SCHINDLER)
Advertisement
It’s illegal; the IDF prohibits Israeli Jews from entering Palestinian cities in the West Bank.Yet that doesn’t stop one man from crossing checkpoints to live in Ramallah.Mounting a bike in east Jerusalem, Hillel Eflal pedals hard as he rides up and down winding roads in the Judean hills. Palestinian boys gawk, shout and laugh at him. Few others cycle in the West Bank. Moreover, he is treadling a custom-made “tall bike,” his head riding three meters in the air.

A painter, Eflal, 33, has lived in Ramallah for most of 2016. He’s one of the only non-journalist Israeli Jew residing here. And he’s your quintessential young sabra.Eflal was born and bred on Kibbutz Yiftah.All day long, he chain-smokes fat spliffs – part tobacco and part hashish. He seems eccentric, like a post-army boy who treks to the Far East and meditates in an ashram.He isn’t your normal Israeli. Tall and blond, he speaks English like a New Yorker, despite growing up in the Holy Land. He chose to not serve in the army. And he paints Palestinian political murals for commission.Eflal’s part-time home town, Ramallah, sitting amid a sea of Israeli settlements and military checkpoints, is also the bustling provisional capital of the Palestinian Authority.So why would an Israeli Jew to live in Ramallah? “Curiosity,” he said in an interview with the Magazine.“I knew I could speak to people and to meet people. I didn’t just come here to eat falafel.”Family and friends tried to talk him out of the journey.“I don’t think it’s wise to go,” Eflal’s father warned him upon returning to the kibbutz for Shabbat dinner. “It’s very dangerous; the situation is very tense now.”Eflal chuckled, dismissing their safety concerns. 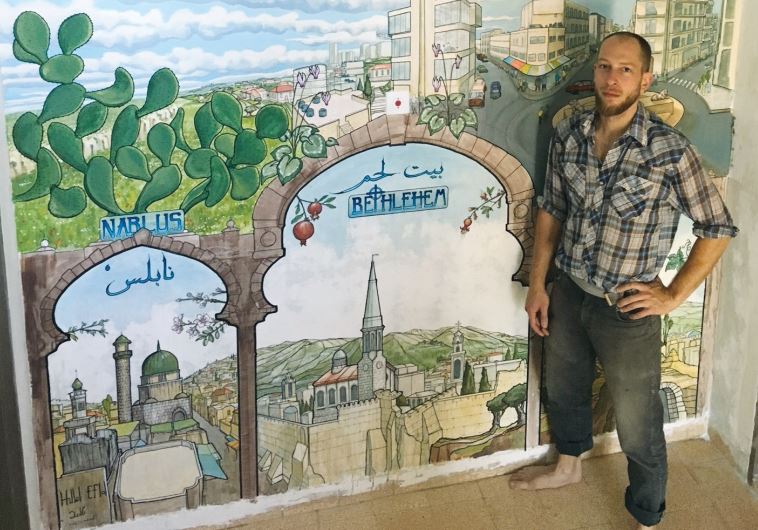