The third in the series, Ring of Lies is the first to be translated into English and released in the US. 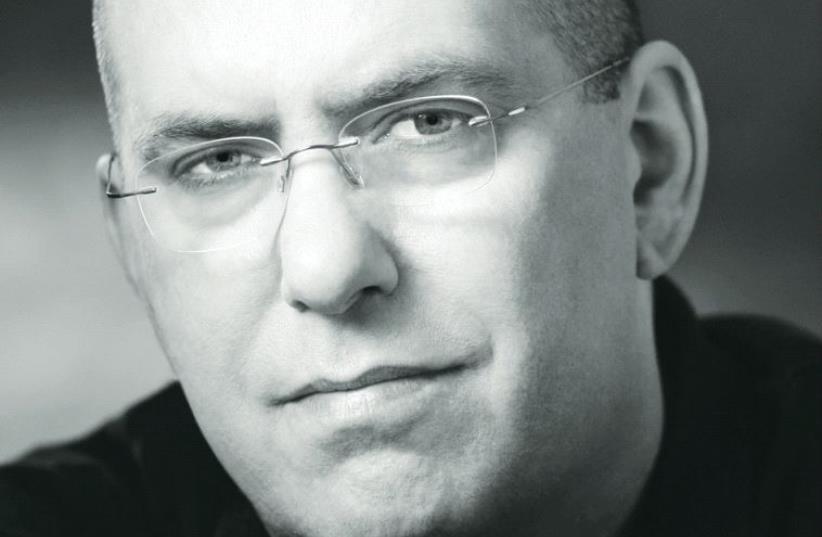 Roni Dunevich
(photo credit: Courtesy)
Advertisement
Roni Dunevich has worked as a studio photographer, a copywriter and a strategic consultant. But in recent years he has devoted most of his time to writing, creating a thriller series about a fictional Mossad agent, Alex Bartal.The third in the series, Ring of Lies is the first to be translated into English and released in the US. The first two – Hunted (2007) and Unfinished Business (2008) – received rave reviews, as did the third, which was published in Hebrew as From Deep Within in 2011. A US TV producer is looking into buying the rights of all Dunevich’s books, to create a TV series centered around Bartal.
Now that you have a few years of writing experience under your belt, would you go back and add, remove or change any
parts of your novels if you could? I certainly would. In the first Alex Bartal thriller, Hunted, which sold thousands of copies, I would tighten the plot a little, and have it start at a later point, closer to the formative scenes. On the other hand, I truly love the book like a father loves his firstborn. In the second book of the series, Unfinished Business, which I had only two months to write, I would add a little more of my soul. The book had originally appeared as a story in increments in a daily newspaper, and so it came out a bit choppy, and contained numerous upheavals and developments.I’m completely at peace with how Ring of Lies came out, and that’s why I chose to have this one translated and purchased by one of the top three publishing houses.On the other hand, readers have a very different experience from the writer. The reviews of Hunted were excellent – people really loved it.”
In your opinion, what makes Ring of Lies a perfect novel? I prefer to call Ring of Lies a perfect work. I spent as much time on the novel as I thought was necessary – I gave it part of my soul. Alongside the dizzying plot appear diary entries written by a Jewish baker living in Paris during the Nazi occupation.The novel is a combination of spy thriller and romance genres, and I believe that it is a unique fusion of the two. It enabled me to express two different talents I have as a writer.
How did you begin writing spy thrillers?When I was 10, I used to watch the TV show Mission Impossible. I was totally mesmerized by it. I also loved Ironside and Hawaii Five-0. When I began reading thrillers, I knew that one day I would be a spy-thriller writer, too. Although I write thrillers, I read a lot of prose.In retrospect, I think everything I did after I finished my IDF service has helped prepare me for my career as a writer. For a few years I worked in a photography studio where I mastered composition and lighting.Afterwards, I moved over to the world of publishing and worked as a copywriter and art director for 10 years. As a copywriter, I learned how to say a lot in just a few words. And because I had worked as an art director, I can design my own book jackets.Working in advertising taught me how to refine my ideas and concentrate on the most important aspects.
Did you ever feel like switching careers and becoming a detective or Mossad agent?I am a very loyal person, but I’m not very good at following instructions, so I don’t think I’d actually be a very good Mossad agent. And I certainly don’t envy them because they live in constant fear, get burnt out, and even have a tendency to develop serious medical issues due to the stress. On the other hand, someone needs to gather intelligence, foil conspiracies created by enemy Arab states, and delay Iran’s nuclear program. This is hard work and we’re lucky to have people who are doing these things for us.
In many detective novels, the protagonist is an alcoholic or has some other serious problem.

Not Alex Bartal. The hero of my stories is an extraordinary person, but he does not have any addictions. He deals with true crises without playing the victim or whining. He’s not perfect, though, because readers prefer imperfect characters.
Describe what your life is like when you’re in the middle of working on a new book.

I do most of my writing in an isolated farm in eastern Tuscany from the beginning of the winter until the spring. I wake up before the sun comes up and go for a walk in the cold, and take pictures of the sunrise as I organize my thoughts and plans for the day. On my way home, I stop for a coffee in town and then sit at my computer all day without getting up until the evening. And every evening I cook dinner from local ingredients. Cooking relaxes me.From the moment I begin working on a new book, I begin filling up notebooks with ideas that I come up with. This is how I develop the plot. This brainstorming I do with myself is a critical stage in the development of the book, because this is where I decide what the plot is and how all the emotional aspects connect.The first part I plan out is the ending.From there I work backwards until I reach a point that makes sense to function as the beginning of the novel. When I’m finished with this, I prepare a flow chart of all the events that take place in the story and check that everything is logical and flows well. I write until the afternoon, then rewrite what I’ve written until the evening. Nothing makes me happier than having a productive day of writing.
Don’t you get lonely?For nine months a year I live in Israel with family and friends, and then for three months a year I retreat and spend all my time alone writing. I chose to do this and I enjoy it tremendously. My writing does not take an emotional toll on me and I am not afraid of spending time on my own.When this is done in moderation, I think it’s healthy. Some of the world’s best writers have isolated themselves so that they could write. If you were to ask most writers what their greatest unfulfilled dream is, I’m sure many of them would say going off to some remote, breathtaking location and being able to just sit and write all day.
What does a typical day of yours look like?I read a lot of different kinds of literature. This is the main way I come up with ideas for my writing. I read prose, thrillers, and non-fiction. I do research on the Internet, watch TV programs and listen to classical music. And of course I write.Often, Dunevich approaches professionals in various fields in his search for ideas. But he never speaks with Mossad or Shin Bet agents. “They would refuse to speak with me anyway, and even if I did use what they told me I could just be getting them and myself in trouble,” Dunevich explains. “I prefer carrying out investigations by myself and then inventing a story. When I was preparing for my book, Unfinished Business, which takes place almost entirely on an El Al airplane on its way from Rome, I read everything I could find about Boeing 777 airplanes. I learned the function of each button in the cockpit.Only then did I set a meeting with a pilot. At the end of our conversation, he told me that theoretically I was fit to fly the plane by myself.
How did you get to be an internationally known author of detective novels?A good friend of mine, Kobi Argov, was at a social event in Italy where he met the editor for literature in translation at Mondadori, the most prestigious publishing house in Italy. Kobi is an avid detective novel reader and the editor began complaining that fewer people are reading this genre nowadays, and she would love to find a modern-day John le Carré. Kobi didn’t miss a beat and began telling her about me. The Frankfurt Book Fair was about to open and the editor asked for a sample of my book in English. The next day she decided to purchase – and offer a nice down payment for – the rights to translate my books into Italian. And on the first day of the show, the chief editor of HarperCollins bought the rights to the book in English for the US and Canada, and also offered a nice down payment.
That must have made you a very happy person.

It was a dream come true. Two of the world’s leading publishers demonstrated that they believe in my writing. The language barrier has been breached and as a result my potential reader base has just increased by leaps and bounds. Receiving international recognition has filled the dry holes in my soul with water. Translated by Hannah Hochner.
Advertisement
Subscribe for our daily newsletter