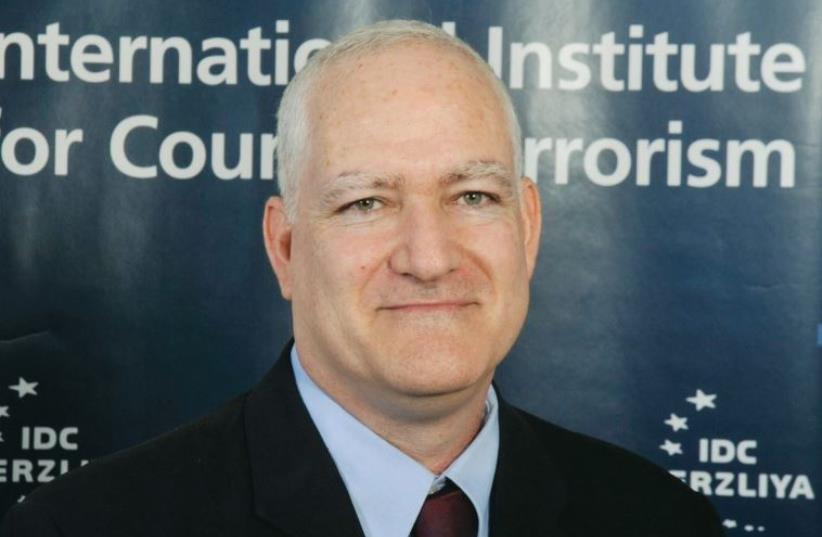 Boaz Ganor
(photo credit: Courtesy)
Advertisement
Fourteen years after 9/11, the worst terrorist atrocity in the history of the world, Israeli terrorism expert Boaz Ganor argues that the US was not attacked because it supports Israel. Neither, he says, was it attacked because of its military presence and activities in Iraq or Afghanistan.“The United States was not attacked because of anything it has done; it was attacked because of what it is,” Ganor writes in his latest book, Global Alert. “Around the world and particularly in the Muslim world, the United States is the spearhead of Western society, a symbol of liberal freedoms, civil society, human rights, women’s liberation, and enlightened democracy – all of which are concepts that are anathema to al-Qaida and its allies.”This is the reason, he concludes, that the US and its Muslim and Western allies have been and will continue to be the ultimate enemies of global jihad.
Read More...
Viewed in the context of modern terrorism, and particularly in light of recent terrorist events in the US, the UK and Western Africa, according to Ganor, Islamist terrorism must be seen as a problem that exceeds the geographic boundaries of the Middle East.While his book is based on the extensive experience of the State of Israel in countering terrorist organizations, especially Hamas and Hezbollah, he believes that its perspective is applicable elsewhere.“Israel is a laboratory in which counterterrorism efforts have been honed through painful trial and error,” he says.In Global Alert, Ganor seeks to debunk the myths that modern Islamist terrorist organizations are either irrational actors or rational actors whose conduct is based on a Western rationale. Instead, he proposes acknowledging that Islamist-jihadist terrorist organizations are rational actors, while realizing that their rational judgments are subjective. Though apparently incongruous to the West, their considerations are often marked by an internal logic that emanates from their ideology and goals.Ganor methodically tackles the problem of modern Muslim terrorism by examining Israel’s ongoing battle against what he calls “the hybrid terrorist organizations” of Hamas and Hezbollah – which have three arms: military and political, as well as a third part, which is charged with winning the hearts and minds of its community by providing social welfare services and free or subsidized religious and education services.“When a state is combating a hybrid terrorist organization, it must fight not only on the military battlefield, and not just in the media, but also by challenging the organization’s legitimacy and calling its ‘charitable deeds’ into question, sometimes in national courts and at international tribunals,” he writes.Ganor ultimately proposes a doctrine for liberal democracies to effectively cope with Islamist-jihadist terrorism in general, and hybrid terrorism in particular.I highly recommend that anyone interested in the subject of combating the plague of terrorism today read Ganor’s short but punchy book. It may not specifically take on the modern menaces of new global jihadi groups such as Islamic State, but it clearly defines the problem and the way it can be best addressed.“It is not impossible to effectively fight modern terrorism overall, and Islamist-jihadist terrorism in particular,” he concludes.“However, doing so does require that Western liberal democracies employ critical self-examination, precise and unbiased identification of the terrorist enemy, and understanding of that enemy’s subjective rationale.”Ganor is the founder and executive director of the International Institute for Counter-Terrorism, the Ronald Lauder Chair for Counter-Terrorism, and the dean of the Lauder School of Government, Diplomacy, and Strategy at the Interdisciplinary Center Herzliya. He has served as an adviser and consultant to the Israeli Counter-Terrorism Bureau, the Israeli National Security Council, and the Defense Ministry.He handed me a signed copy of his book during a meeting in his IDC office ahead of the World Summit on Counter-Terrorism which he hosts annually around the time of 9/11, which attracts students and experts from around the world. The book has won praise from many experts on terrorism, including former Mossad director Shabtai Shavit.“Boaz Ganor, who has dealt with the phenomenon of Islamic terrorism for more than 20 years and is rightly considered an international authority on the subject, deals with the fundamental issues of radical Islam, clarifies them, and translates them for the Western conceptual world of the 21st century,” writes Shavit. “There is no doubt that this book will serve as a significant contribution to a better understanding of the conflict that will accompany human society for many years to come.”In his introduction, Ganor writes that although a first glance may not uncover the relationship between hybrid terrorist organizations such as Hamas and Hezbollah and the penny-ante groups and offshoots of a decentralized or devolving al-Qaida Central, a closer look reveals that global and local jihadist terrorism is increasingly following in the footsteps of “classic” Middle Eastern terrorism.“In the wake of the Arab Spring revolutions, this has been borne out by the growing involvement of al-Qaida offshoots and followers in local politics – either directly or via Salafist front organizations and parties – in Egypt, Libya, Yemen, Iraq, and Syria,” he writes. “As the adage states, ‘All that is necessary for the triumph of evil is that good men do nothing.’ Global Alert makes no predictions, but asks the reader to take a closer look.”And that is something we should all be doing if we care about our future, especially in Israel.