Combating terror in Israel: A look at what’s being done, and what needs to be done

HOW SHOULD we cope with the current wave of terror in Israel? 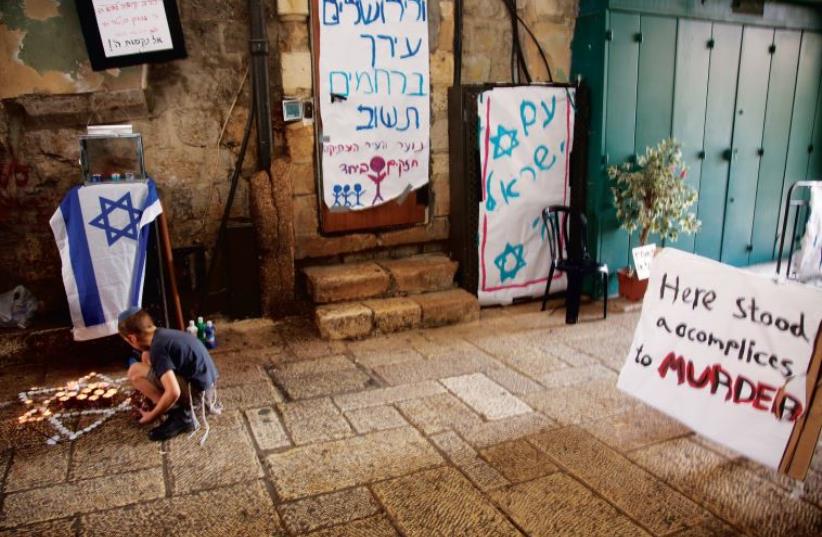 A child pays homage at the site in Jerusalem’s Old City where Rabbi Nehemia Lavi and Aharon Banita were stabbed to death on October 3
(photo credit: MARC ISRAEL SELLEM/THE JERUSALEM POST)
Advertisement
Many titles and nicknames have been given to the wave of terrorist attacks that Israel has faced since October 2015: third intifada, knife intifada, children’s intifada, al-Aksa intifada, popular terrorism, knife terrorism, lone-wolf attacks and more. Journalists, commentators and terrorism pundits are all willing to swear that their definition is the one that correctly reflects the phenomenon.Defining the phenomenon is not only a theoretical question of terminology.Answering the following questions will not only help to correctly define the phenomenon, but will also enable the identification of the parameters required to deal with it effectively.

Are we dealing with an intifada or a wave of terror? Are the terrorists independent lone wolves or is it an organized phenomenon? Is the background for the attacks related to events at al-Aksa Mosque or are they the result of popular protests stemming from despair over the economic or national situation? In Israel, there has been a tendency for many years to describe terrorist attacks in escalating and frightening terms.This trend is reflected in the media coverage of terrorist attacks and often gets a boost from the opposition, which uses terrorism as a comfortable cushion from which to attack the government (regardless of which party is in power).In addition, every now and then, we are exposed to the media’s determination that a terrorist attack or a wave of terror constitutes an “escalation.” We have experienced so many escalations in recent decades that we seem to have already reached the summit of Mount Olympus. In any event, when the next wave of terror strikes, we will again be told that it is an escalation. TERRORISM IS a dynamic phenomenon.Both sides – terrorists and security officials – are constantly in a learning competition, processing and internalizing the enemy’s methods of operation.They try to pinpoint the enemy’s “underbelly” and match it with effective methods. Therefore, not every change in terrorism’s modus operandi constitutes an escalation. The fervor surrounding the wave of terror only serves the interests of the terrorists, who want to maximize the resonance of their attacks and increase anxiety.The wave of terror that Israel has been facing in recent months is not, and has never been, an “intifada.” An intifada is a popular uprising. The first intifada, which began at the end of 1987, included demonstrations and violent incidents in which tens of thousands of Palestinians participated throughout the territories. The second intifada, which began in 2000, was also a mass uprising, but unlike the first one, it was armed with firearms, and Palestinian terrorist organizations joined the masses in carrying out a series of major terrorist attacks.The phenomenon that Israel is currently facing is a severe wave of terrorist attacks, a wave with clear characteristics that differ from previous waves of terror that mainly consists of cold-weapon attacks – stabbings, vehicular attacks and, recently, even small-arms fire. The number of people taking part is small compared with the number of Palestinians who took part in the intifadas.Fewer than 300 terrorists have taken part in the current wave of terror, not thousands or tens of thousands. This is not to downplay the severity of the current wave or the challenge it presents to security agencies and Israeli society, but we should not ascribe to it apocalyptic dimensions.With all of the deep grief and pain felt for the victims of the current wave, their number is very small compared to previous waves of terror, such as the suicide attacks during 1992-1994 (which, incidentally, were not called an intifada).The total number of victims from the past six months is lower than the number of victims from one or two suicide attacks in the 1990s or 2000s.(It is important to reemphasize that these arguments do not indicate a disregard for the severity of the current wave of terror or a willingness to tolerate it. On the contrary. However, if we do not succeed in correctly defining and distinguishing the characteristics and dimensions of the current phenomenon, we will not know how to cope with it effectively.) From the moment that we defined the terrorist attacks of the past six months as a wave of terror, several important questions derived from this definition have required answers:• Is this wave initiated by terrorist organizations or is it an authentic phenomenon without the operative involvement of terrorist organizations?• Are these terrorist attacks the result of a top-down or bottom-up approach? • Is the background to the eruption and continuation of this wave religious tension surrounding al-Aksa Mosque; despair stemming from an economic, social or generational crisis in Palestinian society; a lack of governability; or personal circumstances that are channeled into violence and terror? • Are these terrorist attacks the result of a rational decision by the terrorists or an uncontrollable emotional outburst?• To what extent is it an authentic process unique to Palestinian society, or are the events in Israel related to the global wave of lone-wolf terrorist attacks influenced by the “Arab Spring” and Islamic State? Israel’s security agencies and decision makers must provide an answer to these questions and determine accordingly the most effective means of prevention as well as the operational steps necessary to deal with the phenomenon.IN GENERAL, one must distinguish between two types of terrorist attacks – “self-initiated” or “locally initiated” attacks, and “organized” attacks. This distinction concerns the involvement of terrorist organizations in the initiation, planning, preparation and execution of the attacks.An organized attack is an attack that is operationally organized by a terrorist organization. The results of these attacks are usually more severe and fatal than terrorist attacks carried out without organizational operational involvement.A self-initiated attack is carried out by a lone wolf. The initiative and planning begin and end in the mind of a single person who underwent a process of radicalization and decided to carry out an attack independently and alone. A locally initiated attack is carried out by a small group (two or three) of terrorists.The groups can be made up of siblings, couples, relatives or friends who agree that they want to carry out an attack together.The number of casualties in self-initiated or locally initiated attacks is usually smaller than in organized attacks. The level of planning is low. Most are carried out using cold or improvised weapons, and the number of victims is limited.Self-initiated attacks are likely to be inspired or incited by a terrorist organization but the organization is not operationally involved in their execution.In certain cases, the terrorists might see themselves as agents of the terrorist organization with which they identify (such as Hamas or Islamic State), but they are not members. They did not undergo basic training and they did not receive assistance from the organization in carrying out the attack.Sometimes, lone wolves who carry out self-initiated attacks openly, and sometimes defiantly, distinguish themselves from terrorist organizations and stress their independence. For instance, Baha Alyan, who carried out a terrorist attack in Jerusalem in October 2015, wrote on his Facebook page: “I call on organizations not to claim responsibility for my martyrdom. My death is for the homeland, not for you.”In the current wave of terror, we are dealing with self-initiated and locally initiated attacks. The term “lone wolf” is too narrow to include the characteristics of the phenomenon, as is the term “attacks of the individuals.” “Knife intifada” and “popular terror” are too wide and broaden the scope of the phenomenon.There are those who try to point to a direct or indirect connection between the terrorists in the current wave of terror and terrorist organizations led by Hamas. They link the attacks to the targeted incitement of organizations that mainly call on Palestinian youth to carry out attacks. 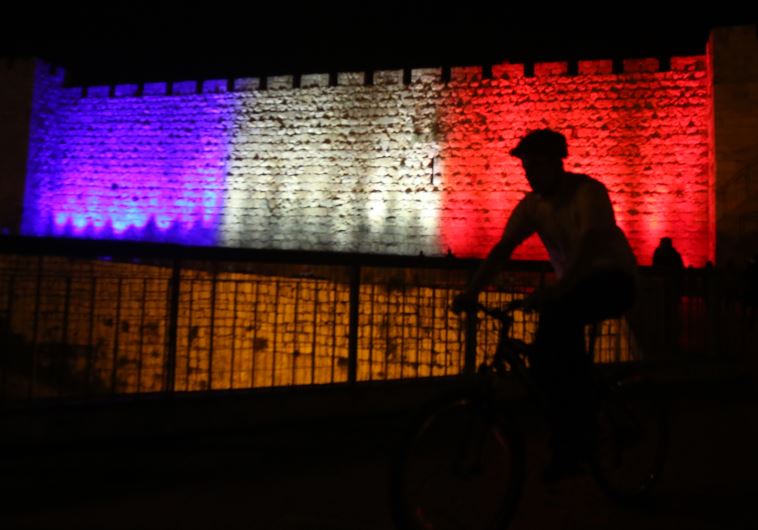