Dignity on the way to the huppa

A new initiative aims to raise awareness about accessibility – or lack thereof – at wedding venues. 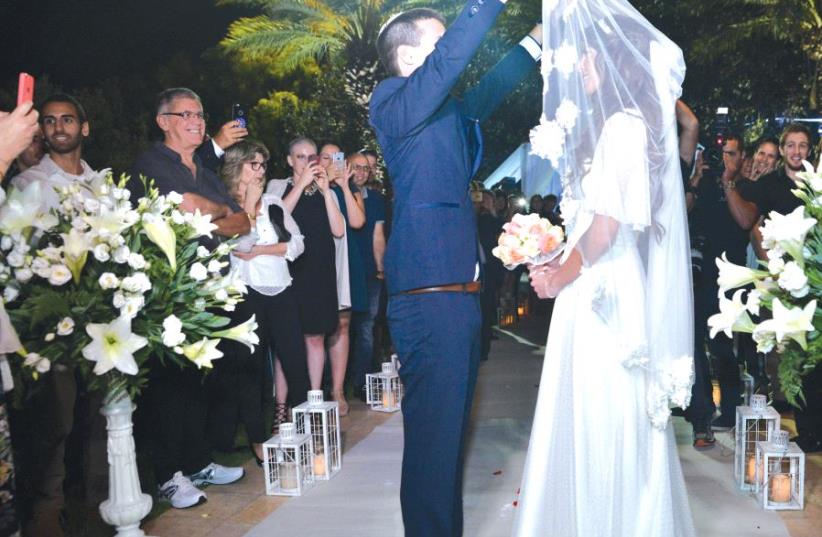 A huppa
(photo credit: TZOHAR)
Advertisement
Mazal tov! A Jewish wedding is full of meaningful rituals, symbolizing the beauty and commitment of a husband to his wife and vice versa.A new initiative by the Tzohar Rabbinical Organization is calling couples’ attention to ensuring that participants and guests with disabilities are treated with respect and consideration.“On the day when the couple are filled with joy and they open their hearts to invite relatives and friends to celebrate with them, we encourage them to be sensitive to the guests' accessibility issues, so that everyone can participate in the happy occasion,” says Rabbi Yuval Cherlow, founder of Tzohar and head of the Tzohar Ethics Department.Tzohar gives couples a brochure with information about how to make their wedding ceremony inclusive. It offers recommendations compiled in collaboration with Access Israel, a nonprofit organization whose main mission is to promote accessibility. The focus is on accessibility to the huppa (wedding canopy). Cherlow says that through his experience, he has found that despite the huppa’s being the most important aspect of the marriage ceremony, it is often the least accessible.Recommendations include paving the aisle to the wedding canopy and choosing a venue without stairs; erecting a special seating area next to the wedding canopy for those hard of hearing or with physical disabilities; appointing a staff or family member to assist disabled or elderly guests; providing transcriptions or captions on live video screens for the hearing impaired or providing sign language interpreters; and offering cards containing the blessings said under the huppa in large print for the visually impaired.Rabbi Binyamin Lau, spiritual leader of the Ramban congregation in Jerusalem and founder and head of the Human Rights and Judaism in Action Project at the Israel Democracy Institute, says that at his encouragement, the Chief Rabbinate has likewise been focusing on improved accessibility for the past few years.Five years ago, Lau met Ahiya Kamara, former head of Israel’s Commission for Equal Rights of People with Disabilities.“He is a brilliant person, who is deaf and almost blind. When I started talking to him about human rights in Israel, he stopped me and said, ‘I want to talk about marriage,’” Lau recounts.Kamara said that despite his advanced academic degrees and obvious cognitive abilities, he had been treated as a second- class citizen by the Rabbinate, which gave him and his future wife a marriage contract designed for the developmentally disabled or “retarded.”His encounter with Kamara led Lau to conduct in-depth research on the subject, culminating in Lau’s “Marriage in Sign Language” policy paper and a letter to the rabbinate encouraging it to consider the matter. The rabbinate accepted Lau’s position.Three years ago, the Ashkenazi Chief Rabbi David Lau wrote a letter to rabbinate marriage departments around the country demanding that they consider each disability as a unique situation and consider an individual’s cognitive abilities before making decisions about the kind of marriage contract or ceremony a couple should receive.“There is no doubt that the status of deaf persons is different now than it was in the past,” Lau says. “Today, in light of the changes in our ability to communicate with the deaf and with the availability of new means and possibilities for them to express themselves in various ways, they should be treated as intelligent individuals for all purposes.“Many times,” he continues, “when we talk about a Jewish and democratic state, our Judaism is kashrut and Shabbat and marriage,” he says. “In my mind, Jewish people should care about human rights not because they are liberal or democratic but because human rights are part of Torah – human rights are a Jewish value.”Lau says that the Rabbinate is trying to learn and understand how best to serve the disabled population.“It is a slow process, but I know they are ambitious,” he asserts.Sheryl Grossman of Baltimore is a disability advocate who suffers from Bloom syndrome, a rare genetic disorder characterized by short stature. She says that the number of challenges for people with disabilities are many and are often easy to overlook for people without disabilities. For example, some people have extreme sensitivities to perfumes and other strong fragrances at a wedding ceremony. The height of buffet tables can make it difficult for people in wheelchairs or with her condition to reach or even see the food. And often mehitzot (partitions that separate men from women) are so high that guests with physical disabilities can’t see the wedding ceremony.She also says that a lack of automated doors, inaccessible restrooms and changing rooms and raised women’s sections with no wheelchair ramps make people with disabilities feel less included.Grossman says that the first step for a wedding venue is to ask the couple whom they want to have at the wedding.“The answer will hopefully include everyone from babies in strollers to elderly in wheelchairs, and everything should be done with this in mind,” she says.