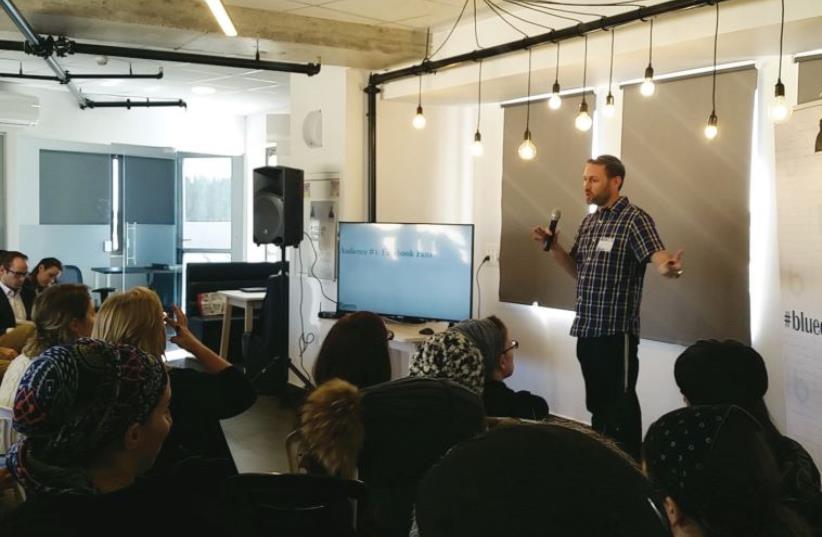 Bluecon, the Blue Thread Marketing conference, is held at Hub Etzion
(photo credit: BARAK MOORE)
Advertisement
The current “knife intifada,” which has claimed the lives of 34 Israelis and tourists and left more than 400 wounded over the past six months, has left its gash on the entire country.However, it could be argued that none have suffered as much as the residents of Gush Etzion, the settlement bloc of some 75,000 a few kilometers south of Jerusalem.According to Gush Etzion Regional Council head Davidi Perl, between 20 and 25 shootings, stabbings, and car ramming attacks have occurred in the general vicinity of the Gush Junction and the surrounding roads, claiming the lives of four, with many others wounded. He says that this number doesn’t include the five to 10 daily rock or firebomb attacks directed at Israeli vehicles in the area, thus putting the actual number of attacks over the past six months in the hundreds.Coping with the life-threatening situation has taken on many attributes for Gush residents, ranging from increased vigilance  and security to initiatives to strengthen the business and cultural spheres of the region Avi Abelow, a veteran resident of Efrat, has experienced the Gush reality over the past several months wearing two hats. Abelow’s IDF Etzion Territorial Brigade, which is in charge of defending the Gush, was called into duty this past January for a month of service.Abelow says that based on the unusual amount of extensive training he was given before going into the field, he became aware of the severity of the threat.“I’ve been doing reserve duty for 20 years, and never have we spent a full two days of training about one specific location,” he says in reference to the Gush Junction.“Now you are on the front lines, and even according to the army, the Gush Junction is the most dangerous place in the country from a military perspective.“Our mission,” he adds, “was to try to make life as safe as possible [for the residents].” 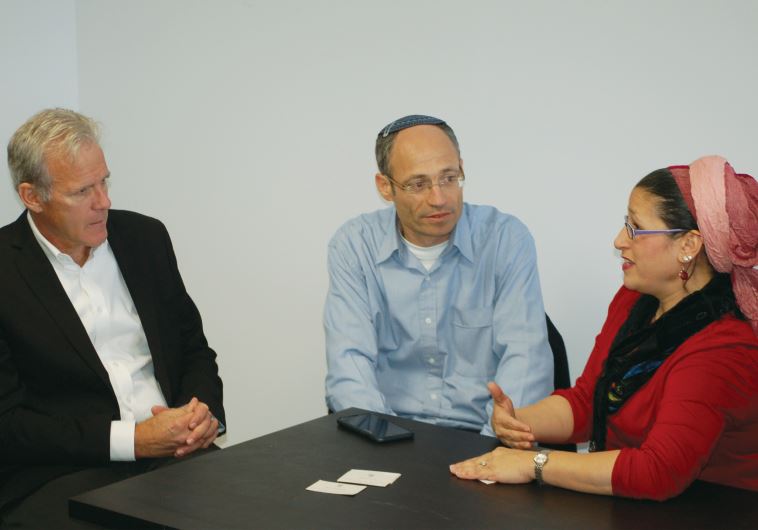 Abelow says that the reason why the current wave of terrorism specifically at the Gush Junction is so dangerous is that “you are talking about terrorist attacks in which soldiers have between seven and 13 seconds from beginning to end to react to an incident. You have to make a decision based on everything around you and that’s a huge responsibility. It’s not easy.”People often make fun of reserve soldiers for being old, but “we were told that because of our experience, our age, and our decision-making capabilities, they [the residents] were happy to have us there.”An added motivator for the unit, which consisted mostly of locals, is that “it’s our wives, our children, and our neighbors, whom we are defending every day.”A FEW kilometers northeast of the junction, within the Gush Etzion industrial zone, a group of young entrepreneurs decided that despite the violence – or perhaps deliberately to poke a finger in the eye of those disturbing life in the Gush – they were going to launch a new business.Entrepreneur Rachel Moore believes the current wave of violence is temporary, and she already has a 10- to 15-year vision of business growth in the Gush.“Israel has succeeded all along because we forge forward to the future and do not let things stop us,” she said.Moore lives in Neveh Daniel and is director of PR at the Gush-based Blue Thread Marketing. She is also, since this past November, co-founder of Hub Etzion, the Gush’s first ever coworking hub.“We are not going to apologize about where we live,” she says.“We are going to impact long-term political normalization by growing a successful business community, and not just a suburban or bedroom community [in the Gush].”The goal of starting the hub, she says, was “to create practical solutions for those who work from home, telecommute or freelance, and didn’t have a space that was local. The reason we wanted to fill a coworking space was because we wanted to grow the start-up and tech ecosystem in Gush Etzion.”Moore describes the hub as “the Petri dish for the start-up nation.” Currently 20 to 30 individuals work from the hub daily. She believes that “to keep businesses local, we are going to need to keep people here, and to bring others here.”She even finds the situation motivating.“Every attempt to drive Jews out of Gush Etzion and make it an inhospitable ecosystem makes me more motivated to make it a fantastic ecosystem for Jews.”Before the hub opened its doors, she was warned by Israelis in other parts of the country that “people won’t come to a conference or to meetings here.”Her answer was that “if it takes two years for people to come out here, then the minute we start, the timer is pushed,” so the hub was opened without delay, despite the situation.Despite the warnings that people wouldn’t travel to the Gush, the naysayers may have erred, as Moore says that the hub recently hosted a marketing conference that attracted 80 participants, two-thirds arriving from outside the Gush. Participants included presenters from major marketing companies in the center of the country.“This proves that if you build it they will come.” 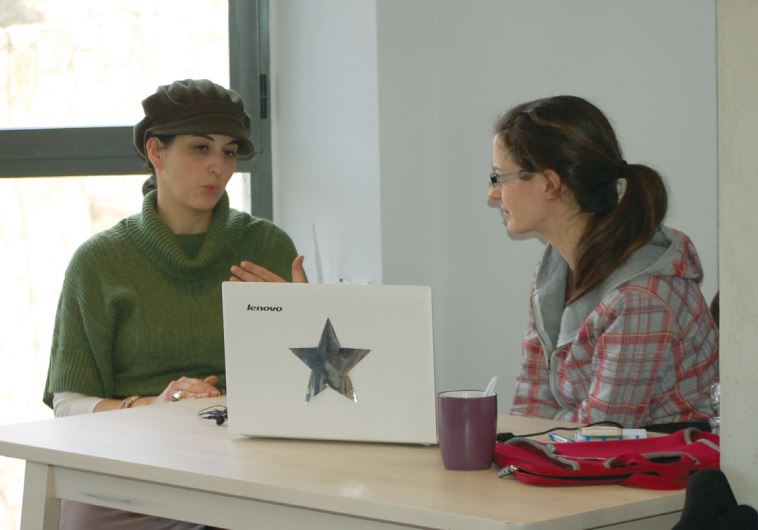 ANOTHER GUSH resident who has decided to take matters into her own hands in response to the terrorism is Rivka Epstein Hattin, a piano teacher and composer from Alon Shvut who has spearheaded a grassroots group of resident volunteers demanding that the government act to increase security not only at the Gush Junction, but on the roads, in the public areas between the various communities, and at the local school complex.Known as “Citizens for a Safer Gush Etzion,” her group has organized town meetings in the various communities, presenting a strategic security plan drawn up by local experts to raise awareness so that residents can get involved in helping to make the Gush a safer place. She felt obligated to act, citing “a sense of despair, endemic to the population and to Israel in general.”“There is an amazing amount of frustration with the apathy towards the spilling of Jewish blood, which is astounding and appalling. This is a case of the psychological phenomenon of ‘learned helplessness.’ If you shock an animal too many times, he lies on the floor and gives up.”Epstein Hattin believes the phenomenon is coming from the top (government leaders) down.“There is a growing tolerance [for attacks], along with a lack of action from our leadership. We need to rouse ourselves in a more immediate, concrete and effective manner.”She adds, “We call ourselves Gush Etzion – the Etzion bloc – but we are ‘the unGush,’ an un-unified geographic zone, because of a lack of security once you step outside your specific, small community. The municipality is saying it doesn’t have the resources or mandate for change, while the IDF is saying they have limited manpower between the communities, and we [the residents] are the fodder, in no-man’s-land.”Epstein Hattin hopes to lobby the government to release NIS 30 million in funding, which she says was earmarked for Gush security by the Defense Ministry. The lobby is also demanding that the government redefine the security status of the Gush Etzion area.This request to become a specialized security zone, which is a safe contiguous protected space, was presented to the Defense Ministry following the kidnapping by Hamas of the three boys from a Gush bus stop in 2014.To date, the government has not made the necessary changes or investment in surveillance equipment, smart cameras, security jeeps, or comprehensive road patrols, which she says “can and will save lives.”A meeting has been scheduled in the coming weeks between her group alongside Gush municipal representatives, with high-ranking officials in the Defense Ministry to convince them to release the funds. 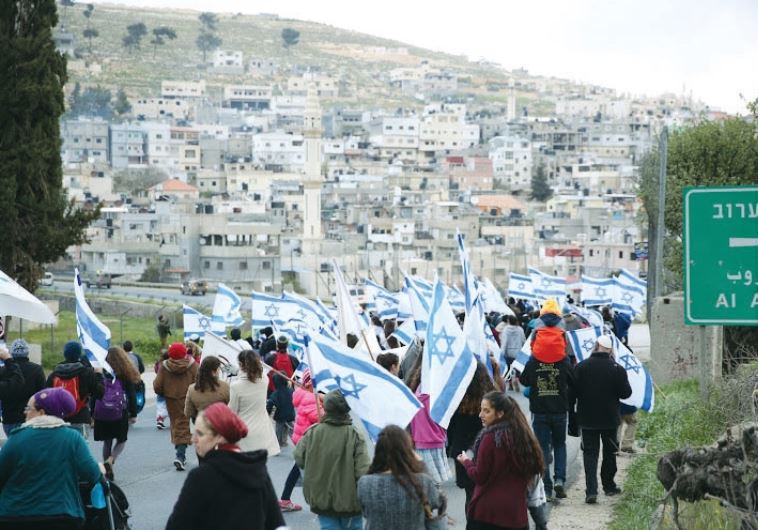 BACK AT the Gush Junction shopping complex, Roniya Epstein (no relation) is organizing the Purim dessert platters for her customers at the English Cake restaurant and bakery. She has been working there for five years, several as the store manager, and she is now a regional manager for the chain.The employees of English Cake have been exposed to many of the attacks in the area, and Epstein is no exception. She describes the situation as extremely tense, reminiscing about the quieter times when she was able to walk freely at night from work to her home in Alon Shvut less than a kilometer away.Now she says she has to think and rethink whether she is willing to take the chance of walking home. That fear gives her the impression “that the government has forgotten about us.”However, working alongside Palestinians at English Cake, her perspective on the situation is perhaps unusual.“If something happens here [an attack], we see both sides [Arabs and Jews], we hear what they [the Arab employees] say.”Epstein says that working with Arabs has taught her that the situation is not only political, since she has gotten to know her coworkers along with their families on a personal level.The tension is enhanced after an attack when some of her Arab coworkers fear the potential for retaliation from those in the area seeking revenge. She says that Palestinian customers frequented English Cake in the past, but since 2014’s Operation Protective Edge there have been few Arab patrons.Epstein believes that those outside the Gush don’t really understand the realities of the situation.“It’s so easy to live in Tel Aviv and think you know what’s going on here [in the Gush], but we know what real coexistence looks like.” She adds, “People abroad think it’s about ‘settlers’ vs ‘Arabs,’ but if more people worked here they would see the truth.Despite coexistence in the workplace, Epstein notes that the perception of “settlers” infringing on Palestinian freedoms is not the reality.“On Shabbat I see Arabs in the fields walking around freely, riding horses in the fields. It’s not fair that I can’t walk around the way they can. I’m stuck inside my community, so who is really free here?” Even with the security situation, Epstein is staying put. She mentions others, including members of her own family, who have debated leaving the Gush, but for her that’s not the case.“I would never move because of being scared. I would never leave the Gush, no matter what.”  The writer was foreign press spokesperson for the Yesha Council (representing the communities of Judea, Samaria, and Gaza) in 2004.