From Michael to Michaela: A Jewish transition story

Even though Michaela Ivri Mendelsohn legally changed her name eight years ago, it’s only now that she feels ready to undertake her Jewish renaming ceremony. 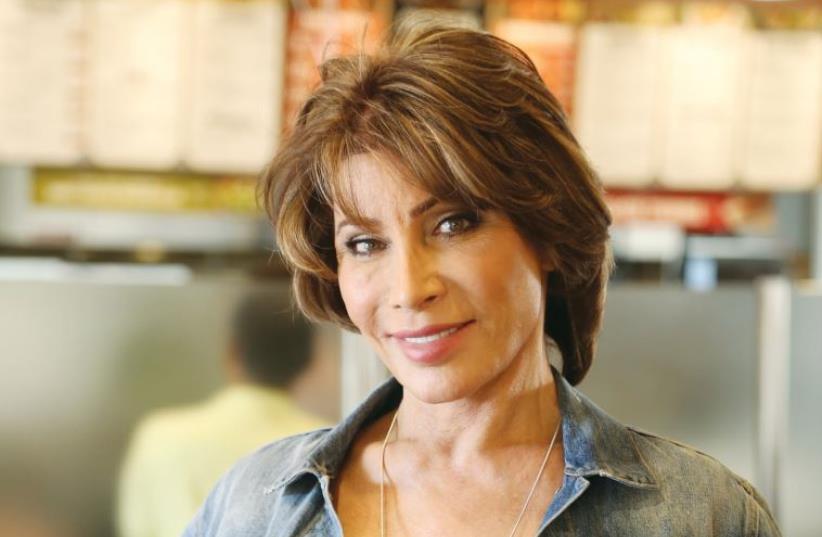 Michaela Mendelsohn is a transgender activist and Trevor Project Board Member
(photo credit: Courtesy)
Advertisement
On June 3, 63-year-old Michaela Ivri Mendelsohn will stand before her congregation at the reform Temple Kol Tikvah in the Los Angeles suburb of Woodland Hills as part of her official Hebrew naming ceremony. It’s just one more important step in her journey that began eight years ago. Back then, Michaela was Michael.We’re sitting in Michaela’s office, where she is CEO of Pollo West Corp., one of the largest franchisees for El Pollo Loco – a nationally recognized restaurant chain specializing in Mexican-style grilled chicken.

Despite a scratchy voice (the lingering remnants of a cold), Mendelsohn speaks with composure and authority.These are the traits that have allowed her to navigate life first as a businessman and now as a businesswoman and a spokesperson for the transgender community.She’s the first trans-woman to sit on the board of The Trevor Project – the leading national organization providing crisis intervention and suicide prevention services for lesbian, gay, bisexual, transgender and questioning/ queer (LGBTQ) people between the ages of 13 and 24 – the first trans-woman to enter the Ms. Senior California pageant and she also worked as a consultant for the transgender character played by Laverne Cox on the hit TV series Orange is the New Black.Even though Mendelsohn legally changed her name eight years ago, it’s only now that she feels ready to undertake her Jewish renaming ceremony.“You don’t go from being this macho man for over 50 years into this perfect woman with a snap of the fingers,” she explains. As a man, Mendelsohn was married with two daughters and a son, all of whom had bar and bat mitzvas.Following her transition, she divorced, but eventually found love again with her partner, Carmel. Today they have a twoand- a-half-year-old son, Isadore. 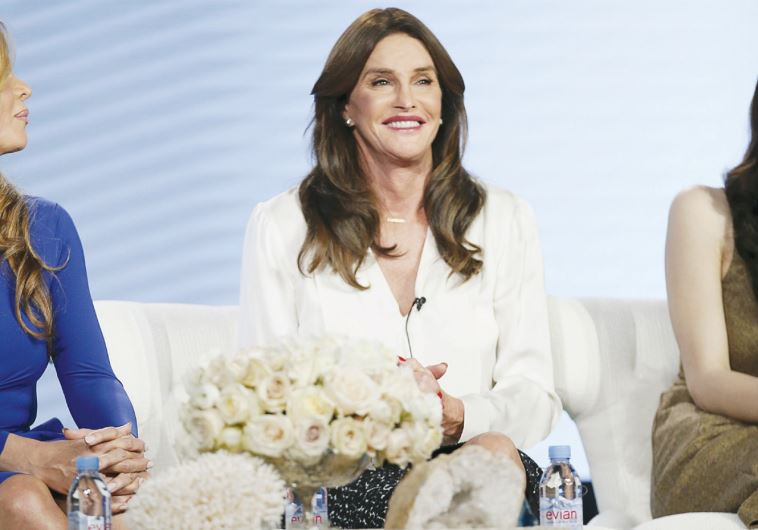 Mendelsohn speaks of being “moved by the feeling of warmth, inclusion and acceptance at Kol Tikvah” especially when seeing a conversion that Kol Tikvah Rabbi Jon Hanish oversaw six months ago.“It was such a moving ceremony,” Mendelsohn recalls, “and the way he was welcomed, I knew it was important for me to do something where I would come out to the congregation. I felt it was time to do my renaming.”A close friend who was a rabbi helped Michaela choose her names eight years ago. “Michael to Michaela was a simple one. It was the least amount of disruption in my life,” she says. “And I loved her choice of Ivri, which means ‘a Hebrew’ but also literally means one who crosses over. The symbolism for me was wonderful. I kind of felt as though I was on my own journey crossing over.”Mendelsohn says she’s grateful for the opportunity to be part of such an open, loving community. “Rabbi Hanish was very involved in operating phone banks to fight Prop 8 [which temporarily overturned the legality of same-sex marriage in California] in 2008 and they do things in the preschool with special books that are about two-mommy and two-daddy families, such as And Tango Makes Three. There’s even one about transition, called Red: A Crayon’s Story. It’s a really moving story about a crayon whose cover is a different color than the crayon is inside.”Speaking with the Magazine by telephone, Rabbi Hanish says, “Michaela wanted to honor her transition and that seemed to make logical sense to me – ritual is designed to honor people as they go through different life changes. I’m very proud of [her]. It’s very difficult, especially as we age, to say who we truly are and want to be and [to] say that to the world. I think her bravery is quite impressive and needs to be honored and respected.”“BRAVE” AND “fearless” are words people often use to describe Mendelsohn, but she says having such a difficult childhood and being bullied as a kid she learned early on to compartmentalize her issues and her pain.Then, at 13, when the class bully urinated on her in the showers at school, she decided it was time to change. “It put a chip on my shoulder and I knew I had to become someone different. That summer I lost 15 pounds, grew three inches, worked out four hours a day and within two years set all the physical fitness records in my city and got a letter from president Lyndon Johnson.”Mendelsohn is the first to admit it was “a cover up, kind of a Bruce Jenner story.I was good at athletics and it was a way to push things out of my mind. When I was bullied I never fought back, so now whenever I’m afraid of something I feel the urge to confront it. When I feel fear I call it a challenge and I look at the Buddhist philosophy of challenge being an opportunity to grow and to learn and to be something better. I take my opportunities and I try not to squander them. I’m sure there’s plenty in Judaism about that too.”So does she have a connection with Caitlyn (formerly Bruce) Jenner? “She’s an acquaintance of mine, we tend to run in some of the same circles.I feel that she understands that she is not an imminent spokesperson for the [trans] community. She was kind of thrust into that role by the media but she also welcomes it because she wants to make a difference. I do believe she wants to do good – she may make mistakes because she’s still learning – she’s certainly not qualified yet to be a spokesperson for the community. But the exposure she’s brought along with Laverne Cox, has brought the ‘T word’ out of the closet so it’s helping us move our agenda forward.”However, Mendelsohn adds that notoriety has also created pushback, “like with the bathroom controversy,” a series of Republican bills in various states requiring people to use public restrooms based on the sex they were assigned at birth.“The LGBT agenda has moved forward so quickly under the Obama administration and it was bound to shake the trees in areas that feel that their way of life is being threatened. I think we have to push back like we’re doing as an LGBT community and help educate.” 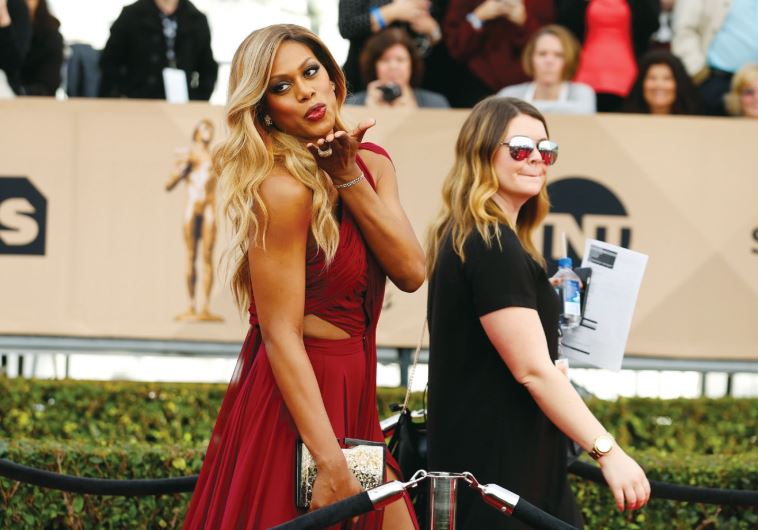 ON A more positive note, Mendelsohn says more parents are recognizing their trans-children, getting them help at the right time because currently “41 percent of trans-youth attempt suicide during puberty.”She believes over time there will be fewer stories of late “transitioners” like herself and Bruce Jenner and Jill Soloway’s “Moppa” (her father who became her mother) and created the television show Transparent based on her family’s experiences.Mendelsohn says when it came to her transition she became mentally and physically ill, she isolated herself in her home away from friends and family.“People thought I had cancer and was dying. One morning I woke up with this little voice telling me if I don’t face my gender issues I’m not going to make it.”Mendelsohn began researching gender issues, went into therapy, began taking estrogen and “I felt the peace I never believed was possible because my whole life I felt like I was walking up a steep hill but at that moment everything changed.”But it wasn’t an easy journey. Estrangement from her children and her ex-wife followed. She adds that so often the story focuses on the person who is transitioning, but families and friends are deeply affected by the transition too.“My kids (who were 13, 19, and 21 when she first came out to them) had me up on this pedestal as this hero, macho, overachiever. And when I fell off that pedestal it was very difficult for them.For my daughters I was the type of man they would marry someday and for my son I was the type of man he maybe wanted to become one day. But that kind of came crashing down.”Learning to accept herself and find happiness, she said, is what “left me the space to understand what my kids and my ex went through and they were slowly able to come back to me. I feel blessed.”Mendelsohn’s ex-wife will be at her June 3 ceremony, where she also plans to talk about her transition, and she’s hoping to get all her adult kids there, too (they live in different parts of the country now).She continues to move forward with her own life, being a spokesperson for the LGBTQ community, while still running her business operations. A regular speaker at the Museum of Tolerance here in Los Angeles, Mendelsohn says she’d love the opportunity to come and speak in Israel – a country she has yet to visit.“I know Tel Aviv is a very inclusive place and I would love it if this creates a connection to speak there. I’d love for that to be my first opportunity to go to Israel.”