A history professor’s curiosity leads to a research odyssey. 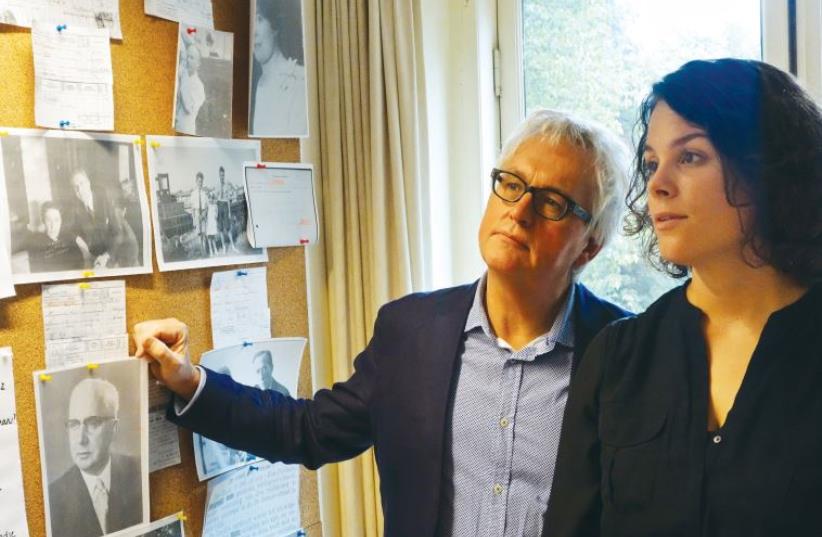 Prof. Wim Willems and historian Hanneke Verbeek’s cooperation produced a book on interbellum Dutch Jews
(photo credit: Courtesy)
Advertisement
A few years ago, teacher of history and researcher Prof. Wim Willems of Leiden University in The Hague discovered something intriguing.There was a particular street in his hometown of The Hague in the Netherlands which had housed a disproportionate number of Jewish residents between the two world wars. The thoroughfare, called Harstenhoekweg Street is situated in the seaside district of Scheveningen. His interest in the street was sparked by a chance discovery.“Someone from the local archives gave me a tip that the new owners of a house on Leeuwenhoek had, in 2003, found in the big cellar of the house, which was full of bricks, sand and concrete, among all the garbage seen papers relating to three families,” Willems explains.

One of the families was Dutch and two hailed from Poland. All three were Jewish. He was inspired to write a book.“I thought: I have found a family! Now I can start to write a chapter. I have to focus on one of families,” Willems told the Magazine.Over time he followed the trail of various bits of information, some of which led him to members of the family who had moved to Haifa and Jerusalem in the 1950s but the trail ended there.Willems was determined to dig deeper into local Jewish history and to shed some more light on life for migrant Jewish families in his neck of the woods prior to World War II. He got more than he’d bargained for.“We found out that on the Harstenhoekweg, in 1942, Jewish families were deported from 43 of a total of 171 addresses. That meant that Jewish families were living there in one out of every four houses on the street and, as you can see from the Jewish digital monument here in Holland, most of them were killed.”WILLEMS WAS joined on his research odyssey by fellow historian Hanneke Verbeek. They pieced together enough information about the interbellum Jewish residents of Harstenhoekweg to produce a book which came out, in Dutch, at the end of last year. The tome, which Willems hopes to have translated into English and, possibly, Hebrew in the not too distant future is called Hier woonden wij. Hoe een stad zijn Joodse verleden herontdekt (“We lived here. Our city rediscovers its Jewish past”).“That was a new insight,” that there were so many Jewish families there, not only on Harstenhoekweg but in Scheveningen in general, continues Willems.“I was interested in the fact that there was so little known about the Jewish history of The Hague, despite the fact that it was the second largest Jewish community in Holland. In 1940, there were about 17,000 Jews living there, out of 500,000, it was a small percentage. Nevertheless, the Jews not only lived in the inner city but also there were two or three thousand in Scheveningen, and there were all kinds of Jewish families living in other neighborhoods in The Hague. We don’t know how many.”Willems was determined to learn more about the Jews of his hometown, how they lived, what happened to them and what they contributed to local history. “I didn’t really know a thing about Jewish history,” he states, “not more than what you read about when you are a historian. Jewish history was not a specialization of mine.” He hoped that learning more about the Jews who lived on Harstenhoekweg after WWI and until 1942 would open up doors to a richer and more abundant seam of information.“There is this Dutch metaphor, that in a drop the whole ocean is mirrored,” notes Willems, who was willing to dive as deep as it took to come up with the sought after treasures. “If you put a microscope on this one street, then you go into the depth. I thought let’s start with this one street, because we knew it was a very Jewish street in 1940-42, and I wanted to see how it was before that.”It seems that, as is often the case, Jews began migrating to the Dutch seaside resort in the wake of war, but not just Jews.“We discovered – and this was really the starting point for the book – that a lot of people from Galicia, which was part of the Austro-Hungarian Empire, went to Antwerp to work in the diamond trade,” explains Willems. 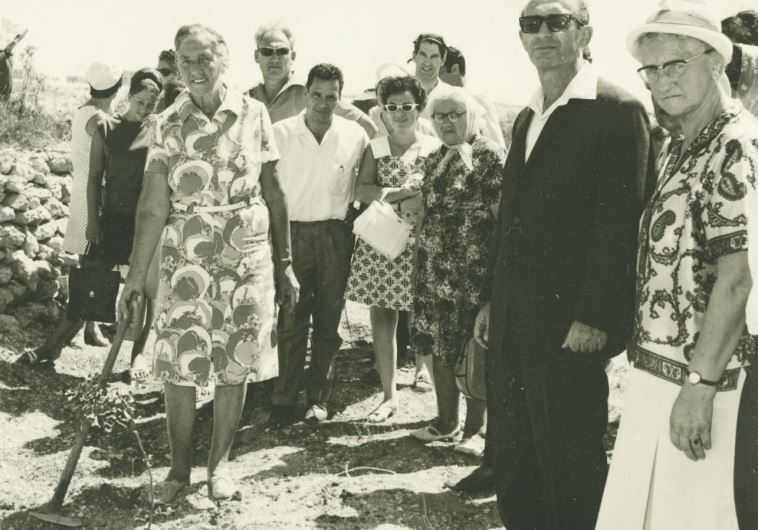 THE POLISH immigrants duly began climbing up the social ladder, and all was well and good until war intervened.“They were integrated into the upper middle class in Belgium, but when the first World War began they became the enemy, unwanted aliens, and they had to get out.” For a change the expulsion order was not issued on anti-Semitic grounds. “It was not because they were Jewish,” Willems continues, “but because they were from Galicia and were part of the enemy.”Scheveningen offered a convenient haven, and was located just 120 km. from Antwerp. There was also accommodation available.“In the summer season there are a lot of people in Scheveningen, but this was October 1914, winter time, and, anyway, the Belgian and German tourists who [usually] went there didn’t go there then, because of the war.”The Hague seafront neighborhood became home to a relatively large number of Jews. The new arrivals could also continue their professional activities in neutral Holland.“There was a train from there to The Hague, and from there to Amsterdam or to Rotterdam, so people could work in the diamond trade there.”Harstenhoekweg became the epicenter of the new Jewish community.“Around 70 or 80 percent of the houses on the street were rented, some were bought, by Jewish immigrants,” notes Willems. “They created a sort of blueprint of a Jewish community in Scheveningen. They began to open their own institutions. They bought a building which had been a dance club and turned it into a synagogue.”Willems and Verbeek left no stone unturned as they traveled far and wide, including to Poland, Russia and Israel,to talk to Holocaust survivors, and check out local records.“Of course 95 percent [of the remnants of Jewish life in Scheveningen and other places] is gone – houses, synagogues, documents, photographs etc. But you have to be there – for me, I had to be there. I had to be in Rzeszów and Cracow and Lvov – to get an idea of how they lived and where they lived. You have to see photographs, to bring the places and people to life. We have photographs of almost all the main characters in our book.”The Internet led the two historians in all sorts of directions. A Google search, for example, took Willems and Verbeek to the son of a former resident of Harstenhoekweg Street living in Australia, who happily provided them with some evocative photographs of family weddings that had taken place in Scheveningen prior to WWII. Willems says he would like to have his detective work applied to other places.“My mission would be that you have to do that everywhere in Europe. Take a street, or a quarter, take a village – there may have been one Jewish butcher so you had a Jewish community – and go into depth. You can find things – documents, photographs, letters , and sometimes even stories, although that is very complicated with children and grandchildren [of Holocaust survivors] because a lot of the survivors did not want to talk about their past.” 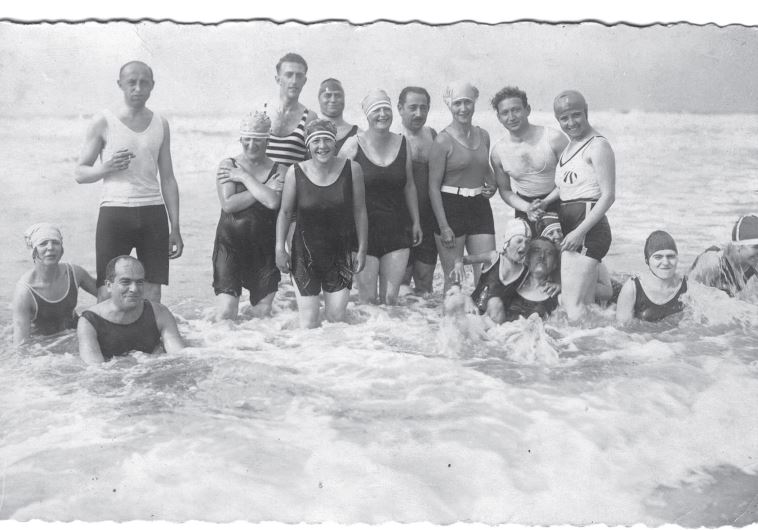 FOLLOWING THE launch of Hier woonden wij, Willem is keen to further another project that is dear to his heart. The subject in question is a Dutch woman called Maria Henrica – a.k.a. Ru – Paré who saved 52 Jewish children during the Holocaust, and was recognized by Yad Vashem as a Righteous Among the Nations in 1968. Willems heard about her at a local session of Open Jewish Houses, a state initiative in Holland that began in 2012, and is held annually on May 4.Events are hosted in various cities and towns across the Netherlands, including The Hague, at which Holocaust survivors tell their story.Paré was a celebrated local artist and, during WWII, found safe homes for the children and did her best to ensure they had enough to eat and wear too.“She’d ride around on her bicycle which had a box for paints on it, but instead of paints, she’d put in the box food, clothes, rations coupons and that sort of thing,” Willems explains. “Her new mission was to save children. Not because it was a noble idea, but just because ‘you have to do that.’ She put Jewish children in different places for three and a half years. She never talked about it after the war.” 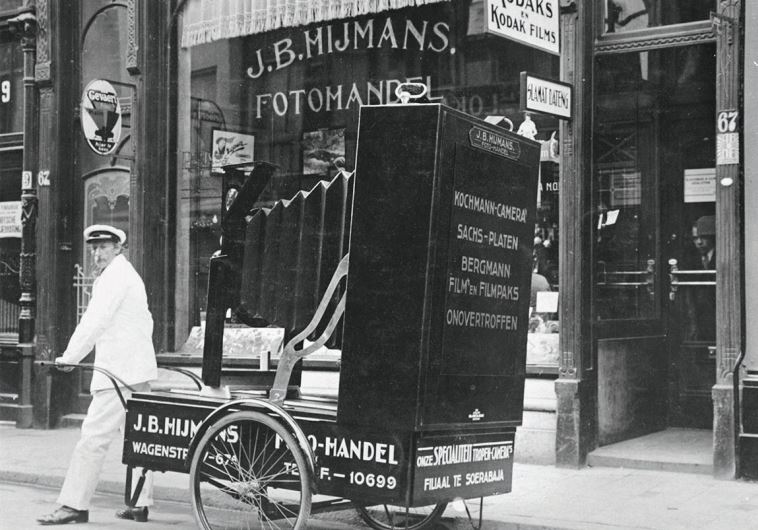 But the children she saved did talk about her, which eventually led to recognition of her heroic deeds by Yad Vashem, four years before she died. Thirty-five of the 52 she saved ended up in pre-state Palestine, sent over here with a Dutch Jewish family called Levin, who ensured their safety. Willems has no knowledge of the whereabouts of the children Paré saved, other than three – brother and sister Natan Lev and Meira Rubin, and their adopted sibling Shlomo Levin. The latter took his surname from the aforementioned Dutch couple who escorted him here.“I want to get in contact with all these children,” says Willems.Willems has photographs of Paré with some of the people she saved, taken on various trips she made to Israel in the 1960s. “I don’t know who the people with her in the photographs are,” he says. “I’d love to find out where the children are now. I really want to meet them, talk to them about Ru Paré and to write a book about her.”