Israeli intelligence at 70: Does the future lie with humans or machines?

Former senior officials weigh in on the challenges and opportunities presented by new technology.

By YONAH JEREMY BOB
APRIL 1, 2018 16:07
A man holds a laptop computer as cyber code is projected on him
(photo credit: KACPER PEMPEL/REUTERS)
Advertisement
Should Israeli intelligence move more toward cutting-edge data mining or maintain the traditional pillars of human-centered work? As Israel celebrates its 70th birthday, the question will only become more pressing. What can we learn from delving into the country’s intelligence history and what do top officials foresee in this realm? It comes as no surprise that the debate about whether Israeli intelligence should invest more in the direction of data mining – using pure technological and cyber power to gather and analyze threats, versus continuing to invest in human analysts and spies – is a recent development, coinciding with the steady advance of today’s technological know-how.From the founding of the state until the late ’60s, the Mossad did not have substantial operational or technological arms.Until then, it established various foreign spy rings and provided information to its big brother, Israeli military intelligence, which did the operations, technological and analysis work.One leap forward happened in the mid-’70s. After the Agranat Commission concluded that the state was surprised by the 1973 Yom Kippur War – partially by relying too much on intelligence analysis from one organ, IDF intelligence – the Mossad established its own intelligence analysis division. The idea was to provide a separate assessment of threats for the political echelon to consider.The commission also established the principle of intelligence pluralism, allowing and encouraging the Mossad to share aspects of strategic forecasting with IDF intelligence, over sensitive issues such as assessing the Iranian nuclear threat.Another leap forward occurred more recently: the information and cyber revolution. During this rapid shift of technological advance, all of Israeli’s intelligence arms – the IDF, the Mossad and the Shin Bet (Israel Security Agency) – massively increased their intelligence- gathering capabilities. Last year, the Shin Bet announced it had increased its staff from single digits to a much larger core of specialists.
Libertad - The Mossad Technological Innovation Fund
It did not provide a breakdown regarding how much of its staff is wedded to more human-based methods versus those skilled in data mining, but there is no question that, to some extent, the latter is on the rise in Israel and elsewhere at the expense of the former. 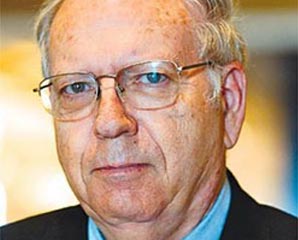 WHAT IS the right balance to strike going forward? Former Mossad chief Efraim Halevy recently spoke with The Jerusalem Post Magazine about the challenges ahead. “The basic methodology has changed in terms of new horizons reached in this era of 21st-century excellence,” Halevy said.Nevertheless, he explained, that while basic concepts have undergone changes, intelligence work remains a combination of information gathering, prioritizing and putting the data to effective use. Just as in the past, he continued, intelligence agencies are utilizing information to thwart attacks or get a better handle on the potentially harmful strategic shifts in the region and beyond.“So, on one hand, a lot has changed,” Halevy said.“But in the end, it means the basic requirements of intelligence have not.”When pressed about the specifics of today’s rapid changes, Halevy said: “The use of cyber both as a method for collecting information and also as a means of neutralizing threats is new.” He added that new cyber tools have replaced some of the original ones that have proven successful, demonstrating a newfound confidence in current capabilities.“This means intelligence has become all the more important to safeguarding our security, but it also means that the potential pitfalls of error in threat assessments are much greater.”Just as Israeli cyber capabilities have expanded, he explained, the cyber prowess of Israel’s enemies has also increased.One major initiative of current Mossad director Yossi Cohen has been to privatize aspects of intelligence technology development as well as aspects of the intelligence gathering process.Halevy supports Cohen’s venture-capital initiative that allows private companies to develop new technologies for the Mossad’s uses.There have been similar initiatives in foreign spy agencies. The CIA, as well as Russia, Halevy noted, has been very effective in using private sector innovations.But working with the private sector entails serious risks. By linking itself with private interests, is the Mossad risking a massive security breach, similar to the one perpetrated by NSA-private contractor Edward Snowden? Halevy dismissed the objection.“I can say the same thing about computerization.You can say that because of possible security breaches, you shouldn’t purchase equipment from non-government organizations. You should only set up your own computer capability and produce your own equipment.“That is impossible. You cannot have or build your own computer empire without the necessary equipment for purchase in the private sector.“You are not going to manufacture your own computers.If you try, it will be terribly expensive, and you will never keep up with the latest and most sophisticated equipment.”Halevy explained that if Israeli intelligence tried to home-grow all of its technology, it would come at the expense of other things. By not outsourcing aspects of technological development, all of the Mossad’s other assets would likely be drained.But Halevy warned that intelligence officials need to ponder how to open up to technology while at the same time remaining vigilant against security breaches. 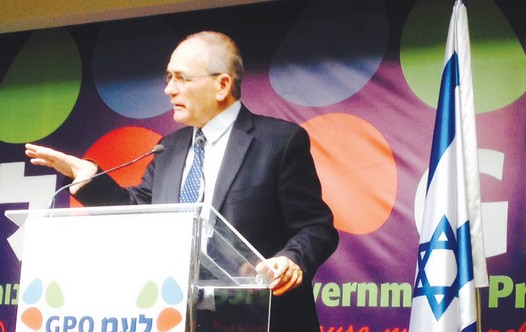 FORMER TOP IDF military intelligence Brig.-Gen. (res.) Yossi Kuperwasser also weighed in on what the priorities of Israeli intelligence should be, and where its future lies.As we have seen before, the common bone of contention among intelligence experts is between those who want to move more aggressively in replacing human analysts with cyber tools and algorithms, and those who say human specialists in specific areas should be maintained (they contend that culture and language, such as Arabic, are irreplaceable).This debate played out between IDF intelligence Col. Michael Milstein and IDF intelligence Col. (res.) A.H. in a recent report put out by the Israeli Intelligence Heritage and Commemoration Center.“They are both right,” Kuperwasser said. “We need to develop the modern intelligence officer and also cope with new kinds of information, to understand new databases and understand new kinds of analysis.“If this harms expertise in culture and languages, then the quality [of intelligence] would be harmed.“One of the great advantages we have is that our adversaries have a set culture and way of thinking… You can’t say this about some [terrorist] organizations, where it is hard to learn their culture in a systematic way.”One approach, he explained, was to try to maintain a balance between the two views and monitor potential gaps.“Today, we are better at technology and worse with culture.”Most importantly, he continued, the Israeli intelligence community must get the best people and then teach them, even if they lack a particular skill set.He mentioned the Havatzalot program for training elite intelligence officers.“We need to teach them about both culture and technology.” The program involves three years of training, including the academic, cultural and technology sides. “It costs lots of money, but we need to do this,” Kuperwasser said.On the positive side, he explained, Israel has been very successful due to its ability to adapt and change, its encouraging of creativity, inter-agency cooperation and hard work.At the same time, he warned: “Israeli and other top intelligence agencies have had many misses… and have not prevented major attacks.”And then there are the strategic, big-picture issues such as Syria. What will happen in the war-torn country this year? Kuperwasser explained that such issues are much more complicated and require an agency to constantly grapple with fluid circumstances.“There need to be more changes in this area of strategic intelligence,” he added.To illustrate the problem, he cited the recent Iranian protests.Israeli intelligence needs to do better at understanding how large protest movements work, he explained.Presuming that the protests had taken Israeli and US intelligence by surprise, this would mean they missed an opportunity to undermine the regime by amplifying the protests.The former top military intelligence official said, “We need to do more than just understand what [Ayatollah Ali] Khamenei and [President Hassan] Rouhani are thinking. We still need to know what they are thinking, but also understand the new energy unleashed in popular movements.”In the past, Kuperwasser explained, intelligence officials deemphasized the social sciences. Now, they realize the need to consult sociology and psychology experts.As Israel marks 70 years of intelligence, the debate over which direction it will go – toward machines or humans or some kind of balance – is just beginning.