Activist Noam Shuster-Eliassi believes the Israeli ‘peace camp’ is too Ashkenazi and secular, and thinks the only way to end the Arab-Israeli conflict is to engage the wider public. 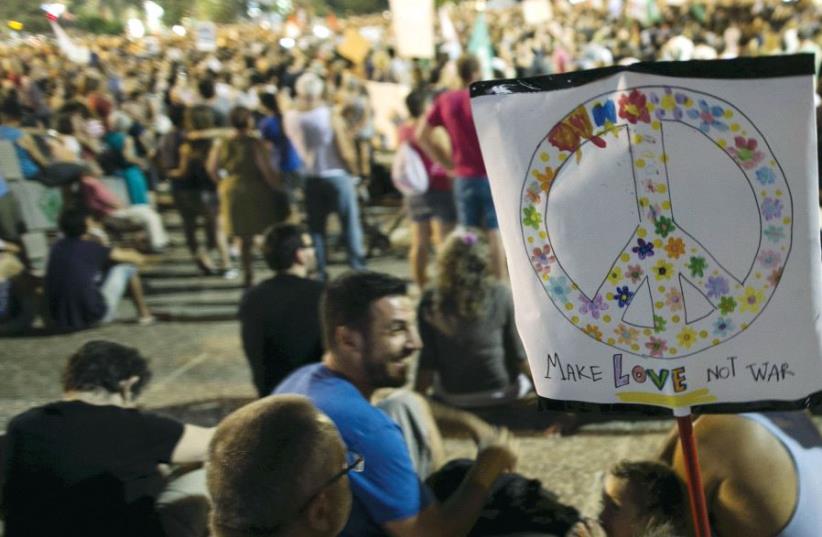 Left-wing protesters at Rabin Square in Tel Aviv, 2015
(photo credit: BAZ RATNER/REUTERS)
Advertisement
"The Israeli ‘peace camp’ is dying partly because it is exclusively dominated by Ashkenazi secular Israelis,” argues activist Noam Shuster-Eliassi right at the beginning of our conversation. “Most of them,” she explains, “come from Tel- Aviv, who snub other sectors of society.”At the young age of 30, Shuster-Eliassi already has years of experience as an activist both in Israel and the US, working with youth in Rwanda and in the past five years as a leader in the Interpeace Israel chapter.