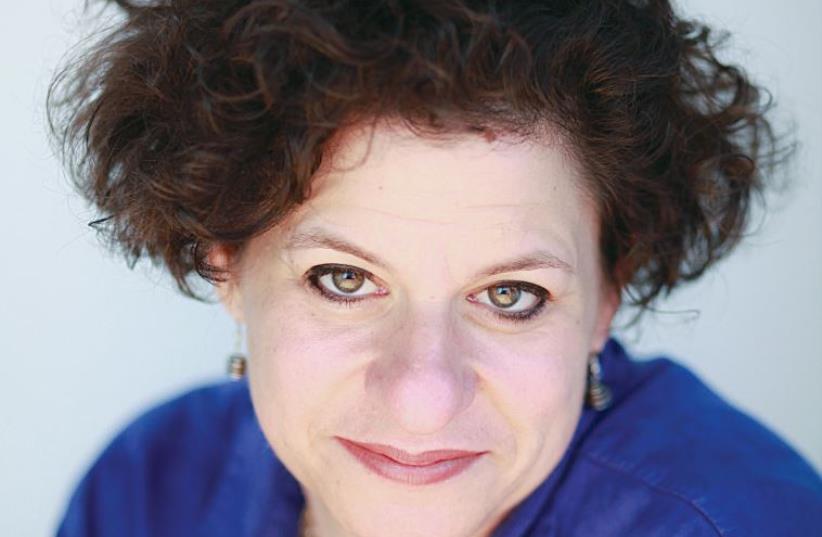 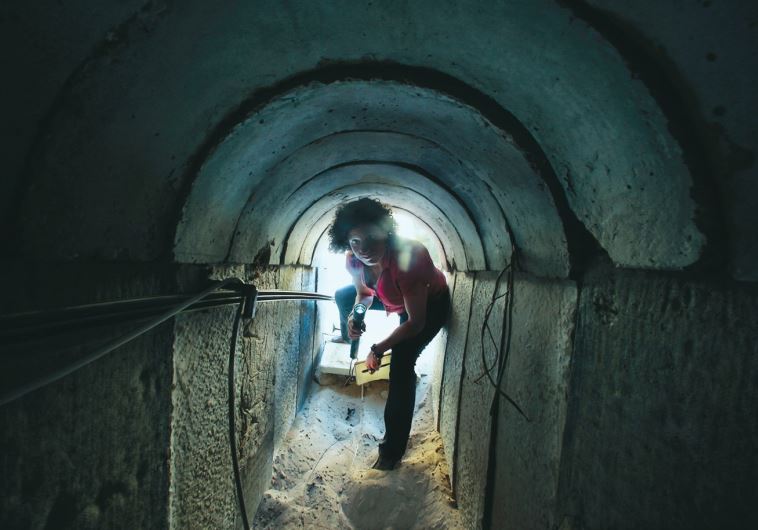 RUDOREN WALKS through a Hamas tunnel uncovered by the IDF during Operation Protective Edge in 2014.
(Photo credit Rina Castelnuovo/New York Times)WITH ALL of the criticism of her work, Rudoren says that the things she is most troubled by are accusations that she lacks empathy – and how accusations like these are used to undermine journalism in general.She gives the example of one particular story. For Remembrance Day Rudoren profiled the mother of a soldier who fell in the Yom Kippur War. Since his death, there have been 23 people named after him – Gil’ad. Every year for more than 40 years, the mother holds a memorial service to honor her son and celebrate those who are keeping his memory alive.“I thought it was this very important story, a very perfect wonderful human story… and it told you a lot about Israelis and how they mourn their war dead, which is very different from Americans,” Rudoren says.But this story was also not without its criticism. “I got a text message from a Palestinian official: ‘Your lack of empathy for Palestinians is unbelievable.’ I thought, how does this have anything to do with Palestinians? And since when does empathizing with this woman mean I don’t empathize with Palestinians?” Rudoren continues, “Empathy is a key tool of journalism. It is a major and important factor in conflict resolution, and I think it’s a basic thing of being a human being. I’m pro-empathy; I don’t think it’s limited, I don’t think it’s finite.“You do need empathy to tell the story of the prisoner in a way that dimensionalizes him, but it dimensionalizes him in all of his mess; whatever you find, you put in. I didn’t think either of those stories were pretty stories about the prisoner or the stone thrower; I thought they were tough stories.”Later, in an email, Rudoren wrote: “What rattled me about the comment was the notion that even empathy was understood here as a zero-sum game.The general ‘score-keeping’ by advocates as a frame for analyzing news coverage is bad enough, in terms of reducing the complexity of life and this conflict to some kind of zero-sum situation, but empathy? Always seemed to me it was infinitely available/accessible and empathy for one person need not have impact on empathy for another, regardless of their relationship.“Of course it’s difficult to empathize with two people, or two peoples, in conflict, but it’s not only possible, it’s essential for mainstream journalism and outsider understanding of this place.”FOR HER time here, Rudoren is proud of the stories mentioned above and of other stories she covered, including “Walking in War’s Path,” an interactive feature online that has a quick succession of still photographs mimicking a daily path walked by Israelis and Palestinians who were affected by 2014’s war between Israel and Hamas. Another piece, “Proudly Bearing Elders’ Scars, Their Skin Says ‘Never Forget,’” is about children and grandchildren of Holocaust survivors tattooing prisoner numbers on their own arms. Stepping slightly out of her beat, in a series of articles Rudoren chronicled life of Syrian refugees in Jordan’s Zaatari refugee camp.“Those stories affect your heart and you never really lose them,” she says.In March of this year, Rudoren worked with Jeremy Ashkenas to investigate Prime Minister Benjamin Netanyahu’s settlement construction record.“I did it in partnership with someone from our data visualization interactive team. He did a really impressive body of work that shows visually the change in the settlements since Netanyahu’s first term, and together we did the most comprehensive accounting of where Netanyahu is on settlements.”As for the stories that she never got to cover, Rudoren said she ruminated on a project that would explore the Oslo generation – those born in 1993, who came of age in the second intifada and who are turning 21 now – what their lives are like in this atmosphere of increased hopelessness.When she gets back to New York, she’s looking forward to taking her experience as a correspondent and working with other international writers and sharing her passion for digital innovation.“This is a critical moment in journalism. Are we going to continue to get readers that support aggressive, ambitious international coverage?” she ponders.What will she miss? The food, and regular Saturday morning bike rides with NPR correspondent Emily Harris.She looks back on her time fondly.“I think that the inherent newsiness of this place and the tendency of most people to want to talk is a journalistic gift that keeps on giving. So I don’t know if I’ll get to work in such an environment again. I understand it’s a gift – even if it comes with a lot of booby traps.”