ONE ON ONE: A professional woman

Against the backdrop of ‘Bottlegate,’ the ‘Magazine’ sits down with Sara Netanyahu – to meet the very human wife, mother and educational psychologist behind the figure the press loves to hate.

By NAOMI RAGEN
Advertisement
It is 3:59 p.m. on February 18, about an hour after my scheduled interview with Sara Netanyahu was supposed to begin. I call my husband: “I’m seriously considering leaving.” He advises patience.I am sitting in the office that once belonged to former house manager Meni Naftali, who is suing the Netanyahus for NIS 1 million – claiming he was insulted, treated unfairly, yada yada yada.There are piles of plastic bags stuffed with unidentifiable material, a randomly placed iron, an unhappy plant, a round top to something or other, and a half-eaten bar of Elite chocolate. I’m thinking: If this is the way Naftali left it, the Netanyahus should be suing him.At 4 p.m. the state comptroller’s report is due to be released, concerning the Netanyahus’ use of public funds in maintaining the Prime Minister’s Residence.“Can I turn on the television?” I ask someone. There it is, taking over the airwaves: State Comptroller Joseph Shapira’s considered judgment that “household expenditures did not meet a single criterion of the basic principles of proportionality, reasonableness, economy and efficiency,” and that “spending by the Prime Minister’s Residence on catered and takeaway meals, as well as on cleaning, [was] excessive.”A half-hour later, I am finally ushered into the office of the prime minister’s wife. On the way, I pass through the premier’s official residence, which is at the heart of the comptroller’s report. I look hard for gold-leaf ceilings and imported antiques, but all I see is a charming house in a state of genteel decline. The door handles are scratched. The kitchen is covered in blue formica – all the rage when I first came to Israel as a new immigrant in 1971. The furniture is simple, pleasant and forgettable.I can’t help comparing it a few hours later to my neighbor’s home, during a home-owners meeting in my Katamon apartment building. My neighbor’s furnishings are nicer, certainly newer.To tell you the truth, it’s pretty embarrassing to think that world leaders are brought here. I’d say it is way overdue for a major renovation – of the kind the President’s Residence recently completed under Shimon Peres, to the tune of hundreds of thousands of dollars. But I guess now the Netanyahus won’t be able to do anything.Sara Netanyahu’s office is homey, decorated with her favorite family photos as well as those of her and her husband with visiting dignitaries, such as US president George W. Bush and his wife, Laura, First Lady Michelle Obama, and even Madonna. There is one photo of Sara and her husband that especially caught my eye: She is leaning into him, her eyes closed as he wraps his arm around her. I’ve got a similar one with my own husband of 45 years; it’s a photo of two people who couldn’t be closer.Despite the bad news, Sara Netanyahu comes in with a smile looking polished and chic, in a simple, flattering outfit of black pants and a black top and sweater.She looks full of energy, even after what must have been a disappointing and trying day of bad news and more personal attacks. She apologizes for the delay.“WOULD YOU like to say something about the comptroller’s report?” I ask her right off the bat, wanting to usher the elephant out of the room.“The timing is surprising,” says Sara. “A few weeks before the election, and there is no sense of proportion. There was supposed to be a line-by-line comparison of costs between the running of the prime minister’s official residence, with the cost of running similar public institutions like the President’s Residence.Without that, how is the average person supposed to judge what’s going on?” My thoughts exactly.“Let’s talk about something a bit more pleasant,” I say quickly, happy to put this unfruitful topic aside. “Let’s start with your childhood. I’ve read many articles about you, but I’ve never once heard you describe your upbringing.”“That’s because no one ever asks me, and no one is interested,” she replies, giving me my first glimpse into her fraught relationship with the Israeli press, which has hounded her for years – creating a narrative in which she is usually pictured as a cross between the Wicked Witch of the West, Marie Antoinette and Imelda Marcos. “She is the most hated woman in Israel,” someone wrote me recently in a talkback to one of my articles.And here I am sitting next to the object of widespread derision as she graciously pulls up a chair beside me, instead of barricading herself behind her desk, answering my questions as we pore over baby pictures together (she was an adorable blonde cherub with three older brothers, her family’s pride and joy). 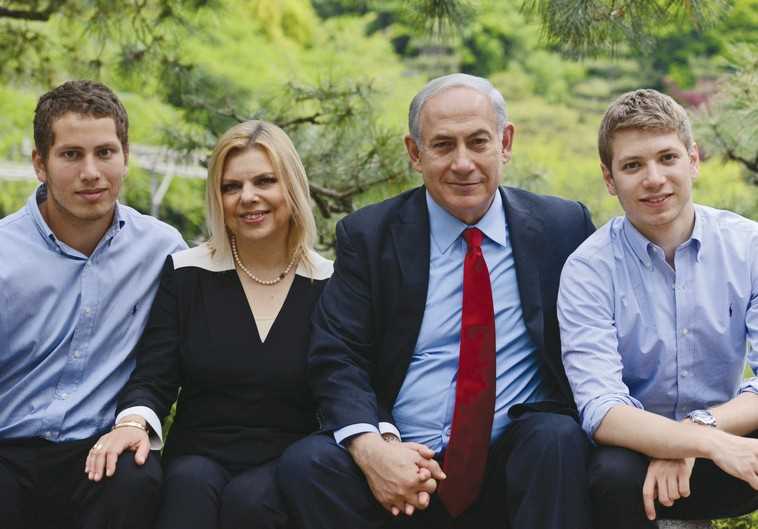