'The most important archeological site for the Jewish People'

While the government debates the construction of an egalitarian prayer space at the Western Wall, one archeologist says great treasures and discoveries could be lost. 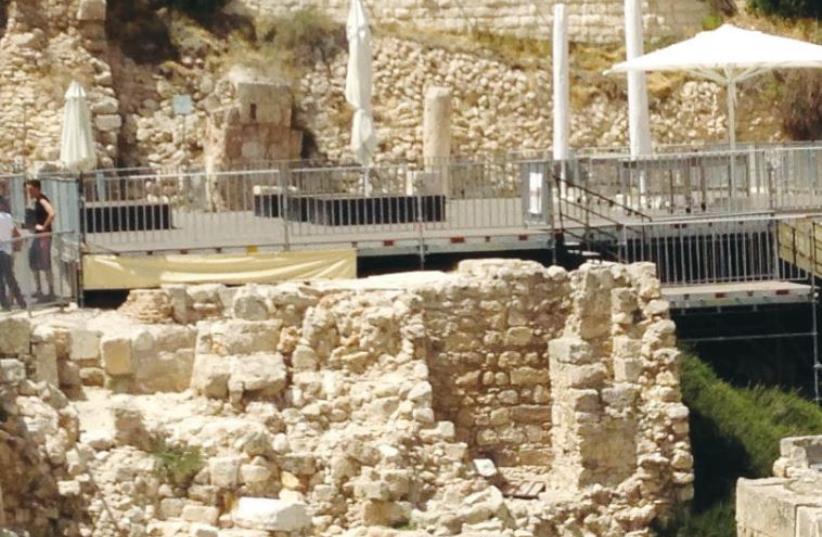 The prayer platform, established in August 2013, as seen near Robinson’s Arch. The government plan is to extend this area over the archeological dig
(photo credit: Wikimedia Commons)
Advertisement
When Ronny Reich, a well-known archeologist and current head of the Archeological Council of Israel, started his large-scale excavation along the southern part of the Western Wall in 1994, he had a good idea of what he would find, at least on the surface of the street.His interest and expertise in water installations, including mikvaot (ritual baths), made him a suitable choice when Jerusalem municipal leaders decided to renew archeological excavations in Jerusalem, particularly those near the Temple Mount. This was all part of the celebrations marking 3,000 years since “King David’s decision to make Jerusalem his capital and to establish the Temple to the God of Israel there.” The main goal was to “expose considerable remains of Jerusalem, especially from the Second Temple period.”

Reich, who at the time worked for the Israel Antiquities Authority, and his colleague Ya’akov Billig, started excavations from the southwestern corner of the Temple Mount as far north as the Bab al-Maghariba (Mughrabi Gate), an area approximately 70 m. long and 15 m. wide. They exposed most of the entire street that “extended for some 500 m. along the western wall of the Temple Mount and an additional 500 m. southward to the Pool of Siloam, a total distance of approximately 1 km.,” Reich and Billig wrote in a chapter in the volume, Ancient Jerusalem Revealed.“This length and the quality of the construction of this street attest to its having been the main street of the city of Jerusalem during the Second Temple period,” the authors revealed.In 1838, American biblical scholar Edward Robinson was the first to study this area of the Old City, “correctly identifying the stump of a monumental arch in the Western Wall of the Temple Mount,” Reich and Billig wrote. Today, we know this as Robinson’s Arch, named after the discoverer. Robinson theorized that the stump was part of a row of large stone arches that supported a bridge leading to the Temple Mount.Later findings included “the western side of the pier of Robinson’s Arch” by British explorer Charles Wilson in 1864 and 1865, the author’s wrote. 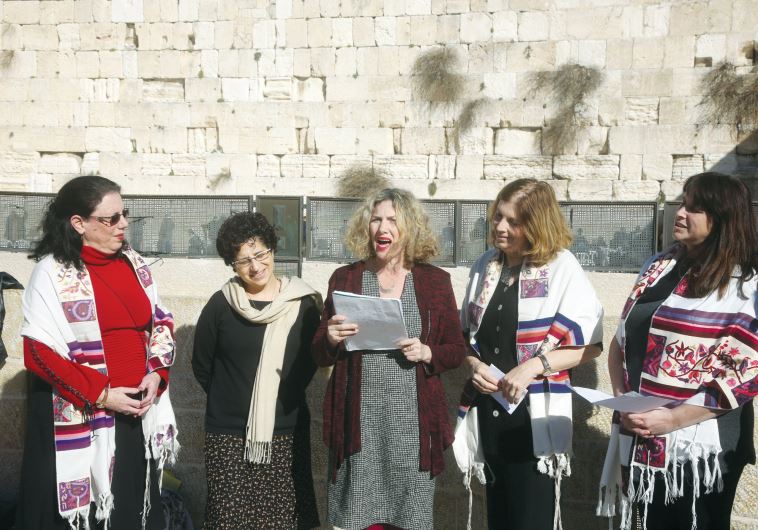 In the course of Reich and Billig’s excavations, they discovered through the dating of coins found at the site that although the Temple Mount and the staircase of Robinson’s Arch are Herodian, “the street running along the Western Wall must have been completed at least 40 years after Herod’s death.”The author’s continued, “Though it appears to have been possible to ascend to the Temple Mount via the staircase upon its completion, it may have been possible to walk along the Western Wall only following the pavement of this surface many years later.”

‘The most important archeological site for the Jewish people’ In January, the government approved construction of an egalitarian prayer space at the Robinson’s Arch area at the southern end of the Western Wall.Political opposition from the ultra-Orthodox parties in the government have stalled the plan from moving forward.Reich, as a member of the Archeological Council of Israel, also opposes the plan.A protest letter sent to Prime Minister Benjamin Netanyahu said that creating a new prayer space at the Western Wall near Robinson’s Arch would damage “the most important archeological site for the Jewish People.” Reich was one of the signatories, along with other members of the council, including Dan Bahat, who excavated the Western Wall tunnels; Jerusalem Prize winner Prof.Gabriel Barkay, who directs the Temple Mount Sifting Project; and Israel Prize laureate Professor Amihai Mazar, recently retired from the Hebrew University.What annoyed Reich was the government’s plan to build an extension of the prayer plaza, which would cover the remaining pile of stones on 35 meters of the street. He did not believe that the government would destroy anything, but would just continue to cover over historical evidence.“They did it already – a small segment of this pile of stones that is covered already. This happened about 10 years ago to enable women to pray there. Now they want to enlarge it. If they enlarge it, it will be at the expense of these fallen stones. They will disappear under a surface of metal and wood.”Nor does Reich agree with the government’s suggestion to make windows in the surface of a covered structure and light it from below. He believes that the area with the fallen stones must be left open.“It is more important than anything else. This was uncovered as an archeological garden and should stay that way,” Reich said in a recent interview at the Rockefeller Museum in Jerusalem.As he writes in Ancient Jerusalem Revealed, “The enormous pile of fallen Herodian building stones, spread over the entire street and resting against the façade of the pier of Robinson’s Arch, is a poignant and dramatic reminder of the destruction of the Second Temple.”Reich said that Netanyahu did not answer the letter.“I am not surprised. Neither he nor the Minister of Culture and Sport, Miri Regev, who is actually responsible, answered. Archeology was a national sport when I went to be a student of archeology; it is not anymore.”Reich’s excavations are situated close to the Western Wall prayer plaza, below a Roman-era Temple Mount retaining wall, which is the holiest site for Jews. The Jordanian-run Wakf controls the top of the Temple Mount, known as al-Aksa compound to Muslims and home to the Dome of the Rock and al-Aksa Mosque. Israel maintains control over access to the Western Wall as part of a status quo agreement in place since 1967. 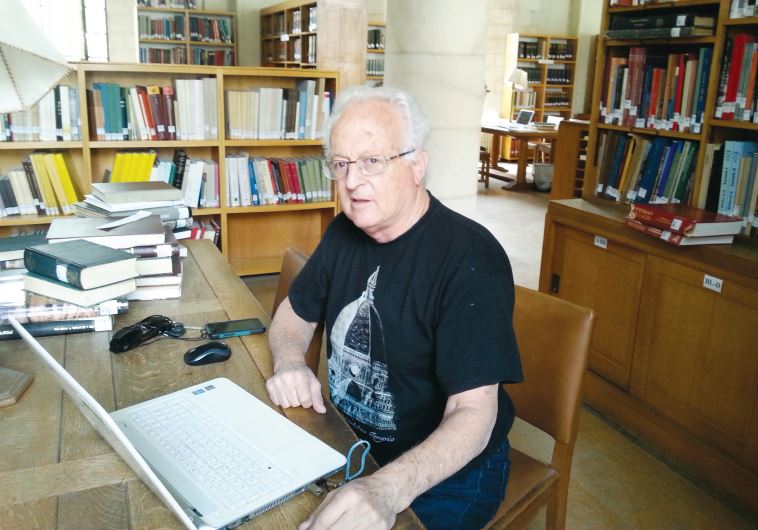 What Reich found in the excavations led him to believe that to create a mixed-prayer space next to Robinson’s Arch would be dangerous for the archeological remains.“What we see there is the Western Wall, of which only a part is the ‘Wailing Wall.’ When we exposed the street, we exposed on the street a heap of fallen stones of the Temple Mount Western Wall. The upper parts of the wall were dismantled by the Romans after the conquest of Jerusalem, probably by the Roman army, stone by stone... and they piled up on the street.”In the 1990s, Reich and Billig decided to excavate the southern half of destroyed stones on the street, namely 35 meters of the section of street. They wanted to “see what pottery, what coins are combined with the stones, under the stones – on the street, below the street. For this, we brought a big crane that took away the heavy stones. The heaviest stone that we schlepped away from there weighed about 14 tons. But the northern half of this stone pile, we decided to leave in situ [situated in its original position] because the destruction there has value.”

One can see the destruction of 2,000 years agoFor Reich, the significance of the remaining stones is educational.“The new part that I added is that in this place – and in this place only – one can see the destruction of 2,000 years ago and one can touch the destruction. Here you get the destruction very emotionally. I have seen religious people crying there. It’s tangible. You can touch it if it is important to you, and you cannot do this anywhere else.”Reich explained that excavations of the street continue, directed by other archeologists of the IAA who are working to expose more of the street. For him, it does not matter if it is the part near the Temple Mount or the part a little further south of the Temple Mount.“It is the same street. The stones being revealed are the remains of the Temple Mount,” he said. “The Temple stood in the center, of which nothing survived, but the Temple Mount and the big Herodian enclosure – this is what you see there fallen and destroyed. This is important. You can see it only there.“If [Benjamin] Mazar has already excavated a small piece of the street, and has proven by the coins and pottery that it is from the last days of the Second Temple period, my clearing 70 meters didn’t add much. I said Mazar was right in his dating when this was destroyed. I just repeated the data. What I have added in the 70-meter stretch of street is what Mazar has not done, that is, digging under the street and obtaining coins from under the street.”In 2006, Reich set out with his colleague from the IAA and second excavation partner, Eli Shukron, to excavate the main Second Temple drainage tunnel, which is under an extension of the same street. They would be expanding the scope of excavations by earlier archeologists of this tunnel, which runs from the Pool of Siloam in the south to the southeastern corner of the Temple Mount in the north.In his excavation and exploration of the drainage system under this street, which ran from the Pool of Siloam to the Temple Mount, Reich concluded that the sewers housed members of the Jewish revolt who fled the Romans.“I don’t have any doubt. We found two sewers – narrow, small, where you have to crawl on all fours – and there we found part of a large amount of pottery shards, coins, and other items that you usually find in a sewer. We also found intact complete pottery cooking pots. It is not normal to find these in a sewer because if you throw them in, they will break, and if they don’t break then, rolling in the sewer with rain would break them. So, to find them intact means someone lived there, stayed there. What was important for the person living there was the food inside, not the cooking pot itself.”Reich went on to explain that there were five places revealed in that sewer where large flagstones were broken, meaning that this was not just an opening to the channel but a place where someone broke in. The breaches in the channel reflect reports of Flavius Josephus, according to Reich.“He described the war in Jerusalem, that those who tried to flee from the city went under the ground in the channels. In one place, he says explicitly: ‘near the Siloam.’ This is maybe 20 meters from the Pool of Siloam in the south, and later he tells us that when the Romans found out that people were fleeing under their feet in the water channels, they broke the ground and dragged out those poor people and killed them.“What we have there is exactly what is described. People living under the street, hiding themselves, hiding the little food that they have gathered; even hiding from their comrades. Before the Romans broke in, there was a civil war in Jerusalem. It is nice to find that the historical text and archeological finds point to the same episode.”According to Reich, the other end of the same street bears historical and archeological witness to the destruction of the Temple Mount and should be left as is, uncovered, as testament to Israel’s historical past.“I’m an old archeologist. To thrill me requires a lot, but this one – with the discovery of the cooking pots and the remains connected to the destruction of Jerusalem – this is moving.”
Advertisement
Subscribe for our daily newsletter