Bulgarians as a whole are very hospitable, but residents of the Rhodopes are particularly friendly to visitors, especially to travelers from overseas. 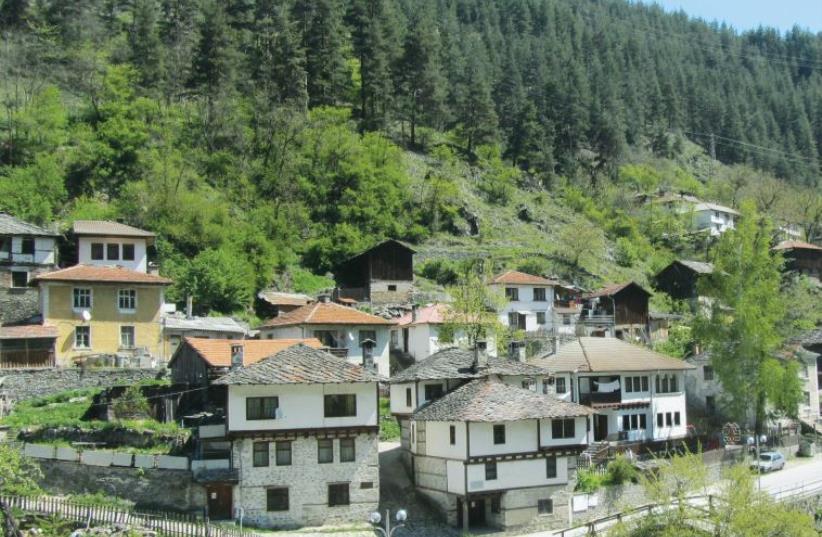 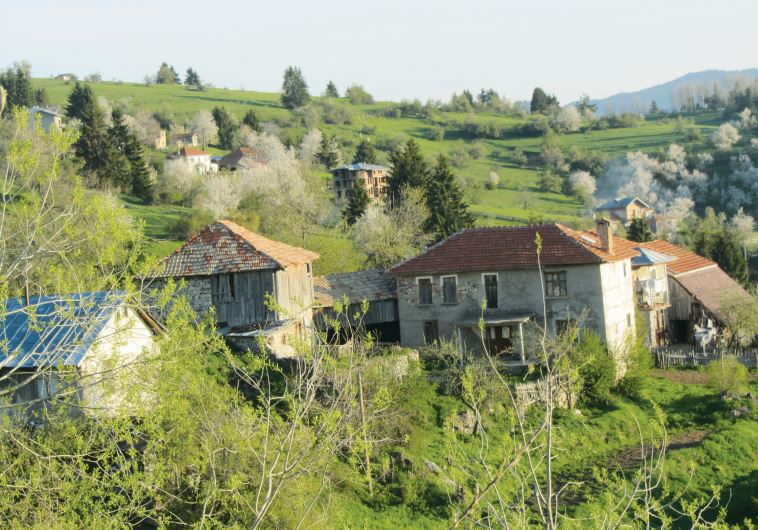 The village of GelaAnother annual event is held in March in Shiroka Laka. Men dress up as animals with colorful masks on their faces and bells ringing from their waists. These strange mummers are called kukeri; they dance through the streets in efforts to chase away bad thoughts and evil spirits.At all times of the year, the Rhodopes serve as a popular destination for visitors. One of the most striking natural features is Trigrad Gorge, a canyon of vertical marble rocks. The Trigrad River flows through the gorge until it plunges into one of deepest, most mysterious caves in Bulgaria.Devil’s Throat CaveI first learned about Devil’s Throat Cave from the novels of Bulgarian best-selling author Ludmila Filipova. This is the cave through which Orpheus reputedly made his way to rescue Eurydice from Hades, the ancient Greek god of the underworld.The river disappears in the deep caverns of the cave, never to emerge again into daylight. The cave gets its name from a profile of the devil, which is hard to notice even when pointed out.The cave is open every day from 10 a.m. to 4 p.m. and entrance is only with a guide, usually one who speaks English.The entranceway is well lit, cool and dry, but then one reaches the main hall, a cavern so huge that Sofia’s Alexander Nevsky Cathedral could easily fit inside, with room to spare. With the thunder of the underground river pounding in your ears, you reach a steep set of wet, concrete stairs leading to daylight high above. This is the halfway point – the fainthearted can go back to the cave’s main entrance. I venture upward, holding onto the handrail for dear life, as the steps are very slippery.Toward the top of the staircase slivers of daylight appear, at first in striking, vertical slits between the rocks. Rays of sunshine light up the sides of the cave until the final set of steps is reached. I emerge into a narrow canyon alongside the river on its way to the underground.Waiting for cave visitors in the shade are local residents selling homemade jams and honey.Trigrad villageThe final stop of our exploration of the Rhodopes is the village of Trigrad, a few kilometers up the road from the cave. The village’s main attractions are a gold-domed mosque and a church, situated next to each other. After democracy came to Bulgaria, Christian residents helped build the mosque and then their Muslim neighbors helped build the church. A strange attraction in Trigrad is the one-room Bear Museum, the smallest museum in all of Bulgaria.A brown bear from the Rhodope Mountains – and there are still some in the wild – would barely fit inside.After visits to the cave and the nearby village, there is time for one last meal featuring typical Rhodope cuisine.Tarator soup is a favorite summer treat; it’s made from yogurt, cucumbers and cloves of garlic. A companion drink is ayran, which is diluted yogurt mixed with water. Rhodope bean salad is served, along with generous portions of patatnik and a dish of boiled potatoes with eggs, cheese and mushroom.Our hostess is Izkra, a resident of Trigrad.Izkra doesn’t speak any English, but with my broken Bulgarian I am able to inform her that we are tourists from Israel. She asks if we are pensioners, and I laugh, writing down the year of my birth. It turns out that Izkra is one year younger than me, and our meal ends with Izkra showing us pictures of her grandchildren and my wife showing her pictures of ours.Izkra’s warm hospitality while we eat the tasty dishes served in her tavern makes for a fitting end to our visit to the wondrous Rhodope Mountains. The writer was a guest at Villa Gela, www.villagella.com