A hero of two armies: From the front lines of WWII to Israel's War of Independence

“I was really ‘born’ in Jerusalem,” Brodetzky insists. “My soul has always been intertwined there.” 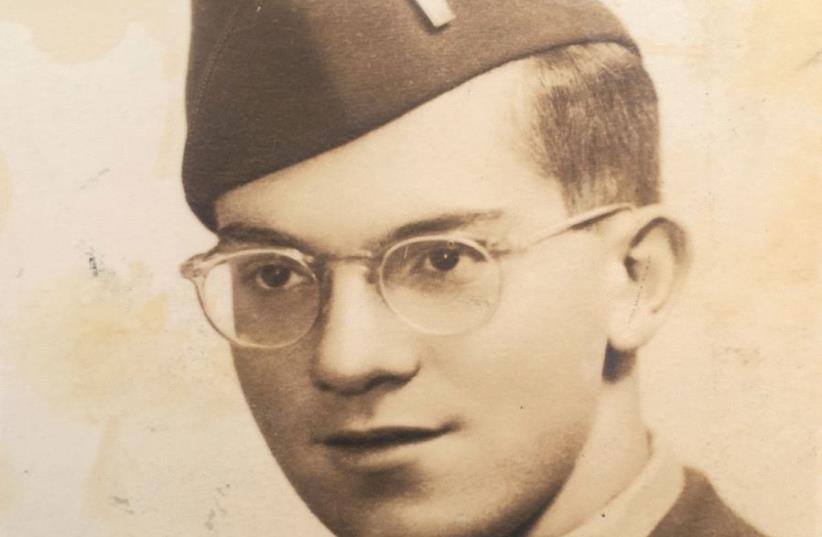 Lt. Moshe Brodetzky during his service in the US Army, 1944
(photo credit: BRODETZKY FAMILY)
Advertisement
Among millennials, the term “existential threat” is kicked around a lot, but in truth, none really feel it in their bones – certainly not in the way that those who lived through the founding of Israel can.For those who witnessed the labor pains of the Jewish state’s uneasy birth, it was not at all self-evident that the Zionist project would succeed. Indeed, on the eve of David Ben-Gurion’s declaration of independence, the Yishuv was already embroiled in a bloody war with local Arab gangs, and the following morning brought five invading Arab armies into the fray. Betting on Israel’s survival at the time was far from a safe wager.

The incredible story of how a fledgling Israel managed, against all odds, to foil a pan-Arab attempt to kill it in its infancy, is still recounted with a certain air of legend and even the miraculous among Israelis. But a remarkable part very often left out from the tale is the role played by hundreds of Jewish veterans of the Second World War who stepped up to defend Israel at the moment of truth.The story of Col. David “Mickey” Marcus is perhaps the most celebrated of these, as enshrined in the film Cast a Giant Shadow, starring Kirk Douglas. But alongside Marcus were scores of other Jewish American veterans who had barely dusted off their US Army uniforms from the front lines of Europe and the Pacific, before changing into the stitched-up khakis of the various Jewish undergrounds and later, the nascent Israel Defense Forces.Lt. Moshe Brodetzky of the US Army had fought as an infantryman in France before arriving in Mandate Palestine. He came with dreams of making the desert bloom and building a new nation with his own hands, but instead, found himself fighting yet another war – and far sooner than he had expected.Back in the European theater in the spring of 1945, shortly after the Battle of the Bulge, Brodetzky was serving as a platoon officer in the US 71st Infantry Division in eastern France. His unit was among many to race toward the Rhine River in the final months of the war, and was engaged in combat in the hill-country of the Alsace-Lorraine region. Caught in a German ambush on the foothills near the Rhine, Brodetzky managed to lead his men to safety under heavy fire, even taking a Wehrmacht platoon prisoner during the fighting.Unfortunately, Brodetzky was hit and seriously wounded by enemy fire. Miraculously, a single bullet penetrated his helmet, barely grazing his head, before coming out the opposite end of the helmet. He was awarded the Silver Star for his bravery and resourcefulness during battle, while recovering in a British hospital, and later served the final days of the war as a training officer for new recruits.When he landed on the shore of Jaffa in 1946, Brodetzky may have been, on paper, an immigrant fresh off the boat, but at heart, he was a true-born Sabra, returning to his native homeland. Both his parents had been active pioneers of the Second Aliya, and were expelled from the country by the Ottoman Turks during the First World War along with thousands of other Jews on suspicion of assisting the British. It thus came to pass that their first-born son, Moshe, was born in Michigan City instead of Eretz Yisrael.“I was really ‘born’ in Jerusalem,” Brodetzky insists. “My soul has always been intertwined there.” 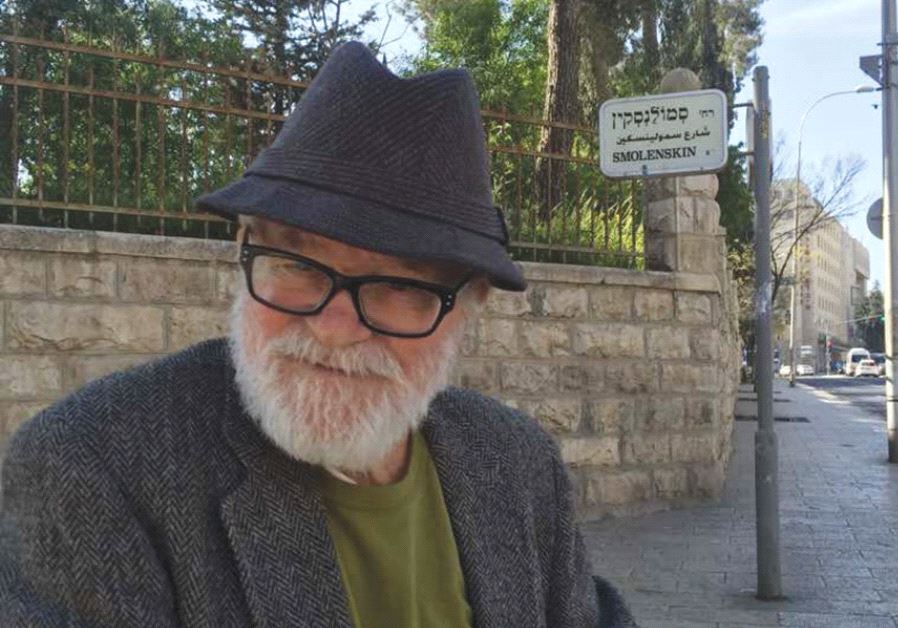 In a recent shot, a bearded Brodetzky takes a stroll in Jerusalem (credit: Brodetzky Family)
Even growing up in America, first in Michigan City and later in New York City, he was inextricably involved in the Zionist cause. As a student before the war, he formed his own branch of Ze’ev Jabotinsky’s Betar movement, alongside another dedicated American Jew, who would later become defense minister of Israel – Moshe Arens.Years later, coming to British Mandate Palestine as a recent veteran of the Second World War, Brodetzky chose to study agronomy at the Hebrew University of Jerusalem under the GI Bill scholarship. His lifelong dream of “becoming a halutz and tilling the soil of Eretz Israel with [his] own hands” brought him to the orange groves of Moshav Kfar Malal, in central Israel, where he worked under the supervision of none other than Shmuel Scheinerman, father of Ariel (Arik) Sharon.It was back at the Hebrew University that the breakout of the War of Independence caught Brodetzky. In the months before the approval of the UN partition plan in November 1947, he and three other American veterans studying on Mount Scopus had been recruited by Menachem Begin’s Irgun Zva’i Leumi underground group, also known as the Irgun; dozens of other American veteran students had opted for the Hagana. For weeks, Brodetzky trained to fire small arms in the secrecy of a Rehavia apartment, away from the eyes of the British colonial authorities.When local Arab gangs began their bloody guerrilla war against the Yishuv, and all underground groups mobilized to fend off the incessant raids on Jewish towns and settlements, Brodetzky was called to duty and helped train young Irgun warriors to maneuver in the field.When the full-scale Arab invasion of Israel began on the first day of its independence, and Egyptian forces were soon marching on Jerusalem from the South, Brodetzky had joined up with a company-sized force to help defend Kibbutz Ramat Rahel, already besieged by forces of the Jordanian Legion and nearby Arab irregulars.When the first shots were exchanged between the surrounding Arab task force and the defending Irgun warriors, Brodetzky was in a high position on the roof of the dining hall, overlooking the foothills of the kibbutz. A single smuggled machine gun had managed to take out an Egyptian armored car before finally jamming, but miraculously stopping the Egyptian advance in its tracks. This was followed by a massive concentrated shelling of the kibbutz from three directions, to “soften us and break us down before finally advancing on the kibbutz,” as he attests.Soon enough, over half of the defending Irgun force was wounded by shrapnel, some incapacitated and some killed. In this darkest of hours, Brodetzky recalls himself speaking to his downtrodden comrades, trying to embolden them with a rallying speech. “I told them that if we should die, then at least we ought to die fighting. ‘Tamut nafshi im plishtim’ [‘and Samson said,] Let me die with the Philistines’ [Judges 16:30].”The Irgun managed to hold off the attack for many nerve-racking hours, and was planning to make its last stand at the entrance of the kibbutz when a Palmah reinforcement joined them and helped turned the tide. The surrounding Arab forces were eventually repelled, saving not only Ramat Rahel but also Jerusalem itself.To this day, Brodetzky considers the events of that fateful day as nothing short of a miracle and a testament to the fortitude of the Jewish heart. 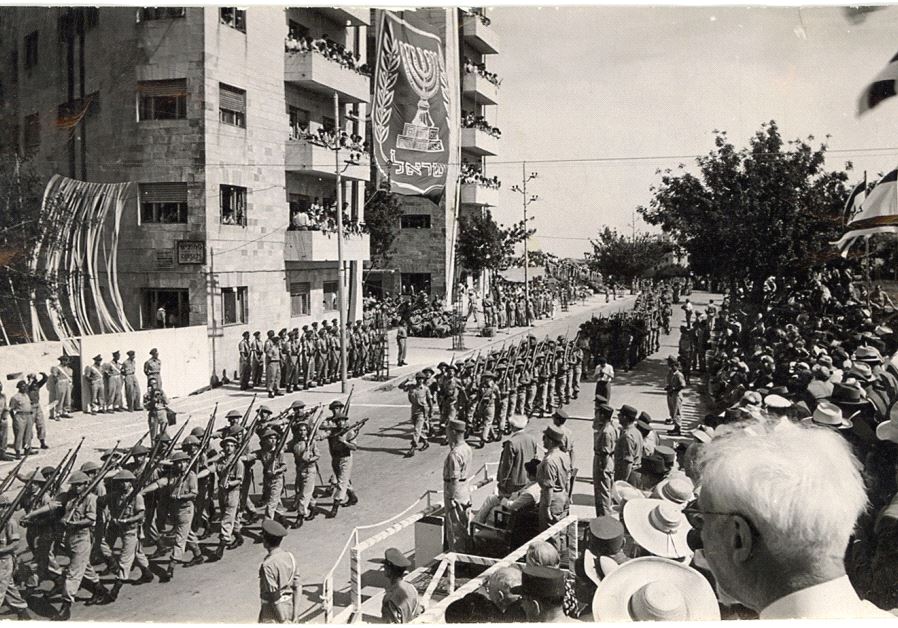 A military parade takes to the streets on Independence Day, 1950 (credit: The Jerusalem Post/Hirshbain)
Looking back on his own experience, within the broader context of Jewish history, what most concerns Brodetzky is the question of Israel’s unity as its ultimate source of strength.“The Jewish people have always been factious, even when their existence has hung by a thread,” he explains. “The Second Temple was destroyed because of internal bickering; even during the Warsaw Ghetto uprising the Jews were split into two political wings and couldn’t set their differences aside!“Only by uniting will we be able to survive. Our existence is not yet ensured; we have to be vigilant and loyal to each other,” emphasizes Brodetzky.Crossing paths with history at two of its most fateful junctions, the Nazi war machine and the Arab invasion of an infant Israel, we may well profit from the wisdom of this hero of two armies.