City Notes: Remembering the fallen and the living

This year on Remembrance Day, honor and aid our living veterans. 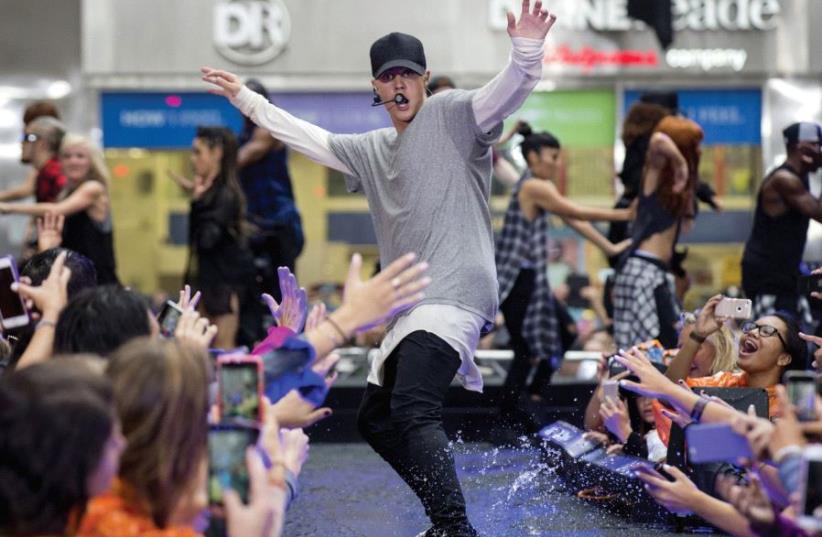 Israel is not exempt from Bieber-mania, and the popular teen sensation turned international superstar Justin Bieber is once again to storm the stage at Tel Aviv’s Hayarkon Park on May 3. The “Sorry” singer kicks off a summer lineup of concerts by some of the world’s top artists, including Britney Spears, Guns N’ Roses, Aerosmith, Pet Shop Boys and Rod Stewart. Tickets start at NIS 355 and are available at justinbieber.co.il/.Remember the fallen and the living at Resisim’s Remembrance Day event Resisim (“shards”) is an apolitical NGO that aims to spread awareness about trauma and recovery among IDF veterans and their friends and families. Its goal is to empower those who have endured combat experiences to move “from solitude and silence to a place where they feel safe and able to share those experiences and feelings, and to provide them with the tools to do so.”On Sunday, it will hold its annual Ceremony for the Fallen and the Living in honor of Remembrance Day. This Hebrew-language event will feature live testimonials by soldiers about their fallen comrades and their own difficulties within the army and at home, as well as art and other expressions by community members.The event is free but requires advanced registration and “sells out” every year. For registration: www.eventbrite.com/e/33520170733/.Sunday, April 30, 7:15 p.m. Beit Hansen, 14 Gedalyahu Alon Street, Jerusalem.Auditions for ‘The 25th Annual Putnam County Spelling Bee’ The Stage theater organization in Tel Aviv is putting on this full length musical to be staged in September. Casting will take place for a number of roles, and Stage welcomes all comers to its May 5 auditions.Prospective thespians should prepare 16 bars of music to sing and register online for their spots: www.thestagetlv.com/productions. Entries must be received by May 3.NORTH

Get down in the Galilee at Jacob’s Ladder Folkfest The Jacob’s Ladder Festival, founded in 1976, is held twice yearly in the spring and winter. This year it is setting up camp May 18-20 on the shores of Lake Kinneret.The festival will highlight a variety of musical genres, including bluegrass, world music, country, blues, and even Renaissance. There will be 36 live performances, music and dance workshops, a storytelling tent, yoga, tai chi, and activities for children such as crafts and character meet-ups. Some of the musical acts include The Abrams, Mika Sade, Forest, Ukuleles for Peace, The Bloomers, Libi & The Flashback, and Sofia Imas.Full festival tickets are NIS 495 for adults in advance or NIS 520 at the door, with discounts available for children, soldiers and national service members. Day passes and combination passes are also available.The festival website (www.jlfestival.com) has information about on-site accommodations and nearby bed-and-breakfasts, or you can camp out at the festival for free.Poetry and art combined in Haifa The Haifa Museum of Art is currently featuring a cluster of exhibitions titled “AnonymX: The End of the Privacy Era,” which comments on the “vanishing boundary between the public and private spheres, exhibitionism, narcissism and voyeurism.”Artwork ranging from photography and wax sculpture to painting comment on these themes and touch on “motifs such as the gaze and surveillance, raising challenging ethical questions about the source of the artwork, power and control.” Tours are held in Hebrew and Russian every Saturday.On Thursday, May 4, the museum will hold a poetry slam at 8 p.m. as part of the exhibition. For more information, see: www.hma.org.il/eng/Special_Events/4248/Poetry_Slam/.SOUTH Big names for 69 Years of independenceLots of big-time musical acts are performing across the South (and the nation!) to celebrate the State of Israel’s 69th birthday on May 1. Most shows will begin around 8 p.m., although Independence Day schedules are always hectic, as musicians rush from one city to the next. The following are some of the biggest happenings in the South: Gan Yavne. The city will host a community barbecue as well as two main performance stages. At the larger stage, The Revivo Project will bring Israeli classic hits to life. Additionally, Maor Edri, Adi Bity and others will rock the crowds.Ashkelon. Lior Narkis will perform on the Ashkelon boardwalk, in a concert that is free and open to all. Meanwhile, popular singer Amir Benayoun will play at the Waldenberg Community Center.
Advertisement
Subscribe for our daily newsletter