Grapevine: An admor and more 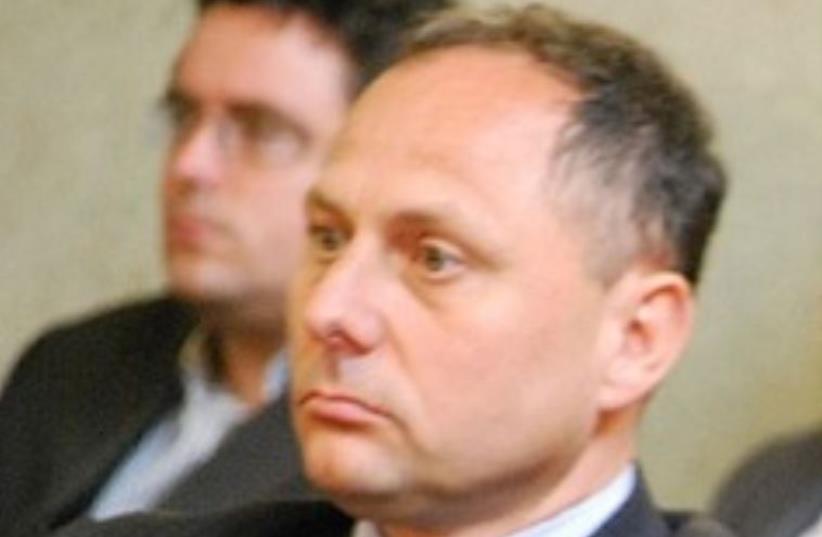 Andor Nagy
(photo credit: Wikimedia Commons)
Advertisement
■ WHILE IT is natural for heads of foreign diplomatic missions who are Jewish to cultivate their relationships with well-known haredi rabbis, invitees to diplomatic events hosted by non-Jewish ambassadors, especially those from the former Soviet bloc countries, almost always include representatives of the haredi community who have some kind of connection with the home countries of the ambassadors.Similarly, when a president or a prime minister from one of these countries comes to Israel, the dignitary’s entourage often includes the chief rabbi of that country.Thus it was not unusual for Hungarian Ambassador Andor Nagy to pay a visit to Rabbi Shalom Berger, the admor of Mishkolc, in Petah Tikva. The meeting took place in the Mishkolc religious center, where Nagy delivered an invitation from Hungarian President Janos Ader to come on an official visit to Hungary and to address the Hungarian parliament. The invitation came in recognition of Berger’s role in strengthening Jewish identity and observance in Hungary.Berger was born in Mishkolc in northeastern Hungary, where his father and several of his ancestors had served as admor, or city rabbi. Berger, in his address to parliament and in his meetings with Hungarian officials, will stress the need to maintain the Mishkolc Great Synagogue, where his father was the spiritual leader, as well as the old Jewish cemetery of Mishkolc, where many great Jewish scholars are buried.Berger made headlines in the Hebrew media last year when he said that there was no need for Israel to attack Iran because the Almighty would destroy then president of Iran Mahmoud Ahmadinejad. Berger is among those haredi rabbis who are keen to improve relations between the Israel Defense Forces and the haredi world. Three years ago, he visited the IDF headquarters in Tel Aviv and gave a lesson in Talmud to religiously observant soldiers serving at the base. He also encouraged more haredim to join the IDF and help protect Israel’s sovereignty over the land.■ WHAT STARTED out as a haredi boycott against the Big Shopping Center in Ashdod for violation of Shabbat has spread to include sanctions on investments in Big and in the Migdal insurance company, which is Big’s insurer, as well as a largescale protest demonstration. It all started when a well-known haredi philanthropist and entrepreneur who felt uneasy about his investment in Big asked Rabbi Moshe Sternbach of the Eda Haredit whether he should sell his shares because the Big Shopping Center does business on Shabbat.According to a report on the haredi Internet site Kikar Shabbat, Sternbach initially called on the haredi community to boycott Big, and then urged haredim who had policies with Migdal to cancel them or transfer them elsewhere. As the boycott snowballed, it was decided not to use terminology such as “boycott” and “sanctions” but to call it a “defense of the sanctity of Shabbat.” The report stated that Badatz rabbis are also meeting with haredi insurance companies to enlist their cooperation.■ AMONG THE recipients of Technion Fellowships this week was Canadian QC Harry Bloomfield, whose family has been involved with Israel since before the establishment of the state. His maternal great-grandmother was a delegate to the Second Zionist Congress in Basel. His mother, Neri, who died earlier this year, was the youngest national president of Canadian Hadassah-WIZO and first female president of the Canadian Zionist Federation and the Jewish National Fund of Canada. She was a member of the International Boards of Governors of the Hebrew University Jerusalem and the Haifa Technion. The Neri Bloomfield School of Design and Education, located in Haifa, is named for her.Other Bloomfield family projects in Israel include Bloomfield Stadium, named for Harry’s father Bernard and uncle Louis; the Bloomfield Science Museum and the Bloomfield Gardens, both in Jerusalem; the Amal educational network, which includes 128 educational institutions in Israel; Israel’s National Library; the Jerusalem Foundation; the Tel Aviv Foundation; the Gateway to the Negev Building in conjunction with KKL/JNF; plus donations to numerous local organizations and institutions.On his father’s side, Bloomfield is a fifth-generation Canadian who has passed the love of Israel on to the sixth generation of Canadian-born Bloomfields. Bloomfield was the only Canadian among the eight honorary fellows who were conferred with Technion Honorary Fellowships last Sunday. The others were human rights activist Dr. Qanta Ahmed of the UK and the US; Robert Hanisee, Sonia Marschak and Allen Prince, all from the US and passionately committed to the Techion and generous donors to its development; Rebecca Boukris of France and Israel, who heads the Adelis Foundation, which supports science, education, welfare and security; and Israelis Avi Kerbs, who was one of the founders of AMIT, the Technion hub for biomedical innovation, and Dr. Amit Goffer, a Technion graduate whose ReWalk invention enables paraplegics to stand upright, walk and climb stairs. This has a dramatic impact on their health and quality of life.Goffer delivered the response on behalf of the recipients, which was appropriate, given that the United Nations Annual Commission for the Rights of People with Disabilities took place the week before.