With some 200 businesses adjacent to the Red Line’s construction path, owners are bracing for considerable economic loss due to an onslaught of rerouting. 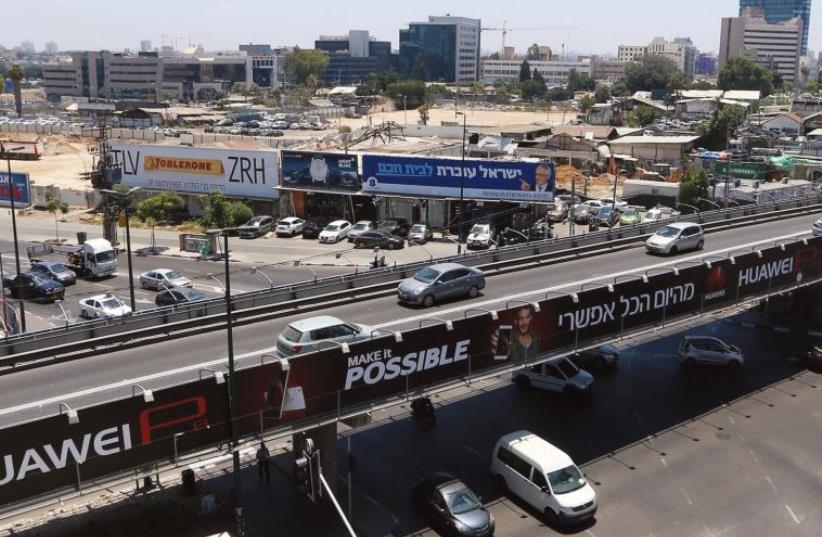 Ma’ariv Bridge
(photo credit: MARC ISRAEL SELLEM/THE JERUSALEM POST)
Advertisement
Light Rail project is set to roll into its first pivotal phase of work in early August with the construction of the central Red Line, residents and business owners in the bustling city are stricken with uncertainty and anxiety over plans for the massive undertaking.After years of delays in planning and preparation, Tel Aviv is finally on track to build the stations for what is dubbed a “revolution” in Israel’s public transportation.The Tel Aviv region will follow Jerusalem in housing Israel’s second rapid-transit, state-of-the-art light rail system.The 24-kilometer-long Red Line is slated to become operational in 2021 and will consist of 34 stops, with 24 ground-level stations and 10 underground stations. It will run from Petah Tikva through Bnei Barak, Ramat Gan, Tel Aviv, Jaffa and Holon to Bat Yam.The Red Line is seen as the backbone of the mass transit framework planned to consist of eight lines in total, aimed at connecting the Gush Dan region through a network of five light rail routes and three lines of bus-based mass transit systems (Bus Rapid Transit, BRT). The projected transit grid is also designed to integrate with existing public transportation infrastructure.The Red Line is forecast to travel between stops at a frequency of three to six minutes, speedily transporting an estimated 70 million passengers annually.The Tel Aviv Light Rail – with current budget estimates upward of NIS 14 billion – is said to be Israel’s largest-ever infrastructure venture. In central Tel Aviv, there are five underground stations planned, with locations long the thoroughfares on Arlosoroff Street, Shaul Hamelech Street, Yehudit Boulevard, Carlebach Street and Allenby Street.Signs advertising the launch of the project, managed by the government firm Metropolitan Mass Transit System Ltd. (NTA) in conjunction with the Transportation Ministry and Tel Aviv-Jaffa Municipality, dot the city’s roadways and walkways bearing the Hebrew slogan “Difficult now, easy (light) afterward.”Despite the awaited benefits of this vast transportation conduit, residents and small-to-medium businesses in the vicinity of construction sites are anticipating the project’s immediate onset with marked frustration and a mixture of concern, annoyance and even outrage at the impediments and congestion expected to result from initial work on the Red Line.Although the Tel Aviv area constantly deals with omnipresent construction work, with some 200 businesses adjacent to the Red Line’s construction path, owners are bracing for considerable economic loss due to an onslaught of rerouting and impeded entrance to various commercial and residential areas.While various residents acknowledge that the end result will exponentially benefit the Gush Dan region by making it increasingly accessible and cutting travel times, others are dubious of the long-term efforts and have trouble envisioning the forthcoming perks of the Tel Aviv Light Rail. 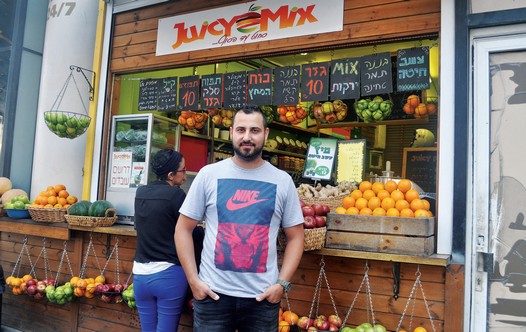 Moshe Mizrahi, who owns the small, colorful Juicy Mix stand at the site of the future Carlebach station, says he does not know how his employees, let alone customers, will be able to reach his enterprise with widespread road closures slated in the area.“I don’t know how I will arrive [to work] or even if I do get here, where I will park,” he tells Metro.Mizrahi’s juice bar is situated in the environs of the work site at Ma’ariv Junction, which will see a cordoned-off entrance to the intersection from adjoining streets, including Yitzhak Sadeh, Carlebach, Begin and Lincoln. Excavators are prepared to demolish the traffic-laden exchange’s iconic Ma’ariv Bridge, named after the former site of The Jerusalem Post’s Hebrew sister publication. Traffic will also be reversed on two contiguous streets – Hata’asiya and Hamelacha.“Cars won’t be able to get here, there won’t be transportation or public transportation; even pedestrians won’t be here,” Mizrahi predicts.While he has ruled out closing shop or relocating his walk-up refreshment stand for the meantime, Mizrahi says that he, like many of his fellow business owners in the vicinity, is waiting to decide what action, if any, to take until after construction of the light rail commences.“I don’t have anywhere to go. Where would I go, what would I do? It’s a big imposition on us,” he laments. “We don’t know what is going to happen. Only after it starts will we know what to do. Right now, there’s nothing to do. It might not be as bothersome or harmful as people are saying. Only time will tell.”Without knowing exactly what to expect, Mizrahi reflects on the similar air of chagrin in Jerusalem before the city’s light rail system was constructed.“I understand that in Jerusalem [the light rail] really caused harm to everyone. People there stayed down and out and weren’t able to get back up again,” he recalls.However, he adds that while the Jerusalem light rail was built on a more concentrated path, the extensive nature of the Gush Dan network will affect a larger populace. 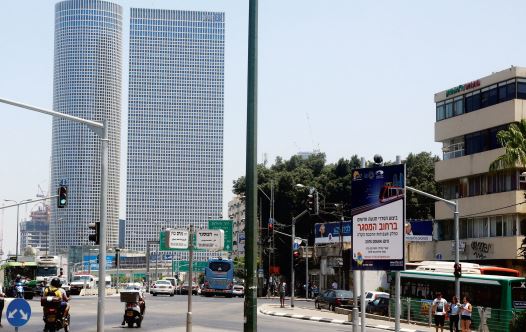 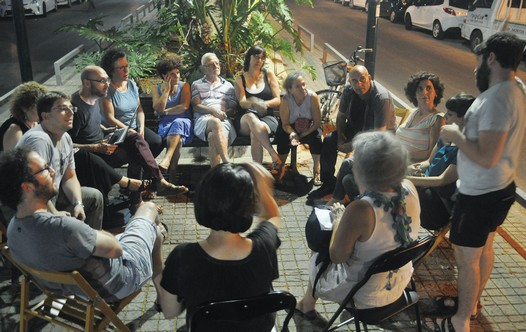 On July 15, more than a dozen residents gathered for a neighborhood meeting and discussed ways to cooperate in approaching the municipality and NTA to find solutions to their problems related to construction.One of the convening organizers, Guy Oren, says he has seen about 30 or 40 new buildings erected in the southeastern neighborhood in the four or five years that he has lived there. With access points already limited on Ben-Avigdor Street and more set to come, the residents are perturbed by the notion of seclusion.“I’ve heard that a lot of businesses near the construction are moving to Ramat Gan,” says Oren.Other residents and business managers at the meeting confirmed that they were unsure whether to terminate rental contracts and move shop. With all the people and infrastructure to manage and no official neighborhood representative, Oren and his colleagues are seeking answers that remain unclear as to how they can continue to live comfortably amid all the changes.In light of questions and concerns, NTA suggests turning to their website, which provides updates on railway routes, current works under way, as well as pictures and simulations. The firm also operates an informational hotline where representatives can be reached by calling *4575.Meanwhile, the Tel Aviv-Jaffa Municipality vows that it is doing everything in its power to assist with the light rail’s implementation. For example, the city proclaims that it is working on establishing sales events to help business owners operating in close proximity to work sites.“All the municipalities in the Gush Dan region [Tel Aviv-Jaffa, Bat Yam, Bnei Brak, Petah Tikva and Ramat Gan] believe that it is important to look for ways to help businesses that will be directly affected by work on the light rail,” the municipality tells Metro. “When a serious government discussion is convened on the matter, the municipalities will act as permanent partners in finding urban solutions.”