The cat, the Rav-Kav and Jewish values

"Fifteen seconds later, she was bounding across the rooftops like Schwarzenegger in his pre-political prime." 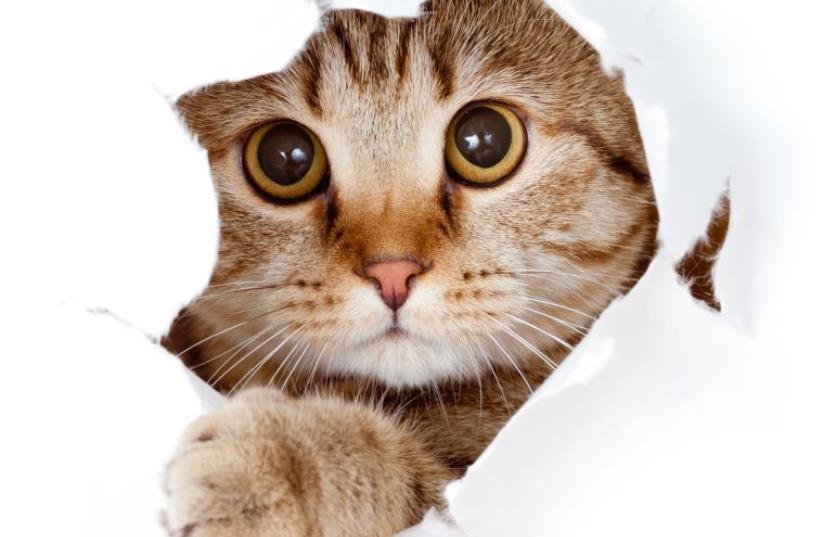 A Cat
(photo credit: INGIMAGE)
Advertisement
Cat’s back.In my last column, I recounted that my wife and I had moved from an adequate if reprehensible Brutalist flat to a house that my wife described as “funky.” The cat, who saw things differently, ran away.This was not entirely unexpected. Cats are territorial creatures and STC, a.k.a. Samantha The Cat, despite our constant devotions and submissions ever since the day she’d announced she was moving in, was still very much an outdoor creature.
Read More...
The long-range plan of the moment was to keep her inside for a week, to let her adjust. This raised the issue of cat litter, which she’d never used before. We decided to establish her new facility on the high back patio. After a night of energetic indoor mewling to express her existential dissatisfaction and diffuse malaise, the following morning we let her out and pointed toward the cat box.Fifteen seconds later, she was bounding across the rooftops like Schwarzenegger in his pre-political prime.We searched about. We called her name. People stared. We even went back to the old digs, just in case.Two desolate weeks later, Erin was out on her bicycle when my cell rang with unusual urgency.“Guess who I’ve found!” “I’m on my way.”I walked the bicycle home. Erin carried the sadly emaciated, sadly gashed in the fur, sadly non-contrite little beast. By the scruff. Firmly. People stared.A few days of rest, reassurance and Friskies later, STC was back to her old bossy self, having decided that, whatever the indignities and limitations, a house with live-in staff still beats hard-scrabbling out there on the economy.She is, to borrow from Charles de Gaulle, a member of an elite species, sure of herself and domineering.The cat now restored to her rightful imperious estate, I was able to return my attention to an item that has intrigued me for several months: trying to understand the reasoning of the 72 Talmudic Sages who invented the Rav-Kav electronic ticketing card for public transportation.Now, I’ve never much cared for the Rav-Kav. I understand the security aspect, how pictures and computer data make it easier to track and apprehend honest criminals and terrorists. But I’ve always preferred the old Metro card from Washington, DC. Paper, disposable, you bought it from a machine – a polite machine, not like the Israeli models that growl and grump at you. The DC card printed out how much money you’d put on it and how much was left after each trip. When it hit zero or something similar, you threw it away.Parenthetically, once you entered the subway, another machine could give you, for the mere press of a button, a bus transfer. Being a voracious reader, I once read the transfer. It said, among other things, “This transfer is nontransferable.”The first year or two, I rarely used my Rav-Kav. Then the Egged-heads decreed that to get a Karmiel day pass, you had to use it. I kept no money on the card, just gave the driver my shekels, waited until the fare box blinked “Go, my son,” then pocketed the pointless paper receipt and moved dutifully to the rear, or someplace similar.Then my Rav-Kav died. After thought, I decided to replace it. I made three trips to the Karmiel Central Bus Station office, to be told each time, “We’re not doing them here.” Fourth trip, a new man behind the desk said, “Go around the corner. They do them there.”Indeed, they did. I acquired one. I got on the bus, inserted the card, and handed the driver the appropriate shekelage. I was informed, rather energetically, that the card was not officially activated until I put some money on it at a designated station or machine.Not knowing any machines, and not wishing to negotiate with any, I returned to the bus station office.After much discussion in several languages, an official explained that, since I was a senior citizen, I could put on NIS 50 and get 50 more as a gift of Egged. A Jewish value, one imagines.So I came across with my 50.Then I discovered that I couldn’t use the money for anything. Egged boasts that you can run “up to six” programs on your Rav-Kav. No doubt you can.But I’ve concluded that the Rav-Kav operates on something akin to the principles of kashrut. Some money doesn’t mix with others, and after taking one kind of trip, you must wait at least six hours to take another.So now, whenever I board, I shove the card into the slot, hand the driver excessive cash, then wait while he programs the card with wherever he wants me to go. I accept, and never mention the money already laid on. I’ve come to consider it my NIS 50 gift to Egged. Jewish values and all that.I think I’ll get a car.The writer really wants to move again.