There were three significant signals from the Arab world over the weekend, and they were all negative. 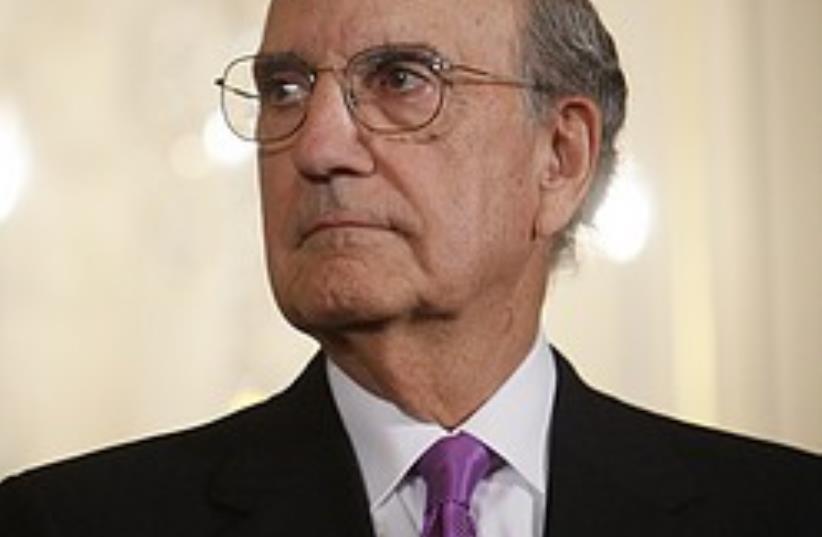 Call it the three noes of the summer of '09.

Following intensive efforts by US Mideast envoy George Mitchell to relaunch a diplomatic process in the region that would lead to a comprehensive peace process, the Arab world over the weekend - in three seemingly disconnected events - seemed to give its response, and it sounded like echoes of the famous three noes from Khartoum following the Six Day War.

Back in the summer of 1967, the Arab states - after the war - gathered in the Sudanese capital and said no to peace with Israel, no to recognition of Israel, and no to negotiations with Israel.

Well, we're obviously beyond that, but still, there were three significant signals from the Arab world over the weekend, and they were all negative.

On Friday, in a speech marking Syria's Army Day, President Bashar Assad said there would be no compromise on the Golan Heights, and that the return of the region was "non-negotiable."

"The return of all occupied land... is nonnegotiable," he said in a speech. "The Syrian Arab Golan will remain Arab... and will return to the nation."

That's the first no, and not a real surprise, actually. Syria has for years been consistent in saying that it would start negotiations with Israel once Israel committed to a total withdrawal from the Golan Heights, leading to the very simple question: If Israel agrees to withdraw before the negotiations, what exactly will the negotiations be about?

The second no, or - actually - the second possible no, came in the form of Arab press reports over the weekend that Fatah, at its upcoming convention in Bethlehem, will reject Prime Minister Binyamin Netanyahu's call for a Palestinian recognition of Israel as a Jewish state.

If that's the case, that will indeed be a significant setback to attempts to relaunch the diplomatic process, because this government will have trouble pushing forward a peace process if the Israeli public is not convinced that any future deal will ultimately result in an end to the conflict, and an end to Arab claims against it.

The third no delivered this weekend, however, had to be the most disappointing for the Obama administration, because it signaled that the administration's intensive work over the last few months had essentially gotten nowhere.

Saudi Arabian Foreign Minister Prince Saud al-Faisal stood in the treaty room at the State Department in Washington on Friday, next to US Secretary of State Hillary Clinton, and pretty much said Israel could forget about getting any gestures, or confidence-building measures, from Saudi Arabia.

"Incrementalism and a step-by-step approach has not and - we believe - will not achieve peace," he said. "Temporary security, confidence-building measures will also not bring peace.

"Today Israel is trying to distract by shifting attention from the core issue - an end to the occupation that began in '67 and the establishment of a Palestinian state - to incidental issues such as academic conferences and civil aviation matters," he said. "This is not the way to peace."

Sounding like the Syrians, Saud essentially said first withdraw completely from the West Bank, east Jerusalem and the Golan Heights, and then we'll talk.

He blatantly rejected the Obama administration's game plan, which was that the Arab world, led by Saudi Arabia, needed to show Israelis something - some weak gesture like letting their planes fly over Saudi airspace on the way to Thailand, or holding academic meetings - and then Israel might be in a more giving mood and be willing to make concessions it was reluctant to make in the past.

The Obama administration game plan has been based on asking something from everybody. It has asked, most vocally and publicly, for Israeli concession on the settlements, and for allowing greater movement and access for Palestinians in the West Bank. It has asked the Palestinians to improve the security situation and stop incitement. And it has asked the Arab world to take steps to build Israeli confidence.

Mitchell's talks with the Israel and the Palestinians about what they are supposed to give are continuing, but the Saudi foreign minister seemed to close the door on any Saudi gestures. And that has to be a huge disappointment for the Obama administration, though Clinton tried to put a positive spin on it, saying - somewhat incomprehensibly - that what the Saudi foreign minister said in perfectly clear English was not a setback to the administration's plans.

Sources in Jerusalem were less diplomatic.

"For many years most of the Arab world was not involved directly in the peace process. It was like a soccer game, and they chose not to be a player, but rather to sit in the stands and boo or cheer," one senior government source said.

"If they decide to continue with that pattern of behavior they will continue to be largely irrelevant," the source said. "They can continue booing and cheering, but their ability to influence the peace process will be marginal."

And then, sounding a warning that Israel was indeed watching carefully to see what gesture the Arab world would make, the official added, "It is clear that Israel's ability to move forward in the peace process will be more limited if the Arab world takes a decision to remain aloof."

Six months after US President Barack Obama took over and began seriously recalibrating the country's Middle East policy, and a week after he sent his A-Team here for intensive discussions, this is what he has to show for it: an Israeli public that, as recent polls indicate, doesn't trust him; and an Arab world that remains unwilling, despite all his coddling, to make any practical move or gesture toward Israel - not promises of normalization at the end of the process, but practical steps that would give Israelis any confidence in any of those promises.