Lahad headed the pro-Israel militia, the South Lebanon Army, from 1984 until the Israeli withdrawal from its security zone in south Lebanon in May 2000. 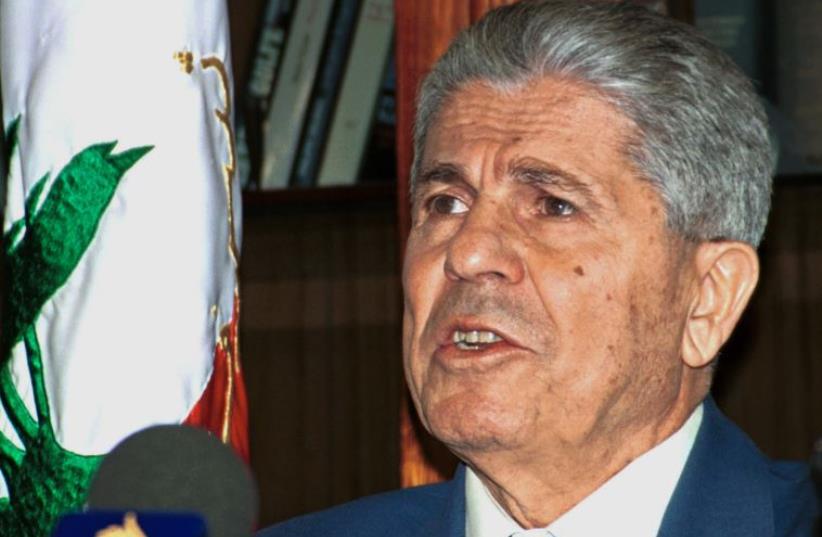 Antoine Lahad, head of the pro-Israeli-run militia speaks during a press conference in his office in Marjayoun
(photo credit: REUTERS)
Advertisement
Antoine Lahad, the former commander of the now-defunct South Lebanon Army, died in Paris this week. He was 88.Lahad headed the pro-Israel militia from 1984 until the Israeli withdrawal from its security zone in south Lebanon in May 2000. He took over command of the SLA, succeeding its founder, General Saad Hadad.Hadad founded the fighting force with the aid and support of Israel shortly after the IDF's invasion of Lebanon, also known as Operation Peace for Galilee."Antoine was a proud Lebanese national, loyal to his homeland, Lebanon, and his heart was filled with love for it and its unique character, a love that moved him to take upon himself the enormous responsibility over the border area in south Lebanon," his former SLA comrades said in a statement."He had two main goals - providing security to the people of south Lebanon and pushing for peace between Lebanon and the State of Israel.""He was a moral man gifted with courage and rare leadership abilities," the SLA veterans said. "We will never forget you, dear commander."Lahad, a Maronite Christian, left Lebanon with thousands of others following Israel's withdrawal from the country in 2000.He resettled in Tel Aviv, where he opened up a restaurant. A short time later, however, he departed for Paris. Lahad was tried in absentia by Lebanese authorities and sentenced to life in prison."General Lahad was a Lebanese patriot," said former GOC Northern Command Maj. Gen. (res.) Yossi Peled. "The State of Israel owes him a tremendous moral debt due to his years-long contribution to the security of the residents of south Lebanon and northern Israel.""I got to know him personally during the course of my career," Peled said. "He was a leader, a commander, and a person. In light of the instability in the Middle East, it is important that we remember those among our neighbors who worked to bring stability, security, and the realization of joint interests.""May his memory be a blessing," he said.