Jordan water experts fear joint water project with Israel may be doomed by politics (cctv via reuters)
Advertisement
Jordan will forge ahead with the Red Sea-Dead Sea Water Conveyance Project despite Israel's threat to drop it as it is just a propaganda tool to pressure the country to accept the return of its diplomats, according to local experts.In July, two Jordanians were killed in a shooting at the Israeli embassy complex in the Jordanian capital of Amman, with one embassy staff member being injured, sparking anti-Israel protest.The incident came at a time of mounting tensions between Israel and the Muslim world over metal detectors it installed around the al-Aqsa Mosque compound in Jerusalem.Israel was forced to close its embassy in Jordan and withdraw all of its staff members. Now, the Israeli government says they hope Jordan can accept the return of its diplomats and the reopening of the embassy, otherwise, they will withdraw from the Red Sea–Dead Sea Water Conveyance Project.The Jordanian government said earlier in November that they will push forward with the project with or without Israel.Dr. Walid Khalid Abu-Dalbouh, director of the International Relations and Regional Studies Department at the University of Jordan, believes the county should not allow itself to be dependent on Israeli water."Now, they are trying to establish a gas deal with Jordan. The fear here is that we are becoming very much, very dependent on the Israeli's export of gas. And now we are becoming, I hope not, we are also becoming heavily dependent on the Israeli water," he said .Dalbouh believes the threat is just Israel's way to pressure Jordan to accept the return of its diplomats."They threaten that they can make the Jordanian people thirsty, but I think this is just only propaganda and maybe trying to influence public opinion somehow to push them to accept the return of their ambassador and so on," he said.Elias Salameh, a professor of hydro-geology and hydro-chemistry at the University of Jordan, believes that despite Israel's threat, Jordan will go ahead with the project because it is in need water.Statistics show that Jordan's water supply is far from meeting its demand. 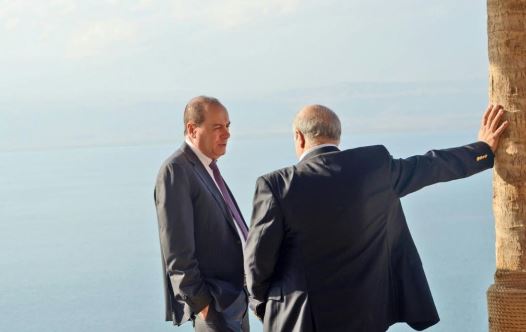 "So any other country saying we will stop that project, I don't think that Jordan can afford stopping that project. It will go ahead with it, even if we borrow the money for the whole project, because we are in need of the water. In the next five or six years, all of us will be suffering again of water shortage," he said.The project was signed in 2013 by Palestine, Israel and Jordan in response to the declining water level of the Dead Sea. It plans to introduce water from the Red Sea to the Dead Sea, which will help Jordan's water shortage problem.