Hezbollah must not interfere in maritime border talks with Israel - editorial

Lebanon has slid downhill since the Beirut Port explosion. It now has a chance to take some baby steps toward turning things around.

A woman sits near a poster of Lebanon's Hezbollah leader Sayyed Hassan Nasrallah, during an event marking Resistance and Liberation Day, in Khiam, near the border with Israel
(photo credit: REUTERS/AZIZ TAHER)
Advertisement

On Thursday, Lebanon will mark the second anniversary of the explosion in Beirut Port that killed 215 people.

More than anything, that incident exposed all that ails Israel’s northern neighbor: corruption, bad governance and Hezbollah’s malign influence on the country.

Some local reports maintained that the blast took place at a Hezbollah arms warehouse. Since the explosion, one of the biggest-ever non-nuclear blasts, Hezbollah has worked hard to block a proper independent investigation.

The country, which was not exactly a paradigm of functionality before that blast, has slid downhill ever since. It now has a chance to take some baby steps toward turning things around.

US mediation of maritime conflict

US energy envoy Amos Hochstein is currently in Beirut in yet another effort to mediate the long-simmering maritime border dispute between Israel and Lebanon, a dispute that is preventing Lebanon from drilling in the Qana gas field off the Israel-Lebanon coast.

It’s a complicated issue, but here is a simple outline: Israel and Lebanon have competing claims as to where the maritime border between the countries lies: Israel’s line is hundreds of kilometers north of where Lebanon originally set its line – constituting a disputed territory of some 860 sq.km., an area rich in natural-gas deposits.

In 2012, US mediator Frederic Hof pretty much split the difference, giving Lebanon 55% of the disputed territory and Israel the remaining 45%. The majority of the undeveloped Qana field would fall on the Lebanese side of what became known as the Hof Line, while the Karish field would be fully inside Israel’s territorial waters.

Eight years later, however, the Lebanese changed their mind and redrew their line even further south than their original position, encompassing – wouldn’t you know it – the entire Karish field.

Hochstein’s unenviable job is now to come up with a compromise that both countries can live with. One possibility is that Israel would retain the entire Karish field, but it would concede its claim to the southern part of the Qana field, which Lebanon could then fully exploit. This is a considerable concession, since the part of Qana inside the territory Israel claims would yield billions of dollars’ worth of gas.

Hochstein met with Lebanese President Michel Aoun, Prime Minister Azmi Mikati and Parliament Speaker Nabih Berri on Monday. If they truly had the interests of their country with its rapidly failing economy at heart, they would jump at the chance to reach a compromise.

Going for everything, ending up with nothing

Past Mideast history, however, does not lead one to great optimism. When faced with the choice of getting everything they want or some of what they want, various actors in the region have often opted to go for everything, ending up with nothing (the Palestinian nationalist movement comes foremost to mind).

The Lebanese are now in a similar dilemma. Do they insist on maximalist positions, which Israel will not agree to, or do they agree on a compromise that will benefit both countries?

Israel, for its part, would also be wise to accept a compromise, even one that would entail relinquishing part of Qana. This would be a case of long-term strategic gain trumping short-term profit.

The short-term profit loss would be an Israeli willingness to concede part of a lucrative gas field. In the process, however, Hezbollah would be stripped of an issue it is trying to use to boost its sagging popularity inside Lebanon. A weakened Hezbollah inside Lebanon is a long-term strategic gain for Israel. 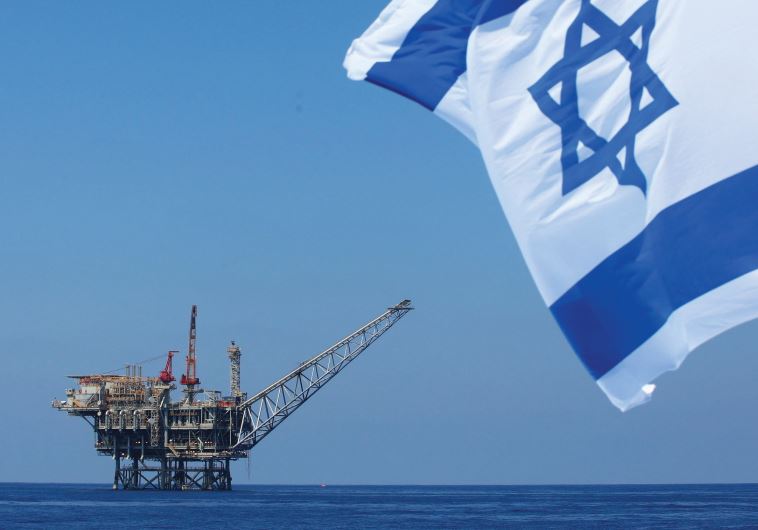 Hezbollah’s recent bellicose remarks surrounding its willingness to go to war to prevent Israel from drilling in Karsih, as well as the threatening video it released Monday, showing missiles ready to fire on the site, is an effort to portray itself to the Lebanese public as the actor defending Lebanon’s national pride and interests.

Nothing could be further from the truth. If it were up to Hezbollah, the Lebanese officials in their talks with Hochstein would insist on the maximalist position, even at the expense of keeping Lebanon in a dire electricity crisis and without a source of vital income.

We fervently hope that this is not up to Hezbollah and that Beirut uses Hochstein’s good offices to seal a deal that is of critical importance to Lebanon, as well as being good for Israel.