The EU-Israel Association Council had met annually since its inception in 2000, but meetings were suspended after 2012 amid Netanyahu's leadership.

By TOVAH LAZAROFF
View of the desert near Ma'ale Adumim, in the West Bank, January 26, 2021.
(photo credit: YANIV NADAV/FLASH90)
Advertisement

The European Union called on Israel to halt West Bank settlements and to preserve the status quo on the Temple Mount after it held the first EU-Israel Association Council meeting in a decade designed to improve ties.

"The EU calls on Israel to halt continued settlement expansion, which has reached record highs in the past years, evictions, demolitions and forced transfers," the EU stated.

It specifically asked Israel not to move forward with construction in the unbuilt E1 neighborhood of the Ma'aleh Adumim settlement and to refrain from evicting Palestinians from illegal herding villages in the Masafer Yatta region of the South Hebron Hills.

With respect to the Temple Mount, known to Muslims as al-Haram al-Sharif, the EU voiced its support for the status quo arrangement in which members of all faiths can visit the site, but only Muslims can pray there. 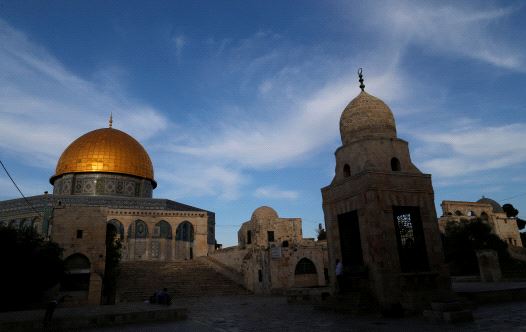 The Dome of the Rock is seen during sunset on the compound known to Muslims as al-Haram al-Sharif and to Jews as Temple Mount in Jerusalem's Old City (credit: REUTERS/AMMAR AWAD)

"The EU recalls … makes a strong call for upholding the status quo put in place in 1967 for the Temple Mount/Haram al-Sharif" and underscores "the necessity to respect the status quo also for the Christian holy sites, which are under increasing pressure," it stated.

The meeting had been lauded by both the EU and Israel, as an important milestone in advancing ties, between two strong trading partners.

The council had met annually since its inception in 2000, but ties were strained under former prime minister Benjamin Netanyahu's leadership and the meetings were suspended after 2012.

The resumption of the annual gathering is seen as a diplomatic coup for Prime Minister Yair Lapid who entered office only in July. He addressed the council in Brussels virtually from Jerusalem, leaving it to the Intelligence Minister Elazar Stern to represent Israel in person.

Despite the many laudatory comments regarding the council, the EU used it as a platform to also lay out its position on the Israeli-Palestinian conflict.

In the document, it reaffirmed its commitment to a two-state resolution based on the pre-1967 lines, with east Jerusalem as the future capital of a Palestinian state. It also confirmed its support of the 2016 UN Security Council Resolution 2334, which condemned Israeli settlement activity and called for its withdrawal to the pre-1967 lines.

But not everything in the statement was negative, in particular, it condemned Hamas’ indiscriminate rocket firing against Israel and said it was committed to Israel’s security.

“The EU reiterates its fundamental commitment to Israel’s security, including with regard to threats in the region. The EU firmly condemns recent terror attacks in Israel as well as all forms of terrorism and remains committed to the prevention and fight against terrorism and violent extremism,” it stated.