In a first, eight women were elected to the 40-member Council of Representatives.

By HUDHAIFA EBRAHIM/THE MEDIA LINE
Voters queue up during parliamentary elections, at a polling station set up at the Seef Mall shopping centre in Manama, November 22, 2014.
(photo credit: REUTERS/STRINGER)
Advertisement

Eight women were elected to Bahrain’s Council of Representatives, the highest number of female lawmakers to serve in the 40-member elected body since the start of legislative elections in Bahrain in 2002.

Observers believe that many of the incumbents were voted out after they failed to vote to approve the country’s value-added tax rate to 10%.

The “Al-Asalah Islamic Society,” the main Sunni Salafist political party in Bahrain and one of the political parties considered to be close to the authorities in Bahrain, also failed to get any of its candidates elected to parliament, the first time since 2002.

The government, though reconstituted, did not witness a major change in ministers, since only six months have passed since the largest ministerial change in the kingdom. The constitution stipulates that the government must submit its resignation after the legislative elections, after which the king instructs the prime minister to form a government. 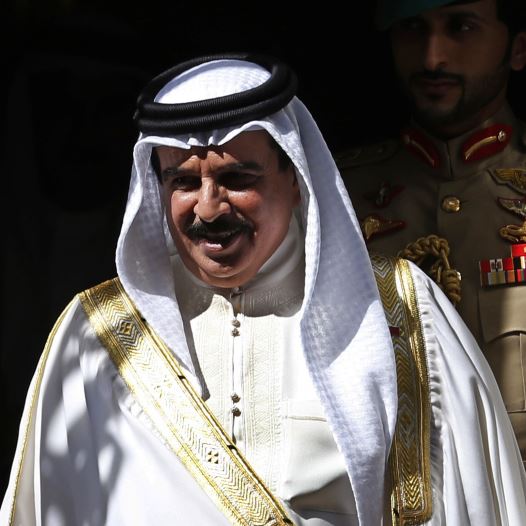 Last week, King Hamad bin Isa Al Khalifa of Bahrain accepted the resignation of the Cabinet and reappointed Crown Prince Salman as prime minister and asked him to form a new Cabinet.

The number of women in the new Cabinet also increased by one to five, after Rawan bint Najeeb Tawfiqi was appointed Minister of Youth.

The most prominent departure from the government was the minister of education, Majid Al-Nuaimi, who held the position for 20 years.

It is expected that in the coming days, the king will appoint the 40 members of the Shura Council. They are usually technocrats, in addition to representatives of a number of minorities in Bahrain, such as Jews and Christians, and includes a number of businessmen, lawyers and others.

The legislative elections also witnessed a sharp split between the parties of the Bahraini Shiite opposition, in light of calls to boycott the election made by a number of members of the Shiite Al-Wefaq Society, which was ordered dissolved by Bahrain’s highest court in 2016.

The calls for a boycott launched by the Shiite opposition did not produce any results, as the number of participants in the elections reached more than 255,000 voters, representing 72% of the total number of eligible voters in Bahrain, with a participation rate that is also the highest in Bahrain’s history.

The Bahraini elections, which witnessed the highest number of candidates ever with more than 508 competing for 40 seats in the Council of Representatives and 30 seats in municipal councils, required a run-off on November 19 for 34 constituencies since the Bahraini constitution stipulates that a winning candidate must garner more than 50% of the number of voters in the constituency, which many could not achieve on the first try due to the large number of competitors.

At least three opposition societies have been formed from the opposition front led by the dissolved Al-Wefaq National Islamic Society.

The National Progressive Democratic Tribune, or al-Minbar, a leftist association formerly allied with Al-Wefaq, won three seats in the newly elected council, while the Shiite Islamic League, which was also allied with Al-Wefaq won a single seat seat in the election.

Some eight former members of the Al-Wefaq Society were elected to the council. One prominent activist in the Shiite opposition and a former member of Al-Wefaq who did not boycott the elections, Jalila Alawi, won her constituency in a district considered to be a former All-Wefaq stronghold.

Alawi was subjected to a campaign by the opposition to tarnish her image and declare her as a traitor, due to her candidacy for the elections and her refusal to heed the boycott calls. Some social media accounts that supported the boycott also posted videos of her attacking authorities, an attempt to threaten her and her continued candidacy.

The Iranian Shiite cleric with Bahraini citizenship, Isa Qassem,  who served as the spiritual leader of Al Wefaq and who is currently residing in Najaf in Iraq after authorities in Bahrain stripped him his citizenship in 2016, accused everyone who participated in the elections of being an "agent of the authority" and of being a "traitor." However, this fatwa has caused a split on the Shiite street, among those who attacked it and others who supported it.

The split in the ranks of the opposition that occurred on the ground during the elections, followed by other disputes occurring between the activists on social media, where some supported the calls for a boycott, while others affiliated with the opposition rejected the calls for it, indicating that the “opposition” does not currently have any alternative political program.

“From my point of view, the parliament is not full of powers, but it is better than the loss that the opposition is going through.”

Sayed Mahdi Alawi, one of the activists in Al-Wefaq, rejected the accusations against the participants in the elections and told The Media Line: "It is not possible to betray everyone who participates. The opposition and Al-Wefaq Society do not have any alternative program, and they failed to manage the crisis."

Alawi continued: "From my point of view, the parliament is not full of powers, but it is better than the loss that the opposition is going through. Now there are more opposition representatives than before, and its presence was chosen by the people."

"There is no fraud in the elections,” Alawi stressed. “The results came in of front of all, everyone was there at the time of voting, election and counting."

The Media Line tried to communicate with a number of activists opposed to the elections, but none answered questions or responded to inquiries about it.

Ibrahim Sharif, the former secretary-general of the Wa'ad Association, the secular socialist National Democratic Action Society and Bahrain's largest leftist political party. He tweeted that "The current parliament is an extension of its predecessors, as it is another face of the government with a bit of clamor to discharge one's responsibility."

Ali Hussain, a Bahraini journalist, told The Media Line that "the Bahraini elections succeeded by all standards, as they were in full view of the whole world, and everyone watched the (ballot) boxes from the first moment of their arrival, until the announcement of the results, and was present at the stage of sorting papers."

He added: "The boycott calls did not succeed, and they will not succeed. Parliament has powers, and it legislates, and sees the public interest far from the factional interest of any of the parties."

Farid Ghazi, a lawyer and former member of Bahrain’s first parliament in 2002, told The Media Line: "The Bahraini elections are 100% fair, and the votes were counted in front of everyone, and Bahrain was able to present an honorable example in these elections."

As for Anas Al-Kubaisi, a human rights activist and one of the election observers, he told The Media Line: "We were one of the parties that monitored these elections, and we did not notice any irregularities from any of the parties."

"The candidates, in general, adhered to the laws, and the Supreme Executive Committee for Elections did everything in its power to make the elections fair and transparent," he added.

As for the journalist, Muhammad Issa, he told The Media Line, "The loss of the former deputies in the elections came because many people rejected their positions, and this is normal. There are deputies who did not perform the required performance, and this is the main reason for not reelecting them."

"The new parliament comes in light of difficult regional conditions, and it has a great responsibility in important fateful decisions during the year,” he said.