At least 42 migrants drown as boats capsize off Greek islands 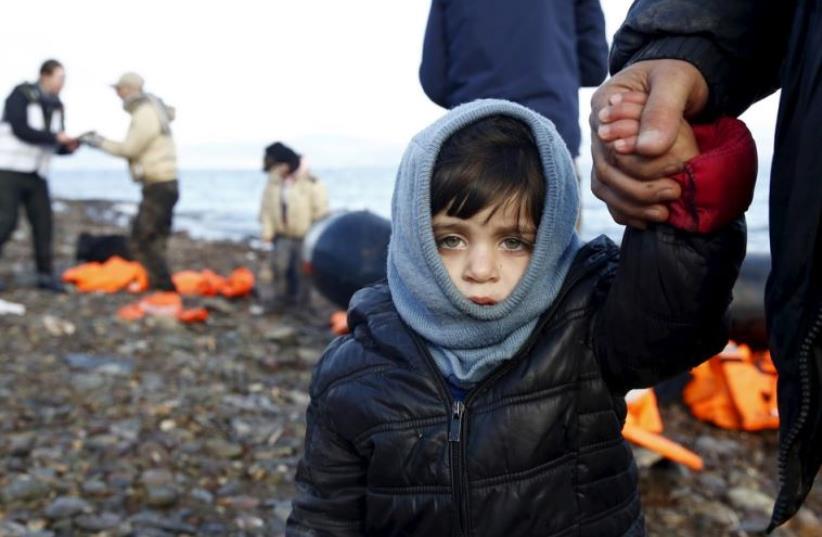 A Syrian refugee child looks on, moments after arriving on a raft with other Syrian refugees on a beach on the Greek island of Lesbos
(photo credit: REUTERS)
Advertisement
At least 42 people, including 17 children, drowned when their boats capsized off two Greek islands near the Turkish coast on Friday, coastguards said, marking one of the deadliest days for migrants risking the perilous route to Europe from Turkey.According to survivors' testimonies, dozens were on board a wooden sailboat which went down off Kalolimnos, a small island in the Aegean Sea close to Turkey's coast, one coastguard official said. The coastguard rescued 26 people and recovered the bodies of 34 migrants in one of the worst incidents in months, the official said. It was not clear why the vessel capsized.In the sinking at Farmakonisi, another small island also close to the Turkish coast, six children and two women drowned when their wooden boat crashed on rocks shortly after midnight."Another 40 migrants on the vessel managed to swim to the shore," the coastguard said in a statement."Once again, last night ruthless human smugglers at the Turkish coast crammed dozens of refugees and migrants in risky and unseaworthy vessels and led innocent people, even young children to perish," the shipping ministry said in a statement.The International Organization for Migration said the deaths of migrants and refugees in the Mediterranean already make this "the deadliest January on record." The latest incidents bring the number of people killed on the eastern Mediterranean route in the past year to at least 900, said IOM spokesman Joel Millman in Geneva. The total number of arrivals in Europe by sea rose to about 37,000 in January, more than six times the combined figures for the same month in 2014 and 2015, usually a slow month due to the bad weather.Fleeing war, thousands of mainly Syrian refugees have braved rough seas this year to make the short, but precarious, journey from Turkey to Greece's islands, from which most continue to mainland Greece and northward into wealthier western Europe.Winter conditions make the journey even more dangerous.