Zayed, 52, escaped from Israeli custody over 25 years ago after being convicted of murdering an Israeli yeshiva student in 1986. 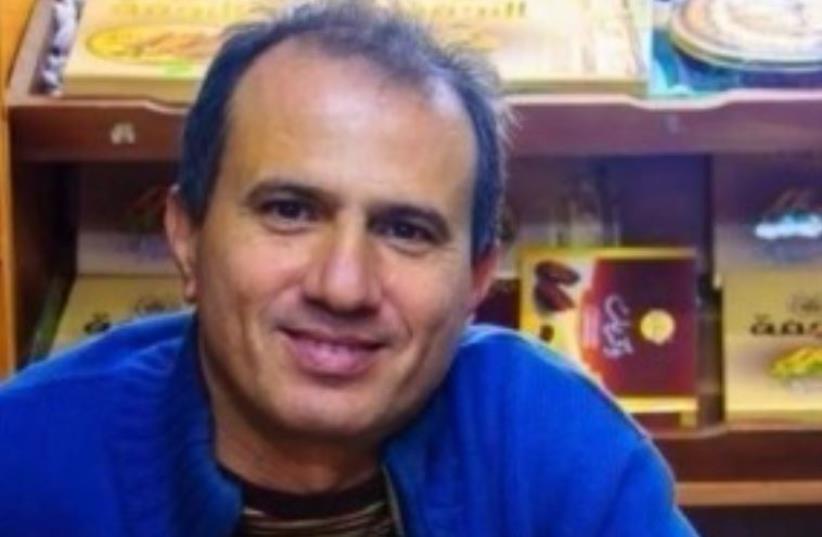 Omar Zayed, Palestinian man who died at the embassy in Bulgaria.
(photo credit: ARAB MEDIA)
Advertisement
Bulgarian authorities investigating the death of a Palestinian terrorist wanted by Israel said on Saturday that there were no signs he had been shot.Omar Nayef Zayed, who had taken refuge at the Palestinian Authority’s embassy in Sofia after authorities had sought to detain him following an extradition request by Israel in late December, was found dead there on Thursday.Prosecutors said in an initial statement that they had been alerted by a representative of the mission “about a man who died as a result of violence,” but a spokeswoman for the prosecutors later said there were no signs of violence on his body.She said Zayed had been found in the mission’s backyard, and prosecutors were investigating whether he had been pushed or had fallen from a high floor, as well all other possible causes of death.PA President Mahmoud Abbas ordered an investigation into what he called an assassination, according to the official Palestinian news agency WAFA.“The president has condemned the crime in the strongest terms possible and has ordered the members of the [investigation] committee to travel immediately to Bulgaria to discover what happened,” WAFA said.Abbas spokesman Nabil Abu Rudaineh said the presidency would pursue the issue with Bulgarian authorities.Bulgaria’s chief prosecutor, Sotir Tsatsarov, told reporters there was evidence that Zayed had been living at the embassy.Bulgarian Prime Minister Boiko Borisov, who returned from a visit to the Palestinian territories and Israel late on Thursday, said Zayed’s extradition had been brought up in meetings by both Palestinian and Israeli authorities.“I told both sides that Bulgaria respects the rule of law and will follow the legal procedures in the case,” he told reporters in Bulgaria’s parliament on Friday.Zayed, 52, escaped from Israeli custody in 1990 after being convicted of, together with two other Palestinians, murdering yeshiva student Eliyahu Amedi in the Old City of Jerusalem in 1986. Last month, it was reported that he had been given 72 hours to turn himself in for extradition to Israel or face arrest.Bulgarian investigators said Zayed’s body was found by a member of the diplomatic staff, who had parked his car nearby. Authorities said he was still alive when an ambulance was called, but was pronounced dead before arriving at a hospital.Zayed’s brother Hamzeh held the PA and its embassy in Bulgaria responsible for the “assassination” of his brother, saying it had informed his brother’s widow that an “unknown group” had raided the mission and assaulted him.“The Palestinian ambassador is complicit in the killing of my brother,” Hamzeh Zayed told an online newspaper affiliated with the Popular Front for the Liberation of Palestine.“From the first day that he sought asylum inside the embassy, the ambassador and the staff had been trying to expel him. The security personnel at the embassy did not provide him with protection.”The brother said the PA and the embassy staff “must pay a political price because they were complicit in the assassination.”A Foreign Ministry spokesman in Jerusalem said it learned of Zayed’s death in the media and was studying the information.Amedi’s sister Yaffa Pinhasi told Channel 1 she believed that Israeli agents were behind the killing.“Whoever did this deserves praise,” she said.Zayed was sentenced to life in prison for the murder, but escaped while being moved to a hospital after he began a hunger strike. He fled to an Arab country and then to Bulgaria, where he lived since 1994.Reuters contributed to this report.