The car exploded a few hundred meters from Rakban camp in a desolate eastern area of the country. 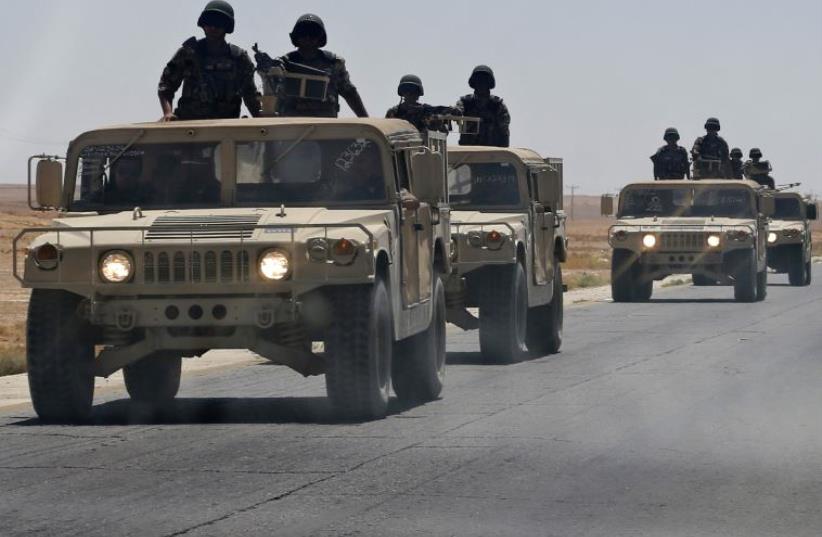 A Jordanian army convoy
(photo credit: REUTERS)
Advertisement
A car bomb attack at the Jordanian-Syrian border on Tuesday killed six Jordanian guards and wounded 14 more, a Jordanian army source said.The explosives-laden vehicle exploded a few hundred meters from a camp for Syrian refugees in a desolate eastern area of the country where the borders of Iraq, Syria and Jordan meet, a Jordanian army statement said. A Jordanian official source said the attack was launched from the Syrian side of the border.The army said a number of other vehicles used in the attack were destroyed, adding that a number of army personnel had been wounded. The attack that took place at 5.30 a.m. (0230 GMT).Jordan is a staunch ally of the United States and is taking part in the U.S.-led campaign against Islamic State in Syria, where the jihadist group still controls large areas of territory including much of the east.Earlier this month, five people including three Jordanian intelligence officers were killed in an attack on a security office near the Jordanian capital, Amman. The authorities said that was an isolated incident.The makeshift Rakban refugee camp has since last year seen its population grow exponentially from several thousand to over 50,000 people in recent months as the fighting in Syria intensified, according to relief workers.