The veto override is a blow to Obama, and to Saudi Arabia, one of the longest-standing US allies in the Arab world. 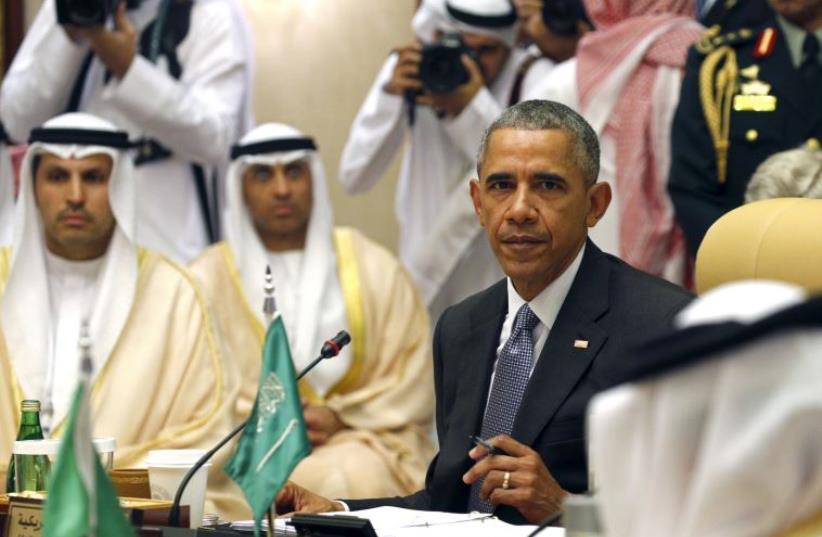 US President Barack Obama takes part in a summit of the Gulf Cooperation Council (GCC) in Riyadh, Saudi Arabia April 21, 2016
(photo credit: REUTERS)
Advertisement
The House of Representatives voted overwhelmingly on Wednesday to reject President Barack Obama's veto of a bill allowing relatives of the victims of the Sept. 11 attacks to sue Saudi Arabia, the first veto override of Obama's eight-year-long presidency.The vote was 348-76, well above the two-thirds majority needed for an override. The Senate earlier opposed the veto by 97-1, so the "Justice Against Sponsors of Terrorism Act" will become law.The veto override is a blow to Obama, and to Saudi Arabia, one of the longest-standing US allies in the Arab world. Obama said the Justice Against Sponsors of Terrorism Act would hurt US national security. The bill passed earlier this month in reaction to long-running suspicions, denied by Saudi Arabia, that hijackers of the four US jetliners that attacked the United States in 2001 were backed by the Saudi government.Obama said other countries could use the law, known as JASTA, as an excuse to sue US diplomats, service members or companies - even for actions of foreign organizations that had received US aid, equipment or training."Removing sovereign immunity in US courts from foreign governments that are not designated as state sponsors of terrorism, based solely on allegations that such foreign governments' actions abroad had a connection to terrorism-related injuries on US soil, threatens to undermine these longstanding principles that protect the United States, our forces, and our personnel," Obama said in a statement.New York Senator Chuck Schumer, who has championed the measure, immediately made clear how difficult it will be for Obama to sustain the veto.If two-thirds of the lawmakers in each of the Senate and House of Representatives vote to override Obama's veto, the law would stand, the first such override since he became president in 2009. Obama leaves office in January.Schumer, the No. 3 Democrat in the Senate, issued a statement within moments of receiving the veto promising that it would be "swiftly and soundly overturned."A group of survivors and families have pressed Congress to uphold the legislation, calling Obama's veto explanation "unconvincing and unsupportable."The Saudi government has lobbied heavily to stop the bill, as has the European Union.Major US corporations such as General Electric and Dow Chemical have also pressed lawmakers to reconsider."The bill is not balanced, sets a dangerous precedent, and has real potential to destabilize vital bilateral relationships and the global economy," GE Chief Executive Jeffrey Immelt said in a letter to Senate Majority Leader Mitch McConnell, who backs the legislation.