"The negotiations on the subject have ended in success," Abdollahian explained and noted personally, "I estimate that the S-300 delivery will take place in quite a short time." 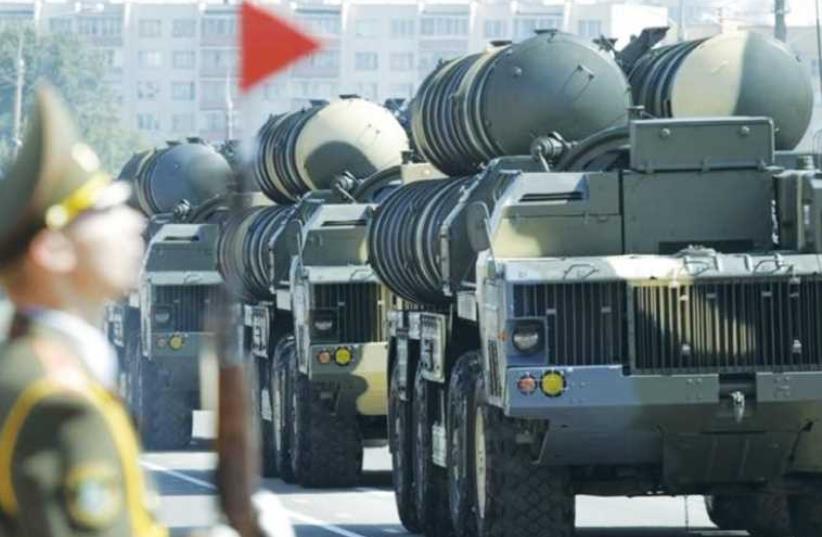 THE S-300 MISSILE launching system
(photo credit: REUTERS)
Advertisement
Talks between Russia and Iran over the sale of sophisticated S-300 surface-to-air missiles are progressing, a top Iranian official told state media on Monday.Hossein Amir-Abdollahian, Tehran’s deputy foreign minister for Arab and African affairs, traveled to Moscow on Monday for a meeting with Russian Deputy Foreign Minister Mikhail Bogdanov, Press TV reported.During a joint news conference, Amir-Abdollahian said that the S-300 negotiations “have been successful.”Last month, Russian media quoted a Kremlin official as saying that supplying Iran with Russian S-300 missile defense systems is not a matter of the nearest future."It is more important that a political and legal decision, which opens up such a possibility, is taken," Sergei Ryabkov, a deputy foreign minister, said according to TASS.Foreign Minister Sergei Lavrov, in a radio interview with Sputnik, tried to downplay the impact of the sale of the S-300 to Iran.“The S-300 cannot be used for protection against nuclear weapons,” Lavrov said, adding that “the S-300 is only good for protection against non-strategic missiles, against air strikes.”But he then clarified that, with the S-300, “those who want to deliver a strike at Iran will have to think at least twice before doing it.”Lavrov said his country has a right to sell the S-300, adding that Iran needs the anti-missile system for self-defense.“The developments in Yemen and the rest of the region point to huge risks. We don’t want Iran to become another target for the illegitimate use of force,” Lavrov said in the radio interview with Sputnik.Russia felt free to move forward with the sale of the S-300, he said, because the six powers and Iran had agreed on a framework deal to curb Tehran’s nuclear program, the details of which are expected to be finalized in June.Israel is opposed to the framework agreement, which it believes will allow Iran to continue to both develop its nuclear weapons program and increase its stockpile of conventional weapons.It views the S-300 sale as proof of the danger of finalizing the framework agreement and has argued that only continued and increased sanctions against Iran would force it to halt its nuclear program.US President Barack Obama warned that the United States could “penetrate” Iran’s S-300 supply if Russia sells the advanced missile-defense system to the Islamic Republic.Speaking on the MSNBC program Hardball with Chris Matthews, Obama underlined that the US objected to Russia’s decision to lift the ban on the S-300 sale to Iran, saying the move is of particular concern due to the ongoing negotiations between world powers and the Islamic Republic on a final deal regarding its disputed nuclear program.