Egyptian minister under attack following remark about the Prophet Muhammad

In an interview with El Balad TV on Friday, Zind said in answer to a question on whether he intends to imprison journalists who criticize him: "I would imprison anyone, even if it is the Prophet." 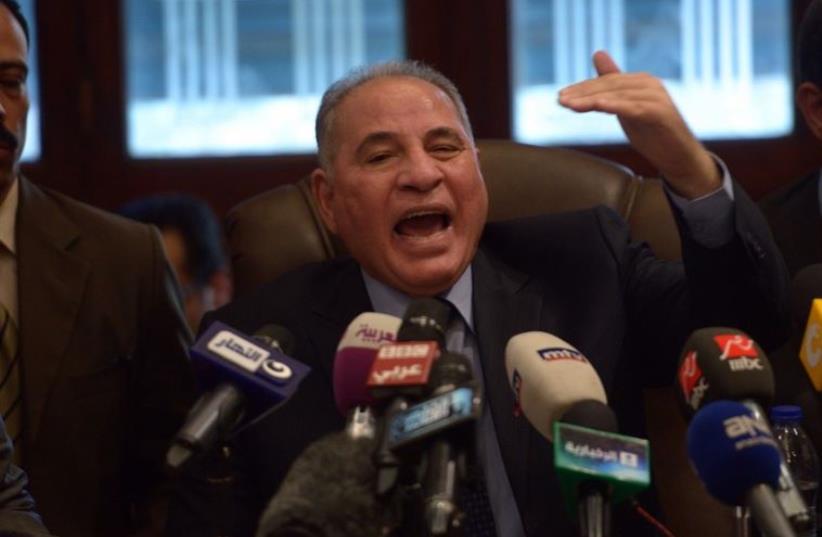 Egyptian Justice Minister, Ahmad Zind
(photo credit: EGYPTIAN MEDIA)
Advertisement
Egyptian Justice Minister Ahmad Zind has been a target for mockery and heavy criticism by Egyptians in the past few days following a controversial comment he made about Prophet Muhammad in a recent television interview.In an interview with El Balad TV on Friday, Zind said in answer to a question on whether he intends to imprison journalists who criticize him: "I would imprison anyone, even if it is the Prophet."Following this comment, Egyptian activists launched a massive social media campaign urging President Abdel Fattah al-Sisi to immediately oust Zind for his offense against the Prophet and put him on trial.Zink's remarks aroused a great furor in Egypt, to the extent that al-Azhar, Egypt's primary Sunni religious institution, released on Sunday a statement warning over "offense against prophecy." Zink, who is notoriously known for his demand from the army to kill hundreds of thousands of Muslim Brotherhood members in order to "take revenge on the terrorists," said on Saturday that he regrets his words and that he never meant to offend the Prophet.Many Egyptians attacked the regime for ignoring the crime of Zind, who offended the Prophet, while punishing TV anchor, Azza al-Henawy, for criticizing Sisi during her evening program.