If Egypt were to stop Female Genital Mutilation than "we will need strong men, and we do not have men of that sort." 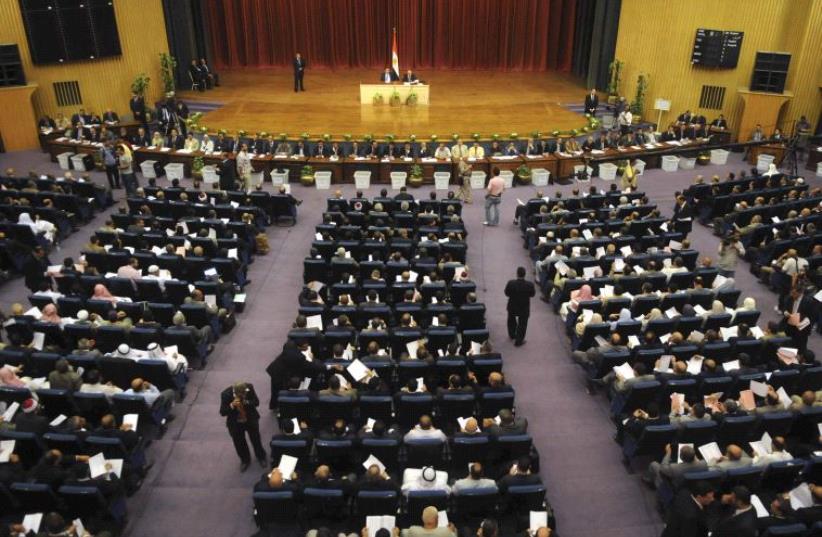 Egyptian Parliament
(photo credit: REUTERS)
Advertisement
Egypt is allegedly up in arms after after a member of parliament justified the act of Female Genital Mutilation, saying it "reduces their libido" and would "match the sexual impotence" of Egypt's men."Our male population suffers from sexual impotence," said Elhamy Agina, according to the New Arab news site."This is evident," he said "in the fact that Egypt is one of the biggest consumers of sexual stimulants." If Egypt were to stop female genital mutilation than "we will need strong men, and we do not have men of that sort."Many Egyptian parents believe the detrimental procedure will guarantee purity and chastity while quelling their daughters' sexual desires, making them, as they claim, more attractive for marriage.The controversial ritual procedure, dating back thousands of years, is often conducted by a charlatan healer on per-pubescent girls using a razor blade and no anesthesia.Victims of the procedure are left to cope with a range of consequences from bleeding and pain while urinating, extreme discomfort during sexual activity, fatal complications in childbirth and deep psychological trauma.Egypt banned Female Genital Mutilation in 1996 and criminalized it in 2008.Last week, the Egyptian cabinet approved a bill increasing jail terms for people who perform the procedure and those who escort the girls to the practice.The politician Agina, was also criticized in June after saying that women should dress more modestly in the Egyptian parliament.